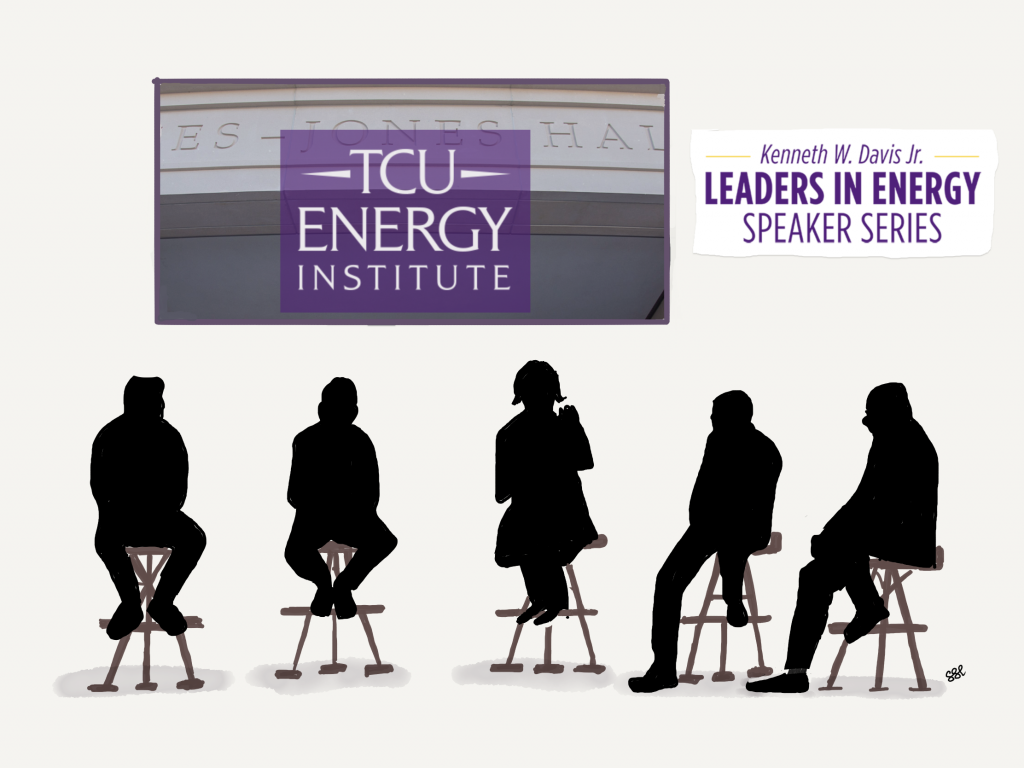 Thanks to digital innovations, the energy system and fintech are converging in a powerful new model that may well disrupt the established order. Please pay attention.

A Panel Discussion on Energy and Finance

I recently delivered a keynote address and participated in a panel discussion on the convergence of energy technology and financial technology (or fintech). The organizer of the event was the TCU Energy Institute, which is part of the Texas Christian University (TCU) Neeley School of Business. The Energy Institute is unique in taking on this idea of convergence of these two economic pillars and leads the industry in exploring this blue ocean.

My remarks were framed on a single idea: Energy is diversifying, but the energy systems of the future are contestable, and a combination of industry incumbents and digital natives are best positioned to be the heroes of that contest. My reasoning was that the advantages of incumbency (regulatory insight, depth of talent, access to capital, project execution) are no longer sufficient in a world where digital companies attract all the capital, and, by extension, all the talent. Energy companies can put their advantages back to work by adopting the digital knowhow of the next generation digital natives.

The panel then explored specifically how energy technology and financial technology are converging and that convergence centers around distributed ledger technology, or blockchain.

This post summarizes the high points of the discussion.

To kick off, we need to get centered on some terminology.

Fintech refers to the role of modern digital technologies in transforming the finance industry. Familiar examples include mobile banking, contactless banking, new payment methods, direct funds transfer, international funds transfers, and digital currencies. The finance industry is not the first industry to experience the disruptive impacts of digital innovation, but it is well ahead of energy.

Energy technology (call it Entech) refers to the role of modern digital technologies in transforming the Energy industry. For oil and gas, examples include machine learning for asset optimization, digital twin analytics of assets and plants, augmented reality for asset design, and mobility for field workers. Entech still dwells on digital innovations improving the existing business models, whereas fintech tends to be much more disruptive to established business models.

FinEntech (you heard it here first) refers to digital innovations that are at the intersection of finance and energy. Energy companies typically run four parallel macro processes where fintech intersects with energy:

For as long as I can remember, the commercial processes involving finance ran separately from the capital and operational processes, interconnecting infrequently. This continues to be reflected in the on-going executive roles of VP Development (capital) VP Operations (ops and maintenance) and CFO (finance).

The key technology that disrupts this long-standing structure is distributed ledger technology (DLT), also called blockchain. Blockchain is simply a novel database design first described in 2008 as a way to maintain records between parties who don’t trust each other, but without a central agent to provide that trust. A blockchain database has transactions (records) that are recorded sequentially by time stamp. The blockchain database is distributed and maintained simultaneously on many different computers, in many differently locations, using complex encryption and mathematics to update the database (by consensus) which ensure that the transactions are immutable and cannot be altered.

Bitcoin is the high visibility blockchain use case that has captured the imagination of many investors, but blockchain has so many other uses that can create value in oil and gas by lowering costs, eliminating disputes, and detecting fraud.

There is widespread media criticism of blockchain technology because of its energy intensity. The energy spent in bitcoin mining is often compared unfavorably to the energy consumed by small countries. Most countries produce some data about the energy intensity of their economies, and third parties (BP, the IEA) generate reliable estimates of energy usage, and so the comparison is easily done.

But just because a comparison can be made doesn’t make it relevant.

Energy consumption of bitcoin should be compared to the energy consumption of the alternative, which is the energy consumed by the status quo, or global sovereign currency usage. In this, bitcoin looks pretty miserly. For example, Canada’s banking industry is 6% of GDP (the country’s largest industry after energy) and a very significant portion of the cost of the banking industry is workers (tellers and the like) and payments processing. What are the full scope 1, 2 and 3 emissions associated with their activity? What of the costs of designing, building, operating and maintaining all the ATMs and their cash drawers? What about the level of effort and associated emissions companies and individuals put into invoicing, receipts processing, lost payments, collections and error handling? What about foreign exchange, Visa cards, debit card processing?

Industry-wide benchmarks put the costs of the typical company finance function at 1-2% of company revenues, and those costs are very much tied to legacy processes in place to handle physical sovereign cash. Bitcoin and related fintech products could make a big difference in these costs.

I too have flagged the use of high energy public blockchain technology as inconsistent with an energy industry narrative of environmental sustainability, but that to me means fixing the narrative and supporting the use of lower energy solutions.

The energy industry is capital intense. For example, oil and gas requires new capital of $500b to $1t each year to keep pace with demand, to replace depletions, and to address abandonment obligations. The power industry needs less annually, but will soon need trillions to transform grids, build renewable plant, and upgrade residential and light commercial and industrial energy use. With capital markets overwhelmingly favorable to digital businesses, and skittish about exposure to the energy industry, there is a crisis level imperative to innovate capital access and capital execution in the sector.

Capital access is tricky, as capital markets are just as highly regulated as energy, and the first attempts to raise capital through tokens and cryptocurrencies failed their regulatory tests.

Capital execution, however, is still verdant territory for innovation. For example, equipment makers are testing out how best to create subscription based business models that are tied to cycles or usage or data access, and not purchase and sale. Capital projects themselves are prime candidates to use the track-and-trace performance of blockchain solutions that clearly work in operations. The construction industry has its share of fraud, from shoddy work, corner cutting, and  inferior product substitution, all of which are improved using trust technologies.

The power industry has benefitted from over 100 years of experience in energy conversion from a range of fuels (coal and hydrocarbons, wind and solar, hydro, tidal, biomass, nuclear) metering energy, and storing power (batteries, pumped storage, compressed gas). They know how to do power. However, there are now three new, and interrelated, requirements:

The EPC industry is gearing up for the coming wave of capital investment to alter grids and energy value chains at a physical level, but on the commercial side, companies need to overhaul how they work with their ecosystem to record energy conversion, transmission, distribution, storage and consumption. Blockchain databases hold the key to addressing these requirements.

As an example, consider the existing trials underway of blockchain based micro grids in the US and Australia. Solar collecting homes wheel their excess power into batteries and to solar deficient homes, bypassing the grid, and using blockchain to record all the generation, storage, consumption, buy and sell transactions.

It’s now a race against time. Imagine the contest to decarbonize, digitalize and diversify the energies that supply humanity with virtually everything as a marathon race, with the regulators playing the role of course designers, and COP25 as the starting gun.

Frankly, the course is not yet designed. The regulators are still not of one mind on how to do this despite the urgency. The rules are not even clear, which is problematic when energy investment time horizons are measured in years.

Regulators in many settings are frantically studying the implications of cryptocurrencies to supplant sovereign currencies in capital markets, payment areas, funds transfer, insurance, pension, taxation, legal, contractual, privacy, and a host of other domains. Some are further ahead than others.

Geopolitics are now a factor. China, as the global leader of technology-driven authoritarians, recently banned all crypto currency activity in the country save for their one nationally sanctioned currency which they hope to be in use by the next Olympics.

The global oil and gas industry is US dollar denominated, and over the past half century or so, has developed a full trading and futures market in addition to the standard commercial model. Price discovery is widespread, with benchmarks, exchanges, standard contracts, and reliable settlement mechanisms all in place, and underpinned with regulation. Many nations (Russia, China, Venezuela and others bent on avoiding the US banking system) would love to see a new settlement currency arise, and one with bitcoin’s features is most attractive.

Energy is diversifying, and the energy systems of the future are contestable. The incumbent energy companies in western open economies, including their regulators, need to swiftly embrace the emerging financial energy technologies to meet our sustainability and economic security needs.

ESG in the Energy Industry – Tuning the Dial