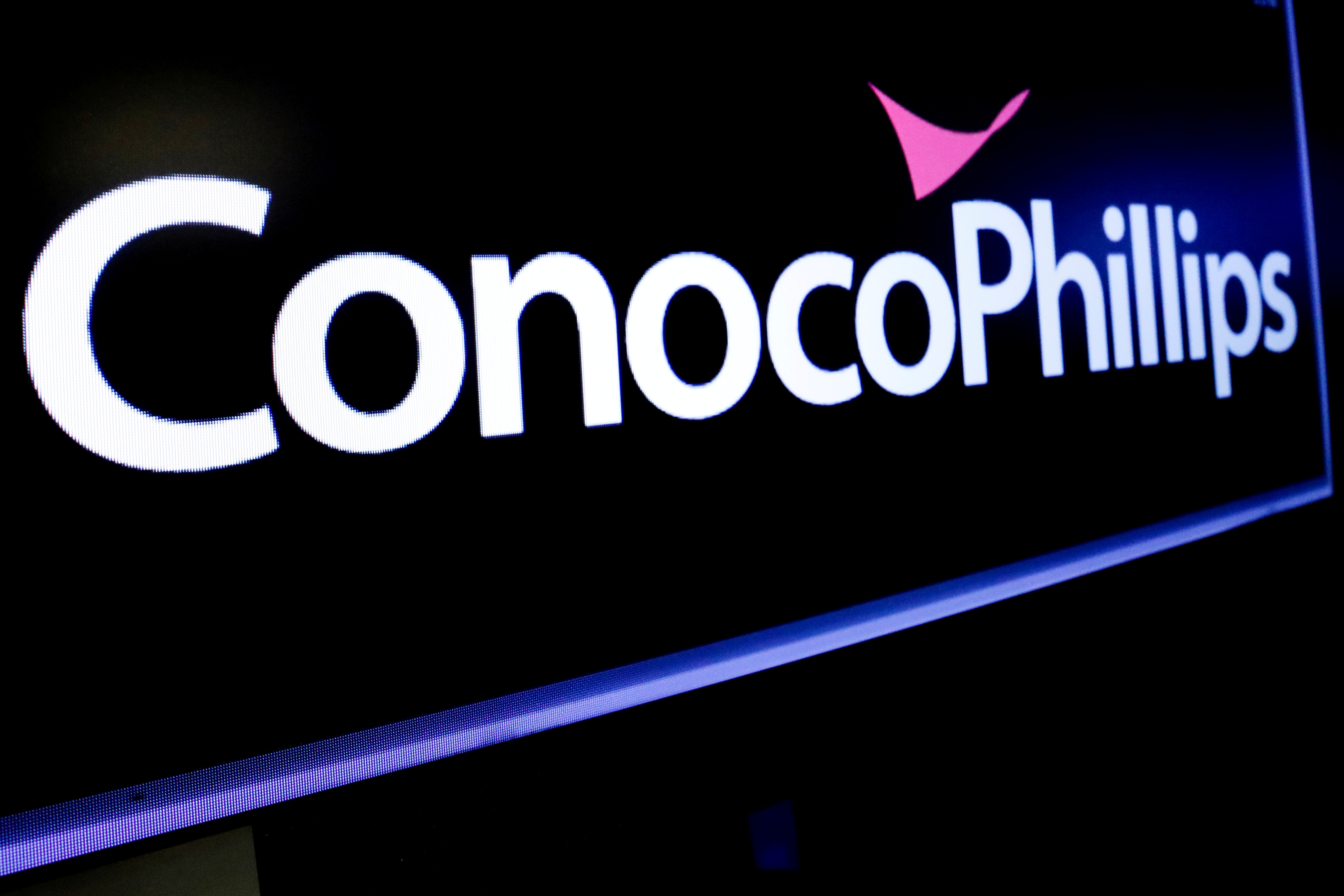 The logo for ConocoPhillips is displayed on a screen on the floor at the New York Stock Exchange (NYSE) in New York, U.S., January 13, 2020. REUTERS/Brendan McDermid/File Photo

Sept 23 (Reuters) – ConocoPhillips (COP.N) is offering to sell about $500 million in conventional oil and gas properties in the top U.S. oil basin, according to a marketing document seen by Reuters, hoping to unload less valuable acreage after two major shale acquisitions.

RBC Capital Markets did not reply to requests for comment.

ConocoPhillips has signaled its interest in accelerating divestments after the two shale deals. It plans to divest as much as $5 billion in assets by 2023, with a focus on less productive parts of its Permian portfolio, it said this week. It also has said it aims to sell a stake in some of its Alaskan assets.

Its Permian properties were valued at around $500 million, based on proved developed producing (PDP) valuation measures, the marketing document said.

Initial bid proposals are due on Oct. 13. The CBP assets produced about 9,260 barrels of oil and gas per day (boepd), while the Northwest Shelf produced about 3,840 boepd, the document added.