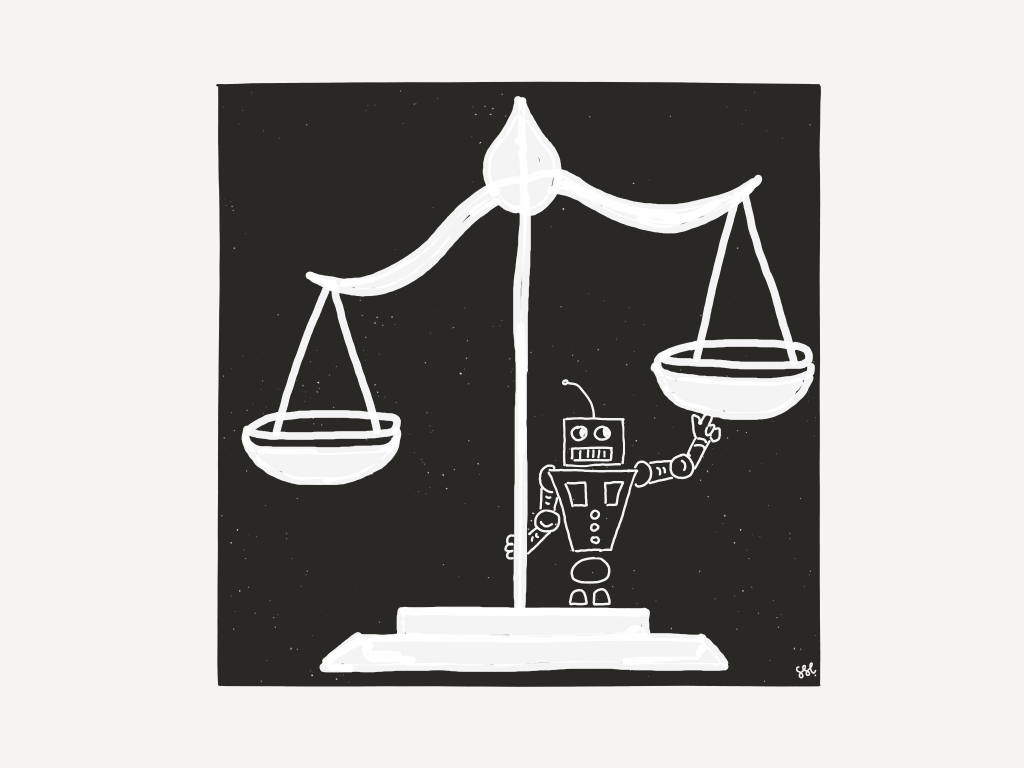 For those interested in pursuing digital innovations in oil and gas, beware the ethical questions that lie just beneath the surface. Ethically driven digital is real.

I’ve reached into the archives for this article, which was originally published on March 1, 2021.

Ethics and Oil and Gas

The study of ethics in oil and gas dates back at least 50 years. It has long been recognized that there is an ethical dilemma at the very heart of the industry—the production and consumption of petroleum produces great benefits for society but at a serious environmental and social cost. Halting the industry will quickly starve us and continuing the industry will slowly cook us.

This past year has introduced a new and powerful variable to the industry, namely digital innovation. The pandemic is boosting tailwinds for digital innovation in a wholly unanticipated manner. Many business processes that are contingent on close human interaction (staffing in control rooms, sharing vehicles to facilities, processing paperwork in central offices), are being rapidly reconfigured to improve health and safety. Digital innovations, such as video conferencing and collaboration tools, are proving key to these transformations.

The pandemic, along with an unfortunate volume war between producing nations in February of 2020, also triggered a dramatic supply and demand imbalance in the global market for oil. Supply expanded for two months precisely when demand collapsed, causing prices to tumble, storage to fill, and parts of the supply chain to shut down. Some of those changes are now permanent, such as the closure of refineries in Australia. The industry, in response, has to aggressively capture any available cost and productivity savings available, many of which are tied to digital innovations.

A final driver is the industry’s response to ESG (environment, society and governance) pressures from capital markets, regulators, governments and society at large. For an industry that is capital constrained but rich with under exploited data assets, oil and gas is able to partially respond to ESG using its bits and bytes.

But in this rush to exploit digital innovations, the industry may not be paying close attention to the ethical questions associated with digital adoption.

It might not be that obvious but there are indeed vexing ethical questions lurking behind the use of digital tools in oil and gas. I suppose these questions might be trivial in the eyes of the industry, but there is still merit in at least considering them as the industry evolves with the times.

Ethical questions arise when one is faced with multiple alternatives to pursue, moral arguments exist in favour of, or against, each alternative, and it’s not possible to execute all alternatives so as to achieve a morally balanced outcome.

For example, managers of upstream oil and gas require their workers to carry out conflicting actions, such as maintain a producing well and not harm the environment. Practically speaking, the worker cannot do both, if maintaining the well also requires the worker to drive to the well, thus harming the environment because of tailpipe emissions. The workers seem condemned to moral failure; no matter what they do, they will do something wrong, at least in someone’s eyes.

A more thoughtful digital example involves wearable technology. The latest wrist watches incorporate such clever features as heart rate monitoring that pick up aberrant heart behaviour, and gyrometers that can detect sudden falls or an abnormal prone body position. Managers may be motivated to deploy such technology out of an abundance of safety concern for their workers, but such technology can equally be abused as an intrusive surveillance mechanism.

I happened to be on a panel discussion about digital innovation in the extractive industries along side a mining executive. He told a story from their business where they applied machine learning to the problem of plant operations. Apparently, it was well understood in the plant that the weather played an outsized role in equipment efficiency, and once the temperature reached a certain low temperature, plant operators led the facility into a controlled shut down. The senior engineers, who had devoted a lifetime to running the plant, were utterly convinced from experience that the target temperature driving the shutdown was correct.

The machine learning algorithm, however, concluded that the optimal temperature was in fact significantly lower and the plant could maintain safe operations for far longer than the engineers believed possible.

Should the plant managers follow the algorithm’s direction and lower the threshold for shutdown? If the algorithm is incorrect, the facility incurs costly damages, the technology is thoroughly discredited, and the engineers vindicated in their opposition to this technology. If the algorithm is correct, the benefits to the company’s shareholders are enormous, but the reluctant engineers could stand accused of decades of mismanaging the facility. Their personal dignity, relevance and sense of self worth are on the line.

There are many similar complex processes in oil and gas that are under human control, from well scheduling, downhole services planning, frack execution, water handling, pipeline management, facilities operations, and power choices. Oil and gas is rich with high paying intellectual jobs that are suddenly at risk from the transformative power of smart technology.

Have you caught any of the recent images from the latest NASA rover buggy that has landed on Mars and is now traipsing its way across the marscape exploring for signs of Elon Musk?

Or how about the dancing robots from Boston Dynamics (a robot business owned by Hyundai and SoftBank), who can bust moves better than a dance act on America’s Got Talent?

We’ve long known that human pilots at the controls of aircraft are unnecessary. military drones prove that fact. It’s the same with many plants and facilities — humans are not only superfluous to need but they’re also costly and unsafe, underscored by the arms race we run trying to create perfectly safe risk free environments for the humans. Automation is coming soon to the trucking and logistics industry, as self driving technology advances. Australia already has automated rail operations, and many mine sites now use driverless dump trucks.

But moving control rooms from distant sites to cities and running them remotely means job impacts for people who live close to sites and have few job alternatives. Replacing truckers with robots displaces more such workers. Many may be from indigenous communities.

Combine automation of front line jobs with automation of the intellectual jobs and the vision of fully automated industrial supply chains come into view. Should managers pursue such innovations, which offer dramatically safer work places, a lower strain on health systems, and a reduction in environmental effects, but at the cost of very significant job dislocation, civil unrest, collapsing communities, and mental stress?

Have you ever tried to gain access to a protected oil and gas facility? These are pretty tightly controlled plants, and for good reason. Only authorised people should be able to gain access, both for their safety and ours.

Every day, a constantly rotating crew of contractors and their workers descends on the plants to conduct inspections, repairs, and routine servicing. During turn arounds, a small contingent army needs fast and daily access for a short timeframe. Social distancing makes this a tricky problem as hundreds of workers queue up to enter and exit. Making this a streamlined and touch less interaction creates demand for better ways to permit the authorised and to block the nefarious.

But these facial recognition tools are yet another element in the surveillance culture. The technology is open to abuse particularly among those nations who do not respect individual privacy. The algorithms must be trained and that requires lots of photos of people, who may not have agreed to surrender their images for this purpose. Imagine the technology has the ability to detect if someone is from a specific population group, and blocks that person from access to a facility. Or the technology is used to screen job applicants and subtly prevents candidates from some jobs based on ethnicity.

We are quickly becoming accustomed to the collection and use of biometric data to enable our personal lives. Just look at the convenience of fingerprint and facial recognition to unlock our devices. But this technology has many morally repugnant uses too.

There are many similar ethical problems across the digital landscape:

To get ahead of these ethical questions, managers should leverage their normal governance processes used to guide decision making. Those processes should provoke managers to challenge the moral quality of their choices. ESG professionals might be well suited to help in this effort.

We Need Energy Assets To Be Built Better – Geoffrey Cann
What is Asset Management and Why it is Essential to Successful Businesses
How Connected Gas Detection Devices Reduce Total Cost of Ownership (TCO)
Kingsway Instruments: Canada’s Most Trusted Calibration Lab and Test Equipment Supplier of Electrical, Dimensional, Humidity, Pressure, Temperature, and Torque Tools