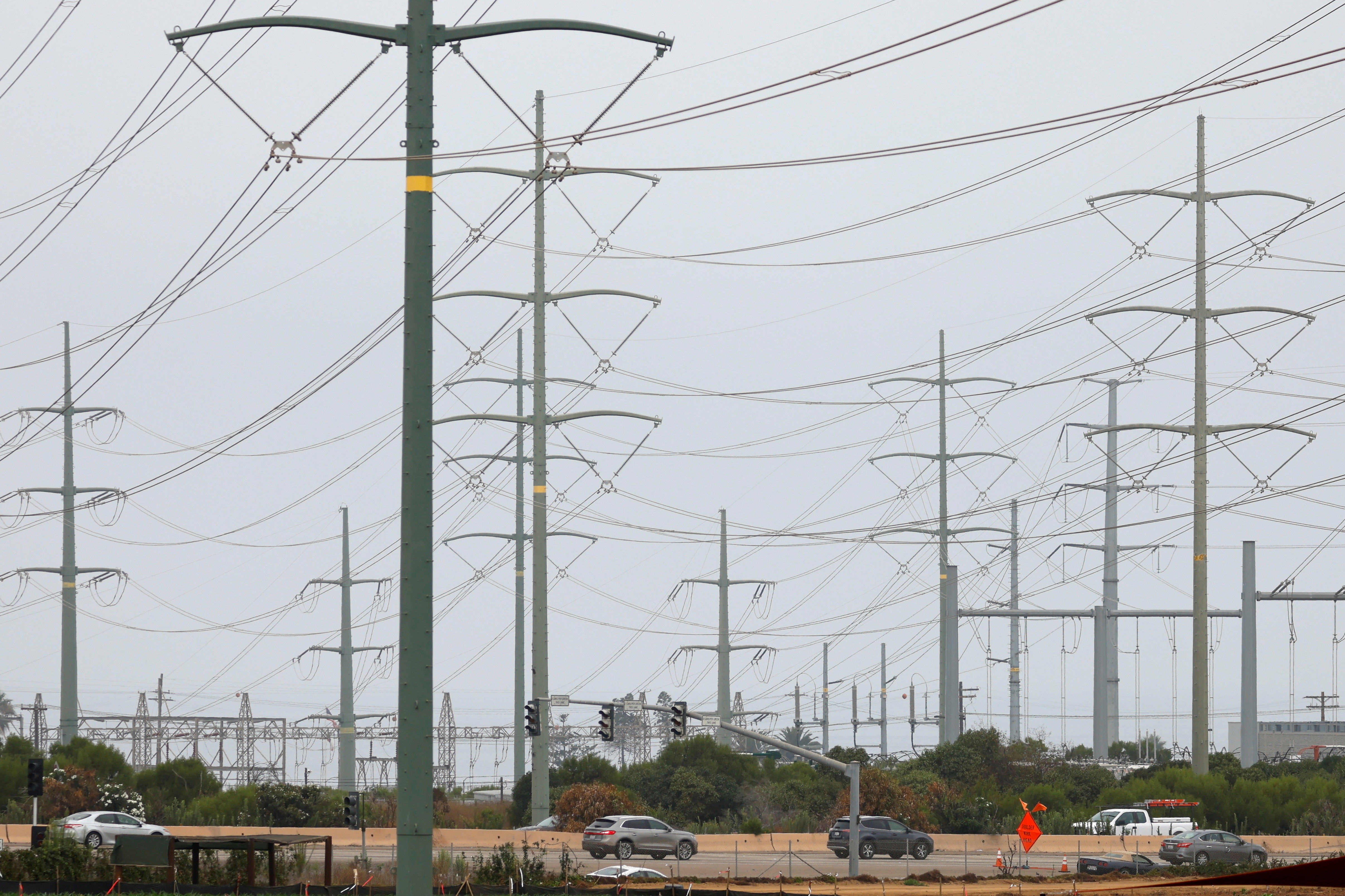 Power lines are shown in California ahead of a heave wave in 2020, in Carlsbad, California, U.S., August 17, 2020. REUTERS/Mike Blake/File Photo

WASHINGTON, July 14 (Reuters) – A U.S. Senate committee on Wednesday passed a bill on climate and energy initiatives that are expected to be debated as part of the wider bipartisan infrastructure bill.

The Senate energy panel voted 13 to 7 to pass the bill, which authorizes about $100 billion for initiatives such as helping the power grid handle more electricity from renewable sources, boosting production of hydrogen from sources that are cleaner than fossil fuels, and capturing carbon from fossil fuel plants and other industry before it can reach the atmosphere.

The bill, sponsored by Senator Joe Manchin, a Democrat and the chairman of the committee, also includes initiatives to boost nuclear power.

The senior Republican on the committee, Senator John Barrasso of top coal-producing state Wyoming, voted against the legislation saying it does not do enough to increase domestic mining for critical minerals used in everything from cell phones to renewable energy. China is the top producer of many of those minerals. Barrasso said he would continue to work on measures in the bill.

Manchin thanked Barrasso and other Republicans for working on items they agreed on, such as funding for cleaning up abandoned coal mines and oil and gas wells, and not blocking the bill from passing.

“Even though they may not have agreed with where we were going on a few items, they basically did not put a roadblock up,” Manchin said.

“There is plenty of work still to do to enact strong climate policies in this Congress, but this is a vital piece of the puzzle,” said Lindsey Baxter Griffith, director of federal policy at Clean Air Task Force.

President Joe Biden, a Democrat, is pushing Congress to pass a sweeping two-track infrastructure package that includes the 1.2 trillion bipartisan bill and a Democratic-led bill expected to include more initiatives on climate.

Senate Majority Leader Chuck Schumer and Senator Bernie Sanders, the chairman of the budget committee, briefed Democrats at a lunch on Wednesday on climate items in the proposed $3.5 trillion budget reconciliation bill.

The proposal, which will likely need all 50 Senate Democrats to pass, includes a Clean Energy Standard (CES) that aims to help Biden reach a goal of achieving 80% clean electricity by 2030 while advancing environmental justice, a senior Democratic aide said.

A CES would set gradually rising targets for the power industry to cut emissions by adopting wind and solar, using nuclear energy, or carbon capture. The measure also includes a new standard for reductions of methane, a powerful greenhouse gas, and fees on imports of goods that create large amounts of emissions when produced, the aide said, without elaborating.