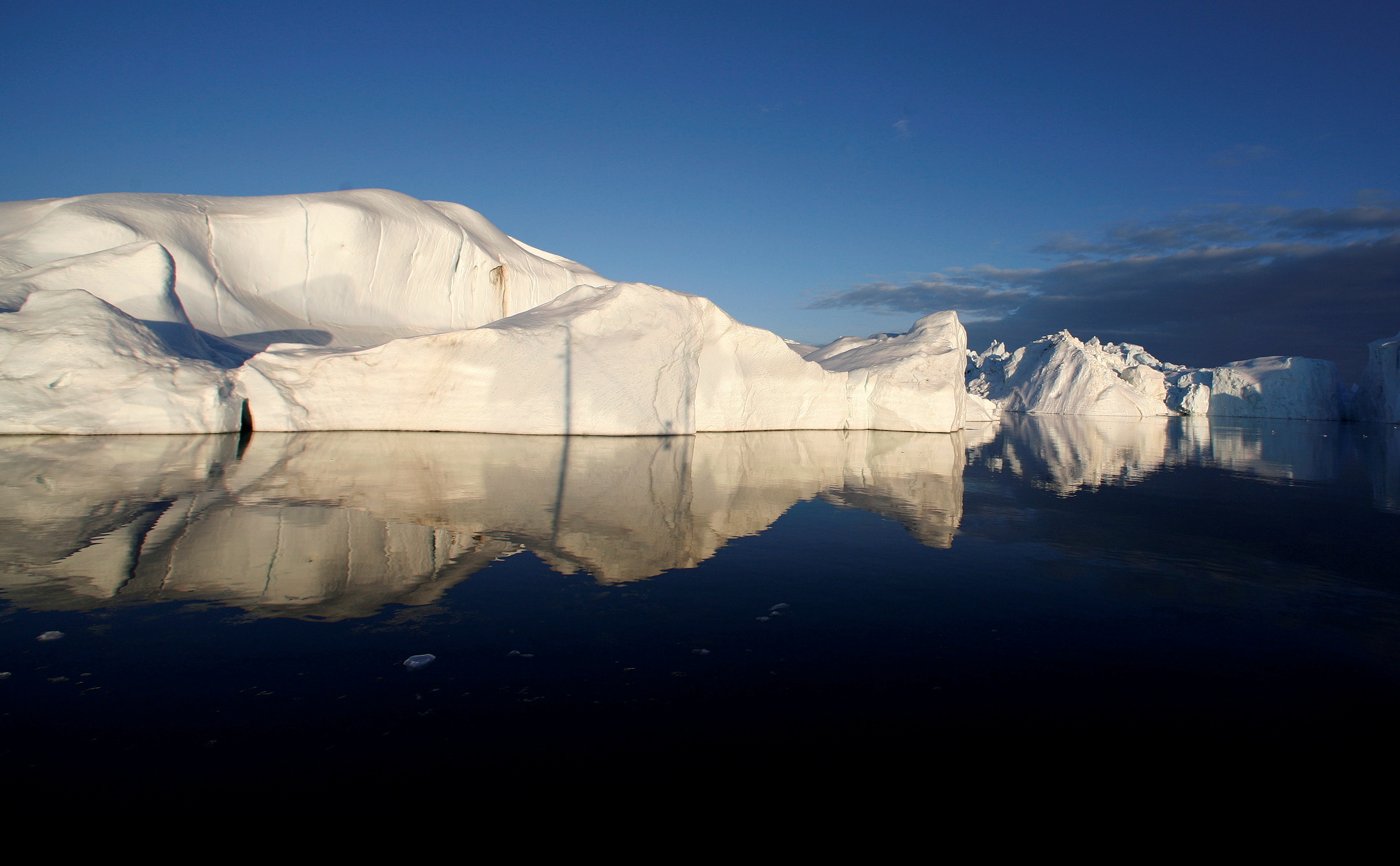 Icebergs are reflected in the calm waters at the mouth of the Jakobshavn ice fjord near Ilulissat, Greenland, May 15, 2007. REUTERS/Bob Strong

COPENHAGEN, July 16 (Reuters) – Greenland has ended its 50-year ambition to become an oil producing nation after announcing it would suspend a strategy of searching for oil and would stop granting exploration licences.

Oil exploration has taken place since the 1970s, involving major companies such as Shell (RDSa.L), Chevron (CVX.N), ExxonMobil (XOM.N) and Eni (ENI.MI), but most drilling came up dry.

Naaja Nathanielsen, Greenland’s minister of natural resources, said in a statement on Thursday that the government “has assessed that the environmental consequences of oil exploration and extraction are too great.”

According to a 2007 U.S. Geological Survey (USGS) report, the underground in the northeast of Greenland potentially contains up to 31.4 billion barrels of oil equivalent.

But interest in exploring for oil in Greenland, which relies heavily on its fishing industry, has dwindled in the past decade amid oil price volatility and the risks and higher costs of working in pristine and vulnerable Arctic waters.

Greenland government data shows there are only four active exploration and exploitation licences left – three onshore in Jameson Land on the east coast and one offshore in southwest Greenland. Those licences expire in 2027 and 2028.

Exploration for hydrocarbons in Greenland peaked between 2002 and 2014, when more than 20 offshore licences were granted.

Alongside environmental concerns, the government said its decision was underpinned by economic analysis showing any development would either deliver low profits or make a loss.

“It is a decision where climate considerations, environmental considerations and economic common sense go hand in hand,” Nathanielsen said. “Suspending the current oil strategy is the right choice.”

The suspension came into effect on June 24, the government said.

More OPEC+ Crude is Needed, How Much Depends on Who You Believe