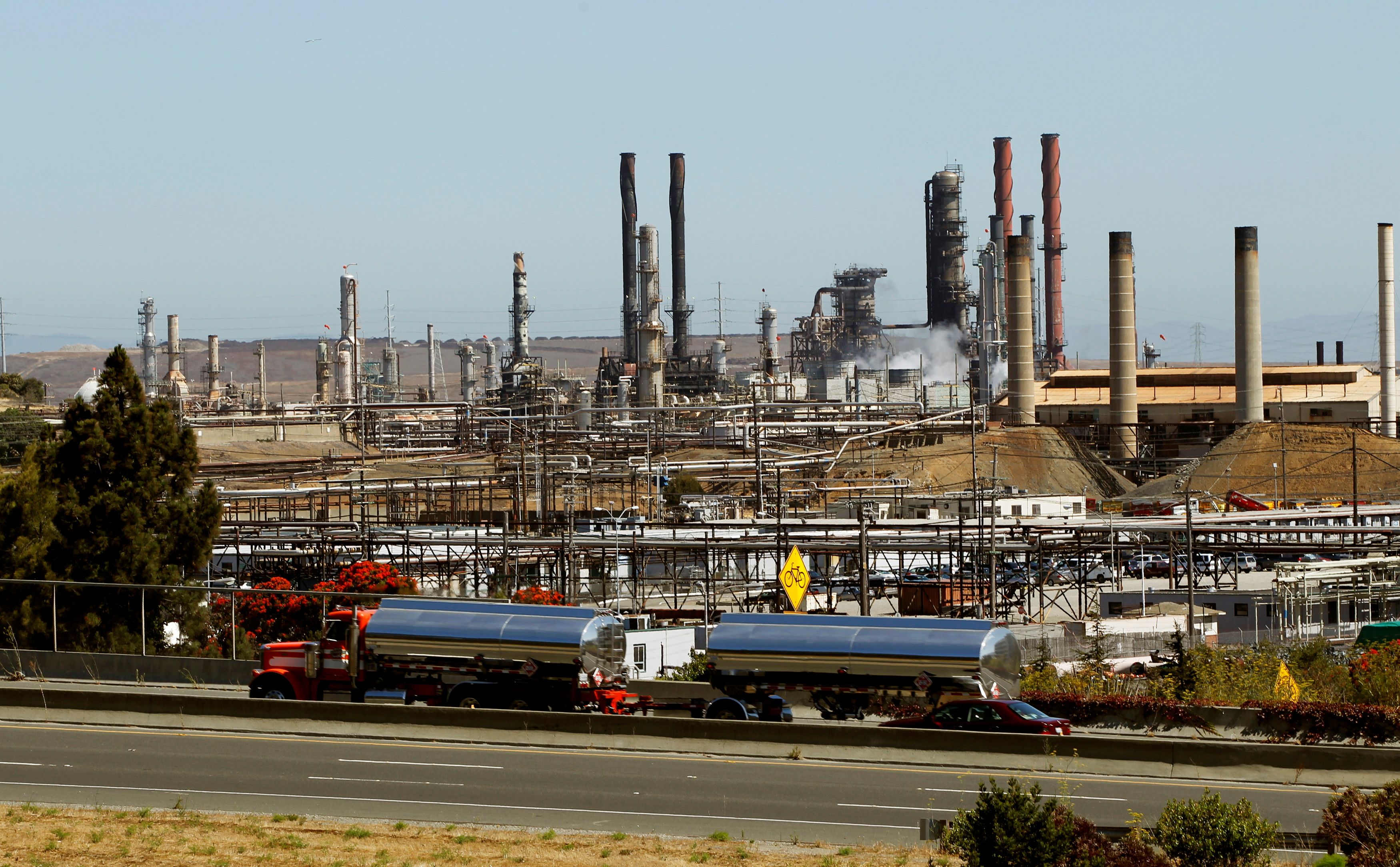 The new requirement is expected to cut PBF and Chevron’s particulate matter emissions from its cat crackers by about 70%, the air quality district estimates.

Refineries emit heavy amounts of pollution as crude oil is processed into fuel, and small particulate matter – consisting of solid or liquid airborne particles – is among the most harmful pollutants. Prolonged exposure is known to lead to respiratory, pulmonary and cognitive health problems.

FCCUs, which turn heavier crude oil into lighter petroleum products including gasoline, are among the largest polluters of fine particulate matter in the San Francisco Bay-area.

Under the amended rule, refineries with FCCUs must limit annual emissions of particulate matter to 0.01 grain per dry standard cubic foot within the next five years. Chevron and PBF, the refiners expected to be most affected by the rule change, urged regulators to consider a less stringent 0.02 limit by 2023. Valero Energy Corp’s (VLO.N) Benicia refinery already has a wet gas scrubber.

Refiners and their advocates, including several refinery labor unions, said upgrading the FCCUs would cost hundreds of millions of dollars, lead to refinery layoffs and put pressure on the plants to shut down. Running the wet gas scrubbers would also require excessive water use in an already parched area, they argued.

“Union members depend on these refinery jobs to raise their families and put food on their tables, along with putting their kids through college, and live fulfilling lives,” Marc Lopez, representing the Plumbers and Steamfitters Local Union 342, said at the air district’s board meeting.

Health professionals, environmental groups and other proponents for the rule change said adding wet scrubbers would result in vastly in healthier air, particularly for children, poor residents and people of color disproportionately affected by refinery pollution.

“I know that in all my years of practice, what I have done has saved lives,” 35-year medical oncologist Dr. Janice Kirsch told the board. “But what you can do today will save more lives from cancer than two or three of my careers.”

The dissenting board members cited concerns about refinery-related job losses, the length of time it will take refineries to comply with the 0.01 standard, versus the 0.02 standard, and legal threats by the refiners if the rule change passed.