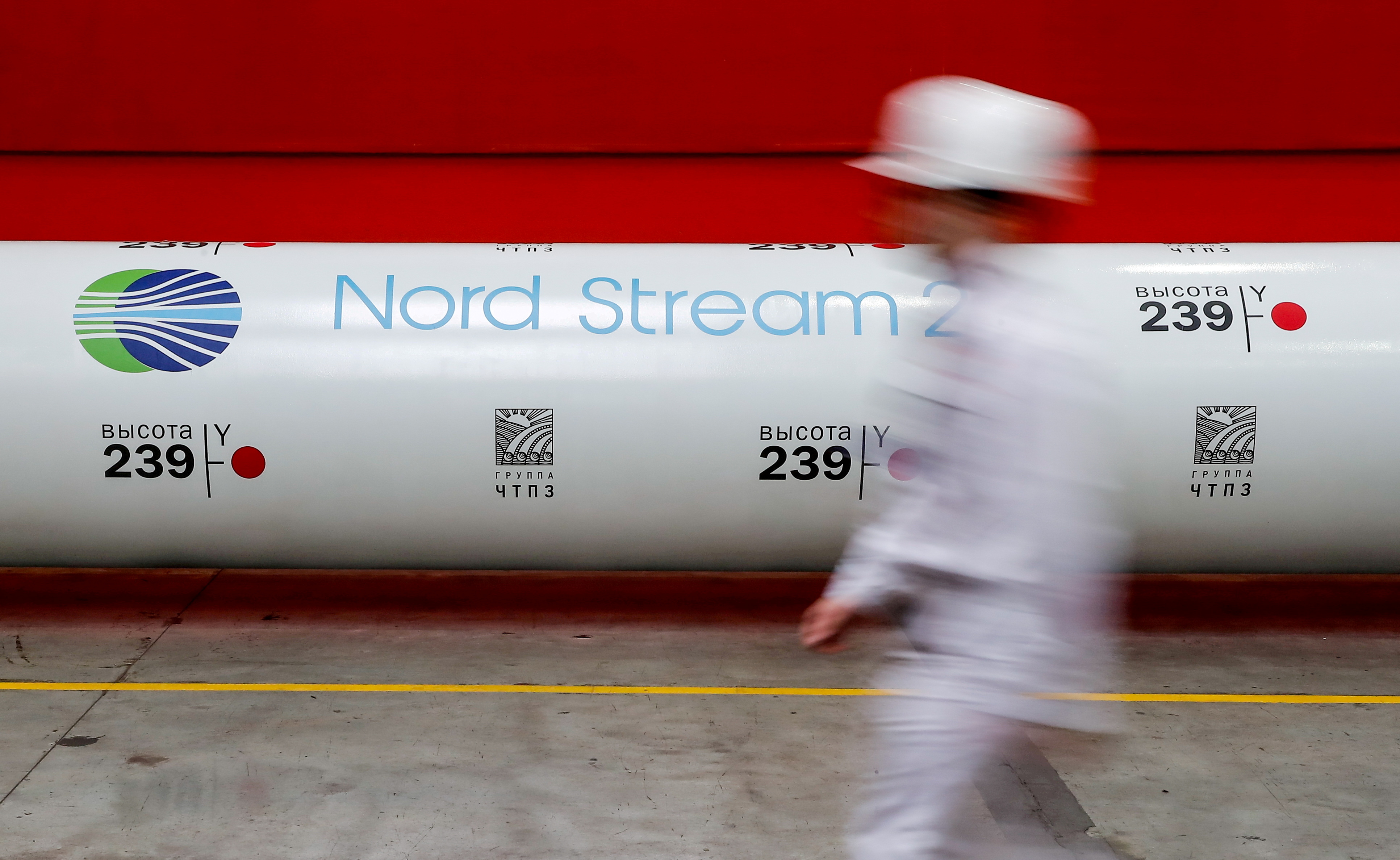 The logo of the Nord Stream 2 gas pipeline project is seen on a pipe at the Chelyabinsk pipe rolling plant in Chelyabinsk, Russia, February 26, 2020. REUTERS/Maxim Shemetov/File Photo

MOSCOW, July 22 (Reuters) – The Kremlin said on Thursday it disagreed with some statements in an agreement between the United States and Germany on the Nord Stream 2 gas pipeline, insisting that Russia had never used energy as a tool of political pressure.

Under the agreement announced on Wednesday by the United States and Germany, Berlin pledged to respond to any attempt by Russia to use energy as a weapon against Ukraine and other central and eastern European countries. read more

The pact aims to mitigate what critics see as the strategic dangers of the $11 billion Nord Stream 2 pipeline, now 98% complete, being built under the Baltic Sea to carry gas from Russia’s Arctic region to Germany. read more

“Russia has always been and remains a responsible guarantor of energy security on the European continent, or I would even say on a wider, global scale,” Kremlin spokesman Dmitry Peskov told reporters.

Peskov also said the Kremlin disagreed with comments in the agreement about countering Russian aggression and about Moscow’s allegedly malicious actions in Ukraine and beyond.

The U.S.-Germany deal includes a commitment to helping Ukraine continue to receive transit fees, a major source of state revenues, once Nord Stream 2 becomes operational. The current transit deal between Russia and Ukraine ends in 2024.

Touching on this issue, Peskov said: “I also want to remind you that President (Vladimir) Putin has repeatedly said Russia is ready to discuss extending the gas transit deal via Ukraine beyond 2024.”

Relations between Moscow and Kyiv deteriorated sharply after Russia’s 2014 annexation of the Crimean peninsula and its support for armed separatists in eastern Ukraine.