SINGAPORE, July 23 (Reuters) – Beijing’s crackdown on the misuse of import quotas combined with the impact of high crude prices could see China’s growth in oil imports sink to the lowest in two decades in 2021, despite an expected rise in refining rates in the second half.

Shipments into the world’s top crude importer and No. 2 refiner could be steady, or increase by up to 2% to just over 11 million barrels per day (bpd) this year, consultancies Energy Aspects, Rystad Energy and Independent Commodity Intelligence Services (ICIS) found.

That compares to an average annual import growth rate of 9.7% since 2015, and would be the slowest growth since 2001, China customs data showed.

The flat forecasts coincide with plans by OPEC+ to raise oil output by 400,000 barrels per day between August and December. News of the decision by the Organization of the Petroleum Exporting Countries and allied producers sparked a sell-off in benchmark prices this week. read more 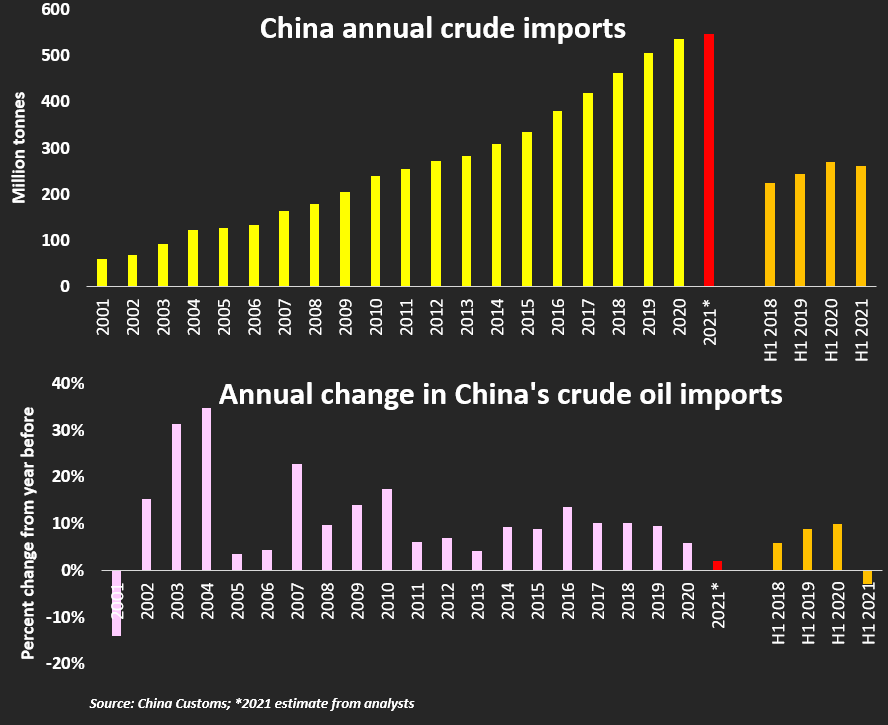 China has been the global oil demand driver for the last decade, and accounted for 44% of worldwide growth in oil imports since 2015, when Beijing started issuing import quotas to independent refiners.

While analysts expect global crude markets to stay in deficit this year despite the OPEC+ output rise, China’s investigations into the trading of crude import quotas, and the resulting lower import allocations to independent refiners, have already cooled demand from the group that provides a fifth of China’s imports. read more

“This could mean an end to the rapid growth in China’s crude imports which we’ve seen in the past,” said a Beijing-based analyst who declined to be named because of company policy.

China’s crude imports in June fell to the lowest since 2013 after Beijing clamped down on import quota trading as part of a drive to consolidate its refining industry and reduce emissions.

Several small refiners did not receive any quotas in a second batch issued in June, while others have already used their full allocations, traders and analysts said. read more

The remaining refiners are expected to reserve whatever quotas they have left for the fourth quarter, when fuel demand typically peaks, FGE said.

Shandong refiners, where most of the small, independent refiners, known as teapots, are located, will reduce imports by around 350,000 bpd and 250,000 bpd in third and fourth quarters, respectively, FGE added.

“Overall, we see Shandong independent refinery runs falling by around 490,000 bpd from pre-clampdown levels to average 1.75 million bpd in 3Q. Runs should make a recovery to 1.90 million bpd levels in 4Q.” 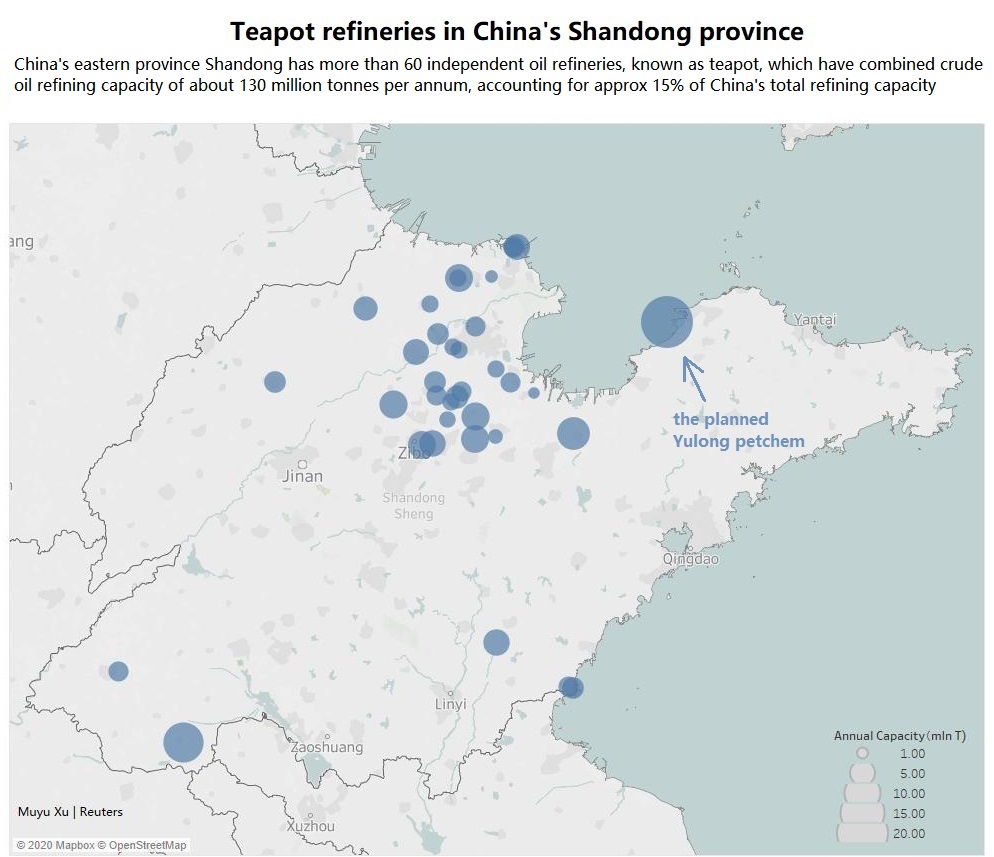 This has curbed demand for crude from Africa, Brazil and Russia, prompting traders to divert cargoes to Europe and the United States.

A senior trader based in Singapore, who also asked to remain anonymous, said teapot refineries had lost their position as market drivers and it was wise for sellers to find other outlets.

Increasingly, he said, Brazilian and Russian ESPO crudes have been heading to the United States while Brazilian Buzios crude has gone to Europe.

Sinopec (600028.SS) and PetroChina are likely to consolidate their positions as the top Chinese crude traders as the independent refiners are sidelined.

Together with other refiners, they are boosting output to replace lower supplies of light cycle oil and mixed aromatics used in fuel blending, imports of which have slumped since new taxes took effect in June. read more

Rystad Energy, FGE and Energy Aspects forecast higher refining throughput at 14.5 million to 14.6 million bpd in the second half, with imports between 10.85 million and 11.5 million bpd.

Beijing-based consultancy SIA Energy forecasts processing of 16 million bpd in the second half of 2021, 6.8% higher year on year, leading to imports of 12.48 million bpd, up 15%. 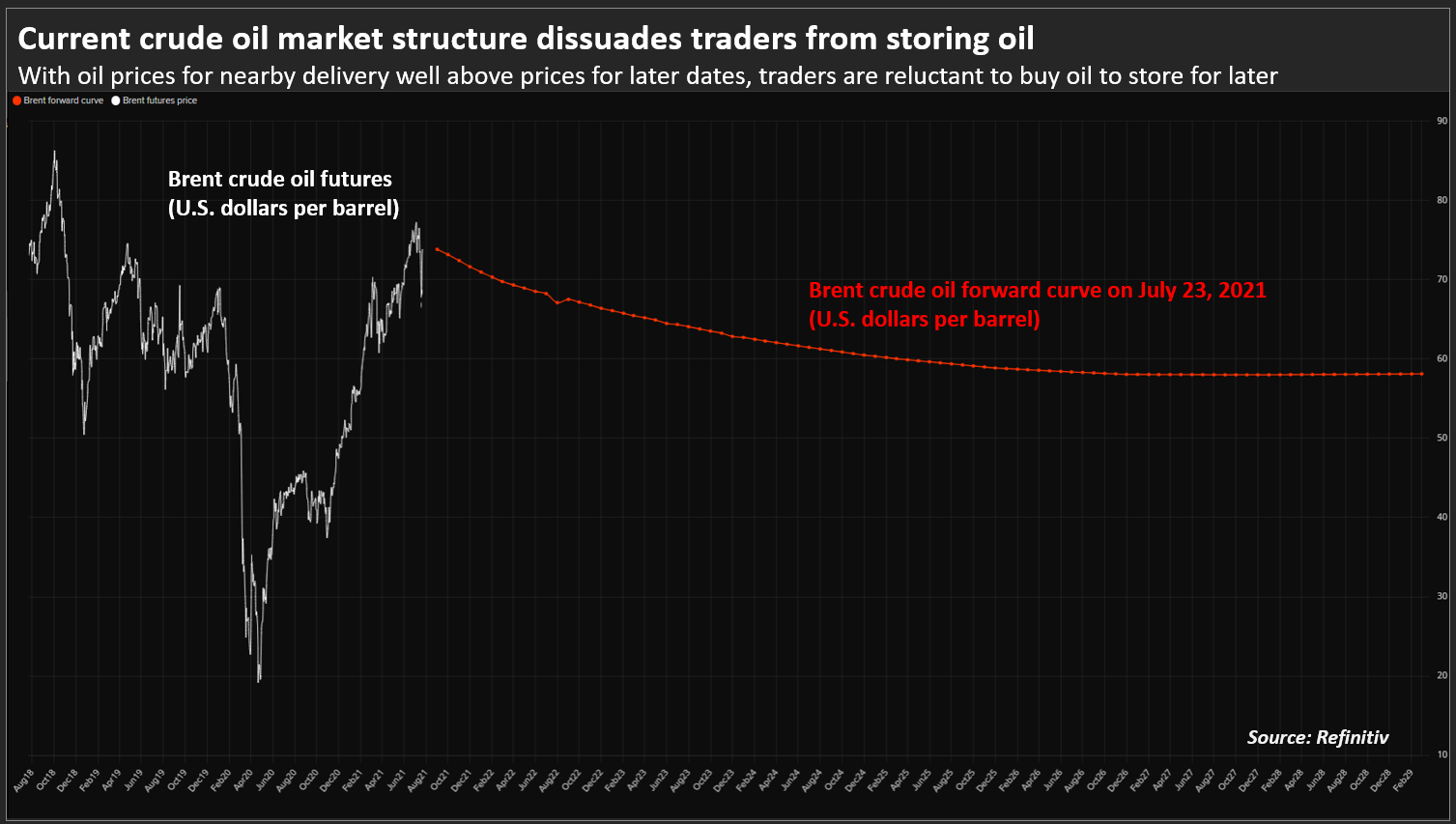 Analysts were split on whether China will repeat its massive stockpiling drive that fuelled record imports in 2020. More than 100 million barrels of crude storage is expected to be commissioned in 2021, but the current market backwardation structure discourages traders from holding stocks.

Russia rejects aspects of Germany-U.S. accord on Nord Stream 2 pipeline