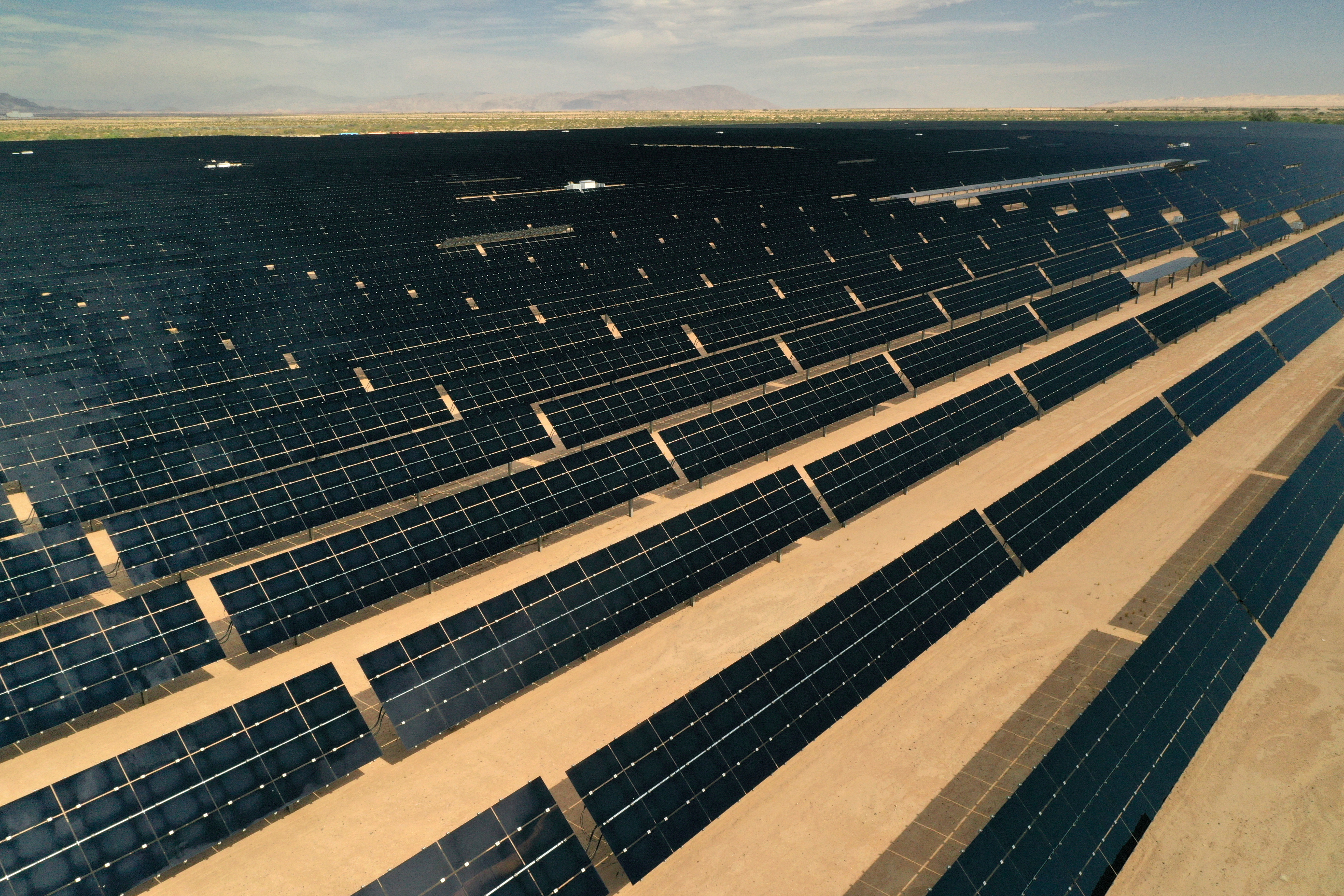 Arrays of photovoltaic solar panels are seen at the Tenaska Imperial Solar Energy Center South in this aerial photo taken over El Centro, California, U.S., May 29, 2020. Picture taken with a drone. REUTERS/Bing Guan

The top U.S. solar industry trade group on Thursday issued a set of voluntary guidelines to solar panel manufacturers that it said could help rid products installed in the United States of components built abroad with forced labor.

Some U.S. lawmakers have voiced gorwing concern that the industry is dependent upon products, specifically the raw material polysilicon, linked to work camps in China’s Xinjiang region. The U.S. State Department has made a determination that Chinese officials are perpetrating genocide there, and imports of cotton and tomato products from the region were banned this year.

China, the world’s largest maker of solar products, denies all accusations of abuse.

In an effort to address the concerns, the U.S. Solar Energy Industries Association unveiled a 40-page document that outlines measures companies should take to identify the sources of a product’s input materials and trace their movements through the supply chain.

“We do not want any indication of forced labor in the solar supply chain,” John Smirnow, vice president of market strategy for SEIA, said in an interview. “There were serious concerns raised and we are responding in a serious way.”

The protocol, which does not mention China specifically, recommends that rigorous descriptions and documentation be included with products as they proceed through factories and are shipped to the United States.

For instance, for an ingot of silicon that is shaped into logs and then sliced into wafers, those individual wafers should be identified as having come from a particular log or batch. That way the wafer purchaser could trace the products back to a specific ingot, according to the document.

The protocol also recommends that companies have their implementation of the procedures audited by a third party.

SEIA late last year began urging its members to exit the Xinjiang region and has asked its member companies to be able to provide assurances by June that their products are free of forced labor.

U.N. experts and rights groups estimate over a million people, mainly Uyghurs and other Muslim minorities, have been detained in a vast system of camps in Xinjiang in recent years.