OPEC+ to Hold In-Person Oil Meeting Next Week in Vienna

Oil Sinks to First Quarterly Drop Since 2020 as Outlook Darkens

U.S. natgas on track to fall for 6th week as storm cuts power use

COMMENTARY: The Pits of Despair – Price Caps are Back: Irina Slav 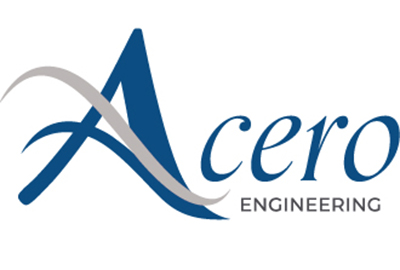 I recently wrote an article about why I love natural gas and what it (along with coal and oil) has done for the Canadian standard of living.  Apparently however, I missed the memo about the urgent need to switch to wind, solar and other so-called “green” technologies because mankind is in imminent danger of self-destruction from CO2 emissions.  Say what? I still can’t believe that natural gas has to be defended as a clean and viable energy source after having proven its effectiveness, safety, cleanliness, stability and overall excellence for the past century.  …and I can’t believe that Canadian’s not only have made “coal” the scourge of mother earth, but now just mining it has half of southern Alberta (the loud half), up in arms.  Yikes folks; what do you think has paid for your 1st class standard of living – not the solar panels in the below illustration, that’s for sure….

Speaking of solar panels, let’s start this journey with a moment of serenity; please join me as we enjoy the cleanliness and peacefulness of this solar field, subsidized by tax dollars and royalties generated by oil and gas.

Great value for your money?  Nope

Nice and clean?  Arguably… until you have to mothball the plant (quietly so as not to create an embarrassment to the politicians and special interests who decided this was a good idea in the first place)! By the way, what ever happened to the highly praised, $13 million, Medicine Hat Solar Thermal Project?  ‘Shhhhhh, we don’t like to talk about that’.

This article will investigate the concern that has been raised vis-à-vis fossil fuel energy production, specifically the focus on carbon.  Then the author will point to the root cause as a suggested focal point for the solution, rather than selective symptoms.

This fear mongering over carbon emissions wasn’t always the norm incidentally.  Follow the special interests and you’ll find the issues that have been apparently threatening the end of the world.  In my lifetime, end-of-the-world concerns have included: nuclear threat of annihilation, so we (in the west) stopped building nuclear plants (while other countries have continued to do so) – then it was acid rain, so we decided to eliminate coal plants (even though scrubber technology can and was being used to essentially eliminate the issues associated with acid rain) – then the ozone layer – then heavy oil, so we stopped heavy oil expansion – and now it’s just carbon in general.  Oh, and the problem has changed from “global warming” to “climate change” because the evidence for warming isn’t really that strong (in fact this year – 2020/21 – Europe and Asia are having one of the coldest winters in decades and even as recently as 2017/18 the northern ice sheets in Greenland have expanded – say what????? – source: “Dumb Energy” by Norman Rogers. I forgot to mention that we all need to go vegan… or else!!

Please don’t misconstrue the previous paragraph as a complete dismissal of these issues, but also recognize that there are patterns that should not be ignored.  Simply ask yourself ‘who stands to gain’ from certain positions and then don’t be so naïve as to think that everyone pushing these agendas has your / our best interests at heart.

This article zeroes in on the latest supposed blight and threat to our existence and simply raises some relevant questions like:

Wow. What a loaded question.  As with any interpretation of what’s going on around us these days, the answers are as varied as the people being asked the question.

Before answering this question the reader should know that current levels of atmospheric CO2 appear to be at around 400 ppm, up from approximately 300 ppm just a century ago – note that there is some debate about this but these are the generally accepted numbers in the scientific community and there is a reasonable basis for them (IMO).

To answer the question though, rather than provide my personal opinion, I’ll present only facts from which you, the reader, can assess how critical the crisis is:

As a nation’s wealth increases, so does the CO2 being emitted!

(Source: bzillions of sources all over the internet – think “Industrial Revolution”).

If you want to enjoy an increased standard of living, you have to accept an increased level of CO2.  Wait a second, Justin Trudeau and Joe Biden said that they were going to eliminate CO2 from the world…. and make money while they were at it!  Yeah, well they’re politicians and they white-lied to us (because they will make money at the expense of tax payers and the energy industry).

But humans don’t just increase CO2 levels; we do plenty of other things that one could argue deserve as much attention as CO2 production.

3. What are the real existential issues facing humankind and is CO2 even in the top 10?

Anders Sandberg works for the Future of Humanity Institute at the University of Oxford and he has recently cited the following five most likely threats to humanity:

Hmmmmm CO2 isn’t even on the list yet we’re spending (or rather taxing) way more on CO2 pollution than any of the other existential threats.

Why is that?  Did the brainiac at Oxford get it wrong? Depending on who you ask, maybe.

To be fair, another panel at Oxford, did list CO2 within their top eight existential threats to humanity and if you go to other sources, you’ll find it listed quite frequently as well.  It often comes down to what is featuring prominently in the mind of the researcher, which in turn, comes down to what is being featured by media, politicians and special interest groups.

So then what does this mean?

It means that psychological / emotional susceptibility plays something of a role here, but since I’m an engineer, not a psychologist, we’ll put that issue aside for now.

Another take-away is that – judging by the occasional expert opinion omission of CO2 as an existential threat – there is real controversy about how much of an imminent threat CO2 build-up is and as well, that there are a myriad of other potentially more immediate threats that we should be focusing our attention on.

So yes, while CO2 build-up in our atmosphere, is not a good thing, it:

This naturally leads us to….

4. What is the root cause of the issue and how do we solve that?

First, a word from our sponsor:

Today’s discussion is brought to you by Acero Engineering Inc., a full service EPCM that unabashedly provides world class facilities and pipeline engineering expertise to our clients who desire to provide energy to the world!

Now before jumping into the root cause of the issue, let’s properly define the issue.  If we confine it to the environment and what we’re doing to it, then is it CO2 that we should be limiting our concern to?  Is it CO2 that has been the cause of this great Sixth Extinction that we’re in? While listed as a contributor or consequential contributor in the famous “Sixth Extinction” by Elizabeth Kolbert, CO2 is just one of many products / impacts that man has bestowed upon mother earth.  Just by inhabiting space and doing what we do, up and down the plant and animal kingdom our footprint is undeniable.  It’s not the increase in CO2 however, that wiped out the Rhino, the tiger, the mastodon, the whales, the elephants, the gorillas… etc. it is humankind’s consumption propensity.

So now we arrive at the heart of the issue.

The root cause of the environmental impact (“devastation” if you prefer), is mankind’s propensity to consume and to procreate exponentially.

We exist, we desire and we take.

CO2 is just one of many consequences.  It’s often so much easier to target a consequence rather than face the root cause itself; perhaps because the solution is more difficult to formulate, technically, ethically and otherwise.

5. Is the cure worse than the disease?

Every human being on this planet will have a slightly deleterious impact on the environment and while we need to work at reducing that impact, we are quite a long way from eliminating it – arguably we will never get to that point.  The fact remains however, that the simplest and most impactful manner in which to do reduce our impact, is to control the population; that is the root cause of CO2 and a myriad of other issues we face.

‘A reduced population you say’?

‘Wouldn’t it be easier to just smear-campaign and then tax a certain industry instead of deal with this subject?’

Yes, it would be easier and perhaps that is why we are where we are today.

So why is the cure worse than the disease?

There are several answers to this and I’ll try to keep it short as I see that this is really running on.

The cure is worse than the disease because:

We all impact mother earth. Let’s try to reduce this impact in practical manners (targeting root causes wherever practical) while still enjoying the standard of living we all have chosen.

So if you want to produce your hydrocarbons in the most ethical, environmentally friendly manner possible, while helping to provide for families and our economy, please contact me at your convenience.  [email protected].

…or look us up at www.aceroeng.com.

Gwyn Morgan: After deliberately turning itself into a climate-change martyr, Canada needs some basic common sense.

Now I’ve got to get to my heated home in my heated, gas-consuming car.