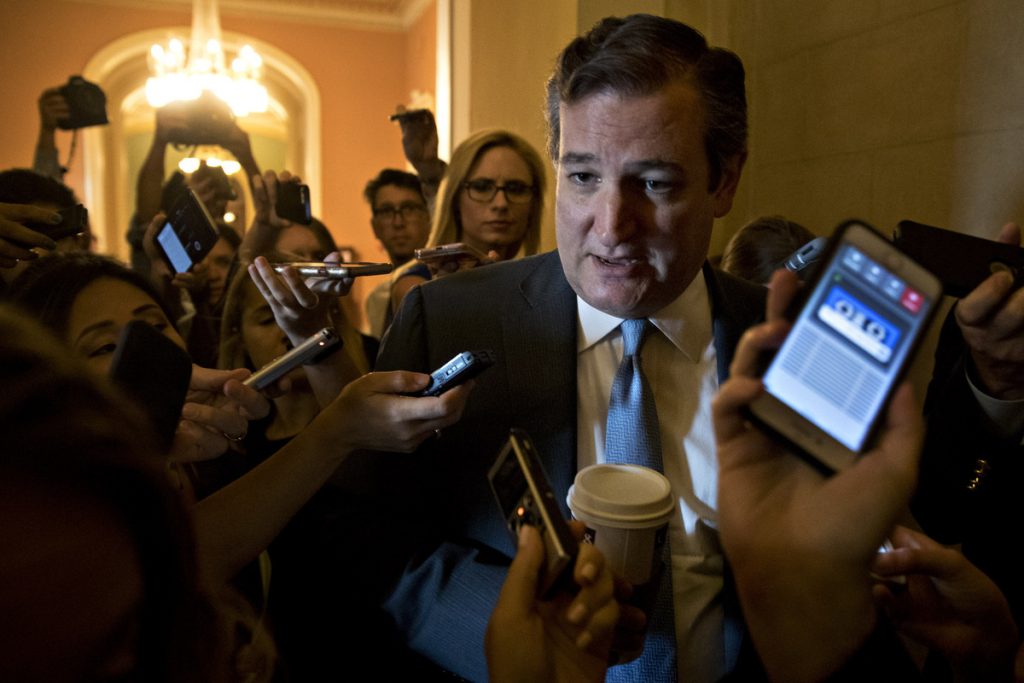 (Bloomberg) — President Donald Trump urged Republicans to settle their differences over the U.S. biofuel mandate at a White House meeting Thursday with Ted Cruz and other senators critical of the requirement for ethanol use, according to lawmakers who attended.

“There wasn’t a resolution. It was we need to get to resolution,” said Senator James Lankford, an Oklahoma Republican who attended the meeting.

Some senators are exploring the possibility of putting a cap on the price of renewable identification numbers, or RINs, the tradeable credits used to show compliance with annual biofuel quotas, said a lobbyist who was briefed on the meeting by participants. That could be paired with other changes to help ethanol and biodiesel producers, such as moves to build more renewable fuel blending infrastructure, the lobbyist said.

Cruz insisted on the meeting to discuss possible changes to the biofuel mandate before he will stop blocking a vote on Trump’s nomination of Iowan Bill Northey to be an undersecretary of Agriculture.

A White House official said the president understands the importance of the Renewable Fuel Standard to rural America, and also understands the objections of the oil refining sector about “compliance burdens.” Trump planned to listen to the concerns of the senators with the hope of finding common ground on both sides of this debate, the aide said.

“There was a collective desire to continue the conversation with all of the stakeholders here in the Senate and the House — the corn state, oil-and-gas state senators — and with the help of the Cabinet try to come up with some sort of compromise everybody could support,” Senate Majority Whip John Cornyn of Texas said after the meeting. “There’s some indication that the EPA administrator could have some authority with regard to the RIN prices, which are incredibly volatile.”

Pruitt backed off proposals to ease mandates compelling the use of ethanol produced from corn and biodiesel from soybeans in transportation fuel after Republican Senator Chuck Grassley of Iowa and other farm-state senators stalled at least one Trump EPA nominee.

Grassley said Tuesday that he didn’t plan to go to the White House meeting and that he’s not concerned. Grassley cited promises Trump made while campaigning ahead of the Iowa presidential caucuses to protect the renewable fuel standard and assurances he said the president had given him and his fellow Iowa senator, Joni Ernst.

“Not if the president keeps doing what he told the voters of Iowa, what he’s told me and Senator Ernst so many times: that he supports ethanol,” he said on a conference call with reporters.

“Mr. Northey would not want to be confirmed if the president was going to compromise his views on ethanol, if that was the tradeoff,” Grassley said.

Several of the senators, led by Cruz, had requested the summit to discuss “a pathway forward” on renewable fuels that will save refining jobs and “unleash an American energy renaissance.”

Crude Oil Inches Back Up Amid Dearth of Negative Data Points