The 25 per cent levy on energy firms will raise about £5 billion (US$6.3 billion) to finance one-off grants of £650 to more than 8 million of the poorest households in the UK, Chancellor of the Exchequer Rishi Sunak said in the House of Commons on Thursday. Sunak did not rule out applying a similar levy to power generators, but said more work needs to be done on the idea.

Around 8 million pensioners will receive payments of £300 while energy bills will also be subsidized by £400 for every household in the UK, replacing a previous plan for £200 loans. The package is worth £15 billion overall, Sunak said, bringing total aid introduced so far to £37 billion.

“We know that households are being hit hard right now,” Sunak said. “Fiscal support should be timely, targeted and temporary.”

“Sunak’s latest policy package has raised the odds that a UK recession is averted this year. The majority of the support, which was mainly targeted at more vulnerable households, will land in the final quarter, when energy bills are set to skyrocket again and potentially push the economy into reverse. For the Bank of England, expectations for more resilient demand in the second half of the year make it increasingly likely interest rates will continue to rise.”

Senior ministers in the British government had long opposed a special levy on energy firms because they feared it would stymie investment. It’s especially sensitive now because it’s a key policy of the main opposition Labour Party, and undermines the core Conservative claim to be the party of business.

But the demands to intervene in the cost-of-living crisis have become overwhelming, with a windfall tax increasingly popular among Britons. The Tories have trailed Labour in YouGov polling since December, while Sunak’s move also comes as the government tries to shift the narrative from the scandal surrounding illegal parties in Downing Street during the pandemic.

“For months it has been clear that more was necessary to help people bring their bills down,” Labour’s shadow chancellor Rachel Reeves said in Parliament. “This government’s dither and delay has cost our country dearly.”

Shares of oil firms Shell Plc and BP Plc trimmed gains following Sunak’s comments. Utilities SSE Plc and British Gas-owner Centrica Plc slipped ahead of the speech and were down 2.3 per cent and 0.8 per cent, respectively, as of 12:30 p.m. U.K. time. The declines followed a plunge Tuesday after reports of the levy plans.

Even as he announced the windfall tax, Sunak appeared to try to head off criticism that the measure is anti-business. He included a new 80 per cent investment allowance, meaning energy companies can reduce the tax they pay if they commit to capital expenditure. Sunak said the tax would fall away when oil and gas prices return to “historically more normal levels.”

Still, some Conservative Members of Parliament were clearly annoyed about the U-turn. Richard Drax said the chancellor is “throwing red meat to socialists,” and that raising tax on businesses and telling them where to invest is “not the Conservative way.”

Former Tory cabinet minister David Davis warned that a windfall tax “will raise a small amount of money” and said “stability of tax and low tax both encourage investment and growth.”

Sunak said the economic pressure facing people had changed dramatically since his mini budget in March, which was widely criticized for not providing enough support for the most vulnerable. He cited Russia’s invasion of Ukraine and the prospect of higher energy bills in the fall as factors.

Since that intervention, the ruling Conservative Party shed hundreds of seats in local elections, with many voters citing the cost of living — as well as the so-called partygate scandal — as reasons for voting against the Tories.

The need for cost-of-living support became more urgent this week when the UK’s energy regulator said Britons face another sharp jump in their power and gas bills just before the winter. The energy price cap is due to rise to a record £2,800 in October, a 42 per cent increase on average bills that is estimated to send 12 million households into so-called fuel poverty. 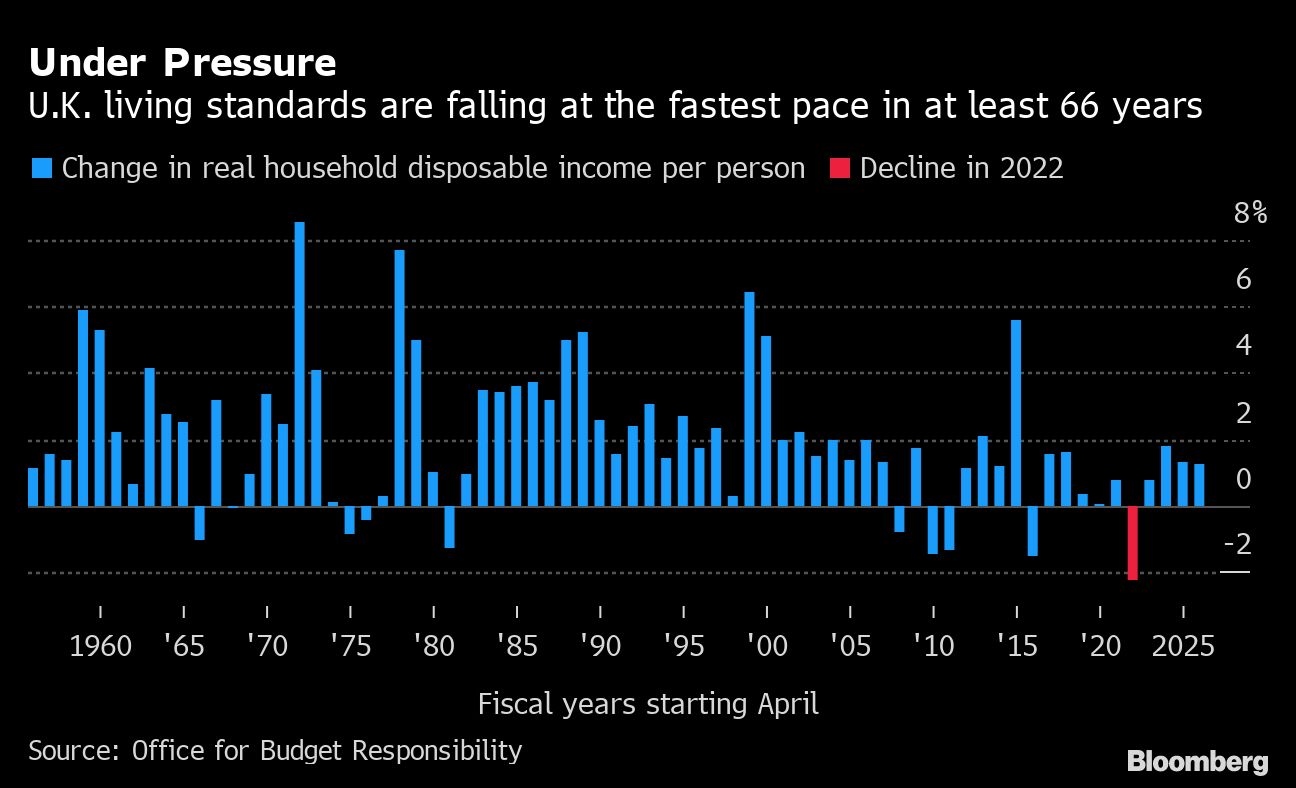 The package of measures will drive government borrowing back above £100 billion this year but, given the support is temporary, it will not affect Sunak’s self-imposed fiscal constraints, which apply in 2024-25.

However, the chancellor is increasingly struggling to keep the public finances under control. Weaker than expected growth as the cost of living crisis bites will rob him of tax receipts, while higher inflation and interest rates will add billions of pounds to debt servicing.

The Office for Budget Responsibility forecast in March that the chancellor had £27.8 billion pounds of headroom against his rules, but higher inflation and rates are already estimated to have reduced the space by around a third.

The UK is on track to be the advanced nation worst hit by a combination of soaring inflation and weak growth, with prices expected to rise 13 per cent over this year and next, the most among the Group of Seven countries. 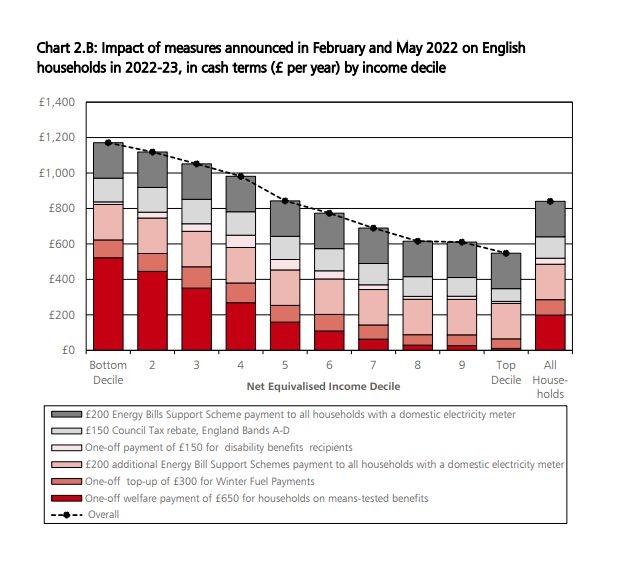 Sunak has previously said he is worried about the risk of further stoking inflation with more fiscal stimulus, but told lawmakers the package Thursday would have a “manageable” impact on prices.

“While it is impossible for government to solve every problem, we can and will ease the burden,” Sunak said in the Commons. “I want to reassure everybody we will get through this.”

EU Agrees to Ban Most Russian Oil, Split On Gas

The World Needs to Spend 10X More a Year to Curb Methane
Solar Growth Estimates for 2050 Are Aggressive, But Not Unrealistic
Shell Sees $1 Billion Gain in Refining on Record Fuel Prices
EU lawmakers back gas, nuclear energy as sustainable