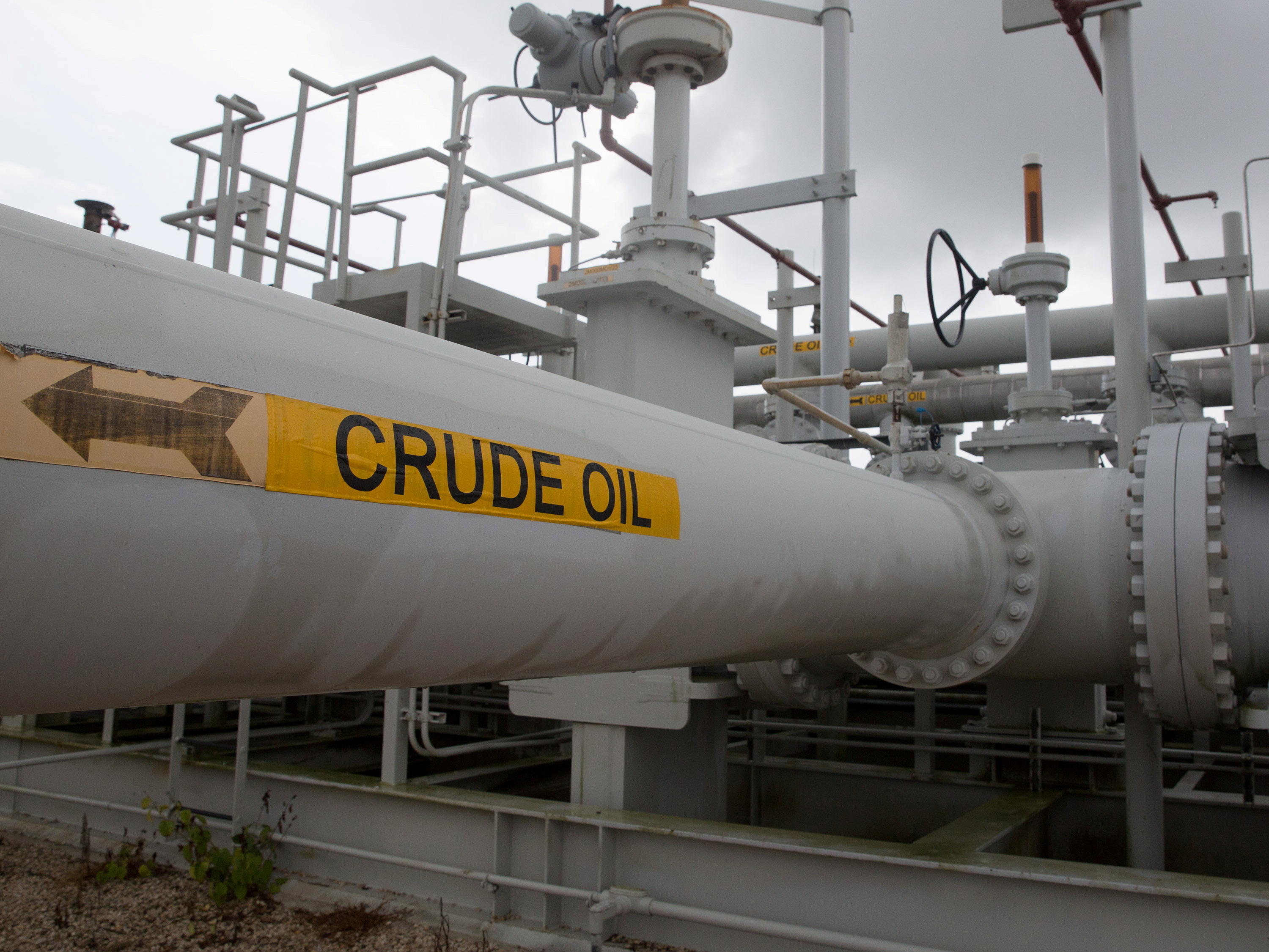 A maze of crude oil pipes and valves is pictured during a tour by the Department of Energy at the Strategic Petroleum Reserve in Freeport, Texas, U.S. June 9, 2016. REUTERS/Richard Carson /File Photo

BEIJING, Nov 15 (Reuters) – It is business as usual for global fossil fuel companies in the near-term after the COP26 climate summit approved a deal which said the world needs to “phase down” rather than “phase out” coal use.

The UN deal struck in Glasgow for the first time targeted fossil fuels as the key driver of global warming, even as coal-reliant countries lobbed last-minute objections on the change in language to “phase down” coal.

But change will not come overnight.

The oil and gas industry will need to invest over $600 billion a year until 2030 to meet expected demand, he said.

China, the world’s top producer and consumer of the dirty fossil fuel, on Monday posted its highest monthly coal output for October since March 2015 as mines raised production to boost supply for winter heating and to tackle a power crunch.

Coal stocks in China fell after the Glasgow climate deal but a tight supply environment provided a floor for prices.

“But again, this COP made the progressive countries more united in developing renewable energy industries to outcompete fossil fuels. That progress is continuing with increasing industrial engagement,” he said.

In other developments on Monday that underlined the continued importance of fossil fuels, Japan’s Jera, the world’s biggest buyer of liquefied natural gas said it would pay $2.5 billion to buy a stake in Freeport LNG to secure long-term supplies for gas to power its electricity generation.

But natural gas is a cleaner fossil fuel than coal or oil and is seen by many countries as forming a key part of their energy mix as they transition towards greater use of renewables.

Commenting on the outlook for coal after the Glasgow conference, Li Shuo, a Beijing-based senior climate adviser with Greenpeace, said: “If I held stocks in coal before COP26, I’d have sold them.”

“Quitting coal is like quitting cigarettes. It won’t be pain-free, but it has be done not only for others but for oneself,” he added.

Developing countries say rich nations, whose historical emissions are largely responsible for warming the planet, must finance their efforts both to transition away from fossil fuels and to adapt to increasingly severe climate impacts. Fossil fuel use in many developed nations has already peaked.