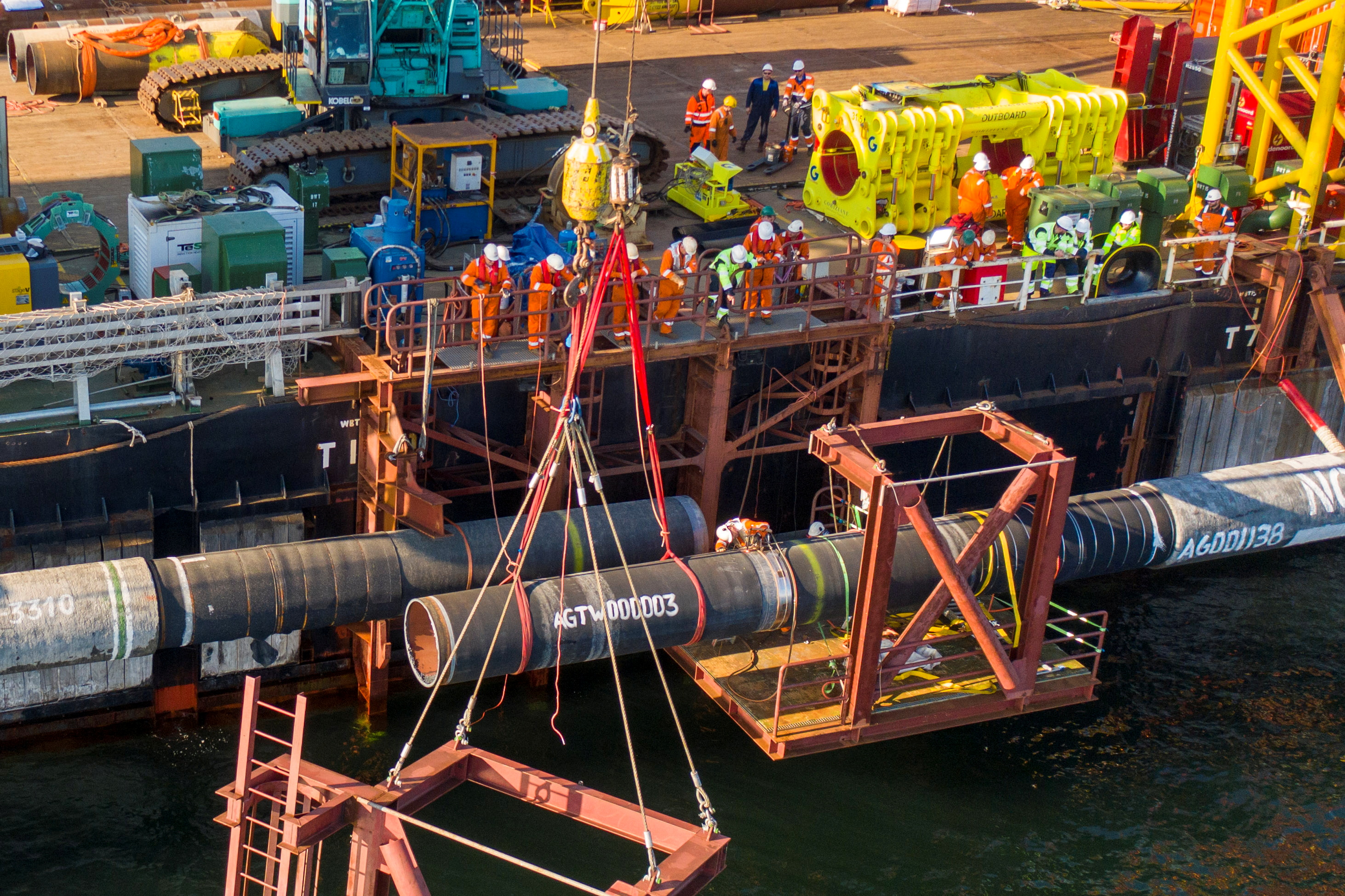 KYIV, Sept 11 (Reuters) – A senior U.S. envoy said on Saturday he had delivered reassurances to Ukraine and Poland on mitigating any threat posed by Russia’s Nord Stream 2 gas pipeline, but that the project was now a “reality”.

Amos Hochstein, the State Department’s senior adviser for energy security, told Reuters there was “breathing room” until 2024 to ensure Ukraine kept its status as a gas transit country but urged Kyiv to move towards alternative energy sources.

The United States has been Ukraine’s most powerful backer in a standoff with Moscow since Russia annexed the Crimea peninsula in 2014, but Kyiv opposed a U.S.-German deal in July that allowed the completion of the $11-billion Nord Stream 2 project. read more

Russian company Gazprom said on Friday it had finished construction of the pipeline, which will take natural gas to Germany via the Baltic Sea, bypassing Ukraine. read more

President Volodymyr Zelenskiy’s government fears Russia will use it as a geopolitical weapon and deprive Ukraine of billions of dollars in transit fees.

Hochstein visited Ukraine and Poland, which also criticised the U.S.-German deal in July, “to talk and to give them reassurances,” he said on the sidelines of the Yalta European Strategy (YES) summit.

“Look, I think we have to shift the process from talking about what we all wish would have happened, that the project would not be completed, to the reality now that it’s going to be completed.”

Ukraine’s current transit deal with Russia expires in 2024. Moscow has not given a firm commitment on extending it.

Asked whether he was confident Ukraine would keep its transit status, Hochstein said: “I am 100% confident that we will do everything we can, and that the Germans are committed to do everything they can, to make sure that that transit continues.”

Ukraine wants Nord Stream 2 stopped. If it is not, Ukraine has called on Washington and Berlin to outline specific guarantees on protecting Kyiv’s interests. German Chancellor Angela Merkel was on Saturday visiting Poland.

“We are still waiting for the time when this (concrete steps) will be put on paper,” Andriy Yermak, the head of Zelenskiy’s office, said at the YES summit.

He said that “today Ukraine is forced to believe not words but real steps.”

Washington has not said what actions it would take against Russia.

“There is a contract in place until 2024, so we have some breathing room here to make sure that they live up to the contract that they have today and that it doesn’t end in 2024,” Hochstein said.

“We also have to start working with Ukraine together on transitioning the energy economy here to match what’s happening in the rest of the world, and especially in Europe,” Hochstein said.