Spanish wind-turbine maker Siemens Gamesa Renewable Energy SA is offering customers a blade that’s fully recyclable in an effort to end the practice of sending old turbine parts to landfills.
It’s a development that could become increasingly important as more of the world’s electricity comes from renewables. By 2025, each year some 25,000 metric tons of wind turbine blades will reach the end of their operational life — equivalent to the weight of about 2,000 double-decker buses, according to trade association WindEurope. 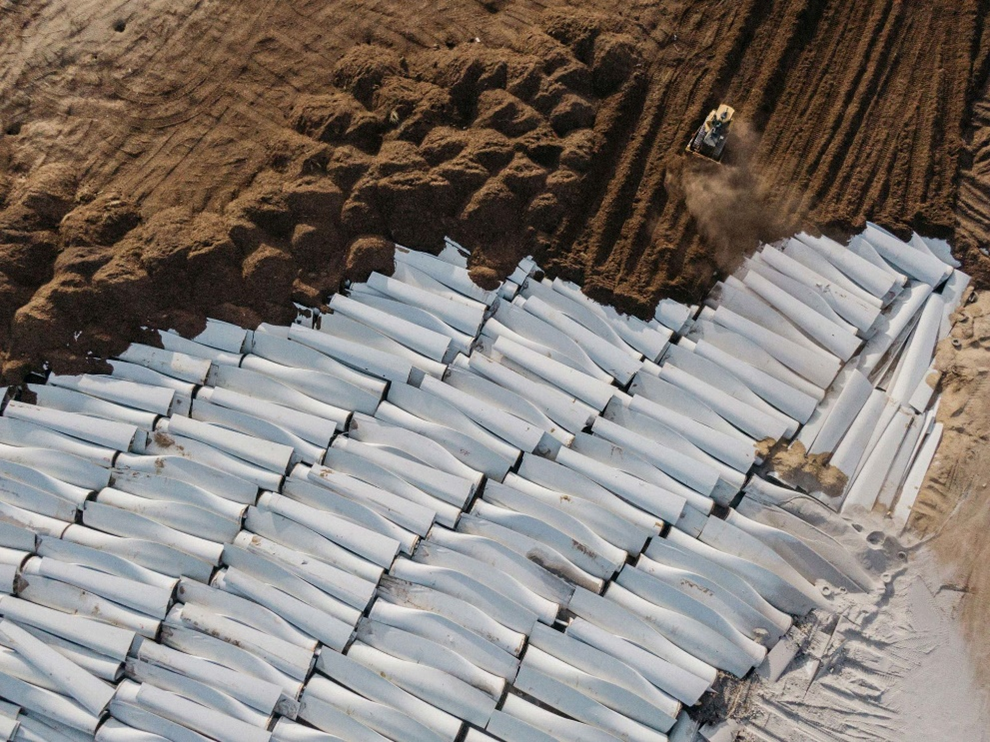 While much of a turbine’s parts are already recyclable, mass-produced blades have long ended up in landfills. That’s because the glass and carbon fibres mixed with resin currently used to make most turbine blades can’t be reclaimed.Siemens Gamesa has come up with a new resin that allows the blades to be broken down with no more than heat and acetic acid. The company has already made six 81-metre (266-foot) long recyclable blades at a facility in Aalborg, Denmark.
“In terms of strength and durability it’s exactly the same,” said Gregorio Acero, the company’s global head of quality management and health, safety and environment.The drawback for now is cost. Siemens Gamesa said the new blade is more expensive than the conventional one, which could make it a difficult sell at a time when global commodities prices are already pushing up the cost of wind turbines. As the production of the resin is industrialized, the company’s executives expect it to come down in price to be equal with non-recyclable blades.
Eventually many developers in Europe may not have a choice. Countries including Austria, Finland, Germany, and the Netherlands already have bans on sending old blades to landfills, according to WindEurope. The group has called for an EU-wide ban as soon as 2025. Vestas Wind Systems A/S is also working on developing a fully recyclable blade.And while there still isn’t a company that says it would actually do the recycling, there’s plenty of time to figure that part out. Siemens Gamesa’s head of offshore, Marc Becker, said the company expects to sell the first of the blades this year and deliver them in 2024. The wind farm that uses them would then likely stand for at least 25 years before decommissioning.