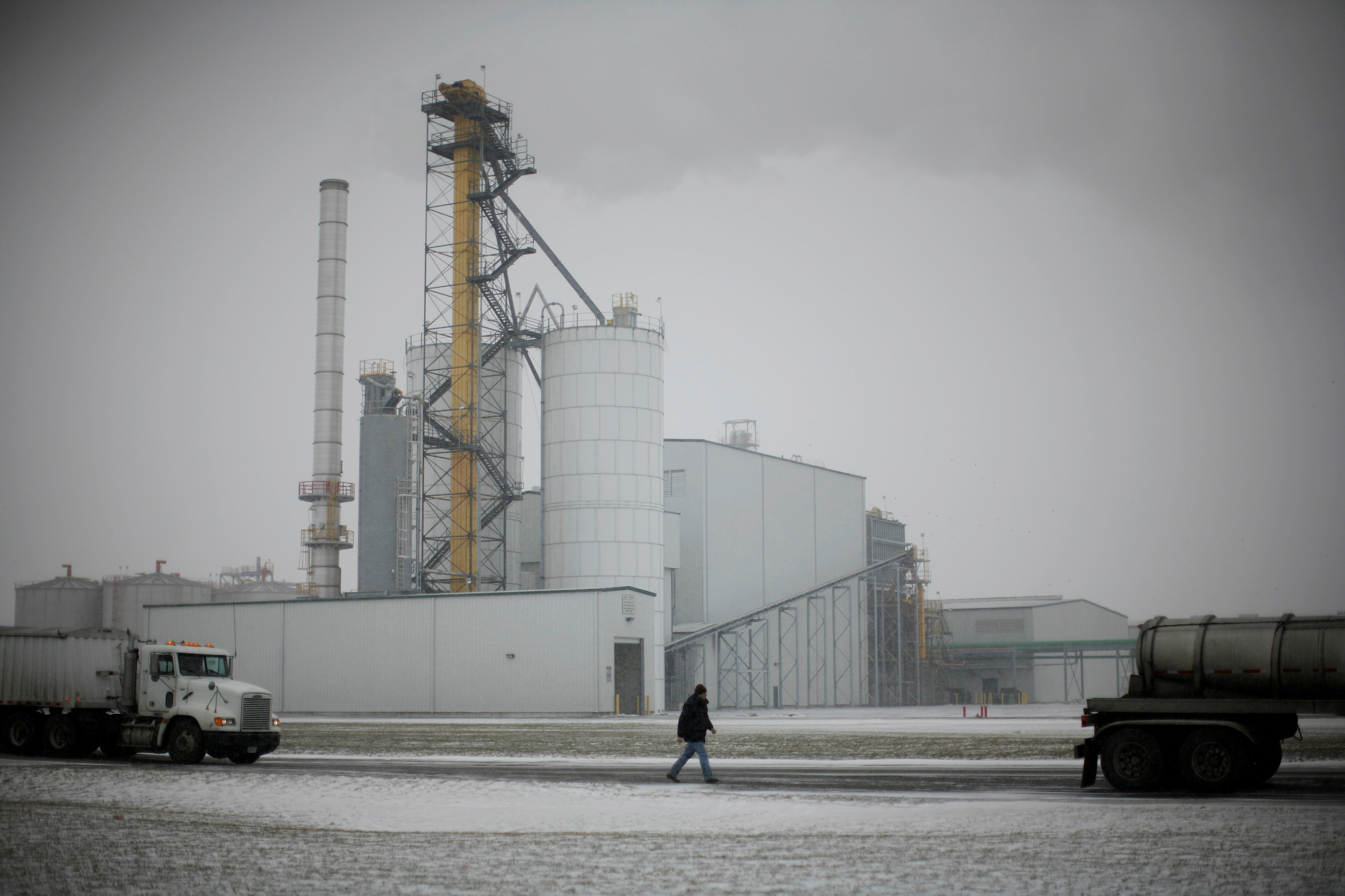 A truck driver walks back to his rig after having it weighed at the Lincolnway Energy plant in the town of Nevada, Iowa, December 6, 2007. REUTERS/Jason Reed/File Photo

NEW YORK, Sept 28 (Reuters) – A group of U.S. Democratic lawmakers called on President Joe Biden to halt a plan to slash the amount of biofuels that oil refiners must blend into their fuel, according to a letter dated Monday.

While no official announcement has been made, news of the plan sparked uproar among farming and biofuel advocates, who benefit from the requirements that have helped create a multi-billion gallon market for their products.

The letter comes at a pivotal time in Biden’s presidency. The Democratic Party is at odds over two pillars of Biden’s domestic agenda – a $1 trillion infrastructure bill and a $3.5 trillion social spending package. The administration cannot afford to anger Democratic members and lose votes.

Lawmakers including Senator Amy Klobuchar from Minnesota and Representative Cheri Bustos from Illinois said in the letter that they have strong reservations about the administration’s potential moves to cut billions of gallons of biofuel volumes out of the requirements for the years 2020 to 2022.

“This action would directly undermine your commitment to address climate change and restore integrity to the Renewable Fuel Standard (RFS),” the letter read.

During his campaign for the presidency, Biden pledged his commitment to the Renewable Fuel Standard, which says refiners must blend billions of gallons of biofuels into the nation’s fuel mix, or buy tradable credits from those that do.

Biden has also committed to aggressive targets to address climate change in his first year as president. The effect of ethanol, the most widely used biofuel, on carbon dioxide emissions depends on how the fuel is made and whether impacts on land use are considered, according to the U.S. Energy Information Administration.

Blending requirements for 2020 and 2021 would be administered retroactively, with the 2021 requirements already late by 10 months.

The delay in announcing proposed mandates has caused some to speculate that the administration is hoping to avoid any intra-party conflicts before voting on the infrastructure and social spending packages.

Though the farm lobby supports the mandates, refiners say they are too costly and threaten to put refineries and their workers out of business.