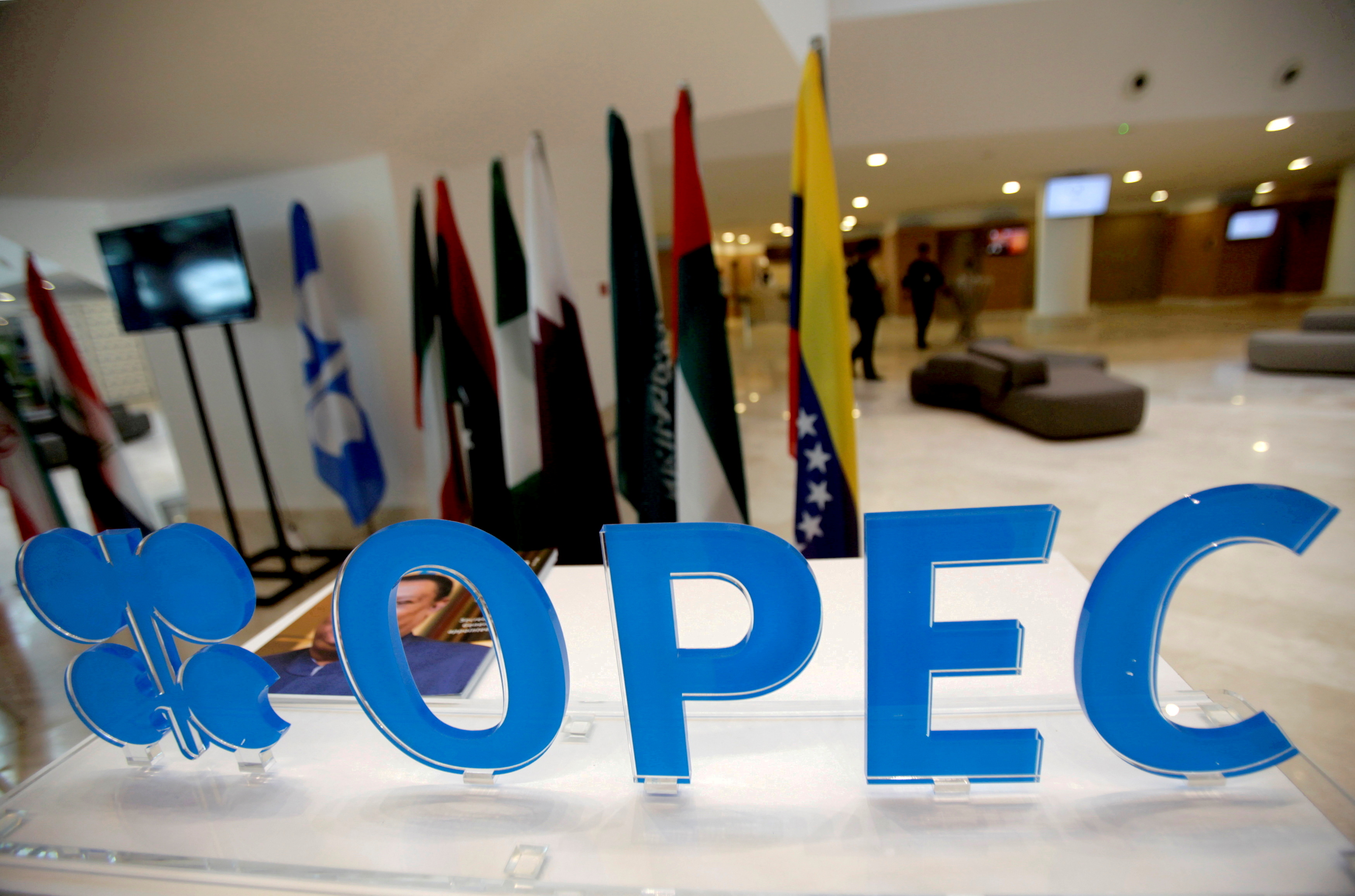 The OPEC logo pictured ahead of an informal meeting between members of the Organization of the Petroleum Exporting Countries (OPEC) in Algiers, Algeria, September 28, 2016. REUTERS/Ramzi Boudina

Sept 30 (Reuters) – OPEC+ is considering going beyond its existing deal to boost production by 400,000 barrels per day (bpd) when it meets next week, sources said, against a backdrop of oil near a three-year high and pressure from consumers for more supply.

The Organization of the Petroleum Exporting Countries and allies led by Russia, known as OPEC+, agreed in July to boost output by 400,000 bpd a month to phase out 5.8 million bpd in cuts. It meets on Monday to review its output policy.

Four OPEC+ sources said adding more oil was being looked at as a scenario, but none gave details on volumes or which month. Another OPEC+ source suggested an increase of 800,000 bpd for one month was a possible scenario, with zero the next month.

The nearest month any increase could occur is November since OPEC+’s last meeting decided the October volumes.

“We cannot exclude any option,” one of the OPEC+ sources said. The idea that the oil market might need more oil than what’s planned for in the existing deal was “one of the possible scenarios,” said another of the sources.

Sources told Reuters on Wednesday the most likely outcome was the group would stick to the existing plan.

It was not immediately clear what prompted the change of tone, but it follows a meeting of the OPEC+ Joint Technical Committee (JTC) which reviewed the market outlook and reduced the size of an expected supply surplus in 2022.

Talks among the members are continuing ahead of the virtual OPEC+ meeting on Oct. 4, and there is no guarantee an additional increase will be agreed.

Brent oil rose to a three-year high above $80 a barrel on Tuesday, boosted by unplanned outages in the United States and a strong demand recovery after the pandemic hammering. Prices were trading just below $79 on Thursday.

The White House, which in August raised concerns about high prices, said on Tuesday it was in communication with OPEC and looking at how to address the cost of oil.

India, the world’s third-biggest oil importer and consumer, signalled on Tuesday that a spike in crude prices would speed up the transition to alternative energy sources.

Energy ministers from OPEC members Iraq, Nigeria and the United Arab Emirates said in recent weeks the group saw no need to take extraordinary measures to change the existing agreement.