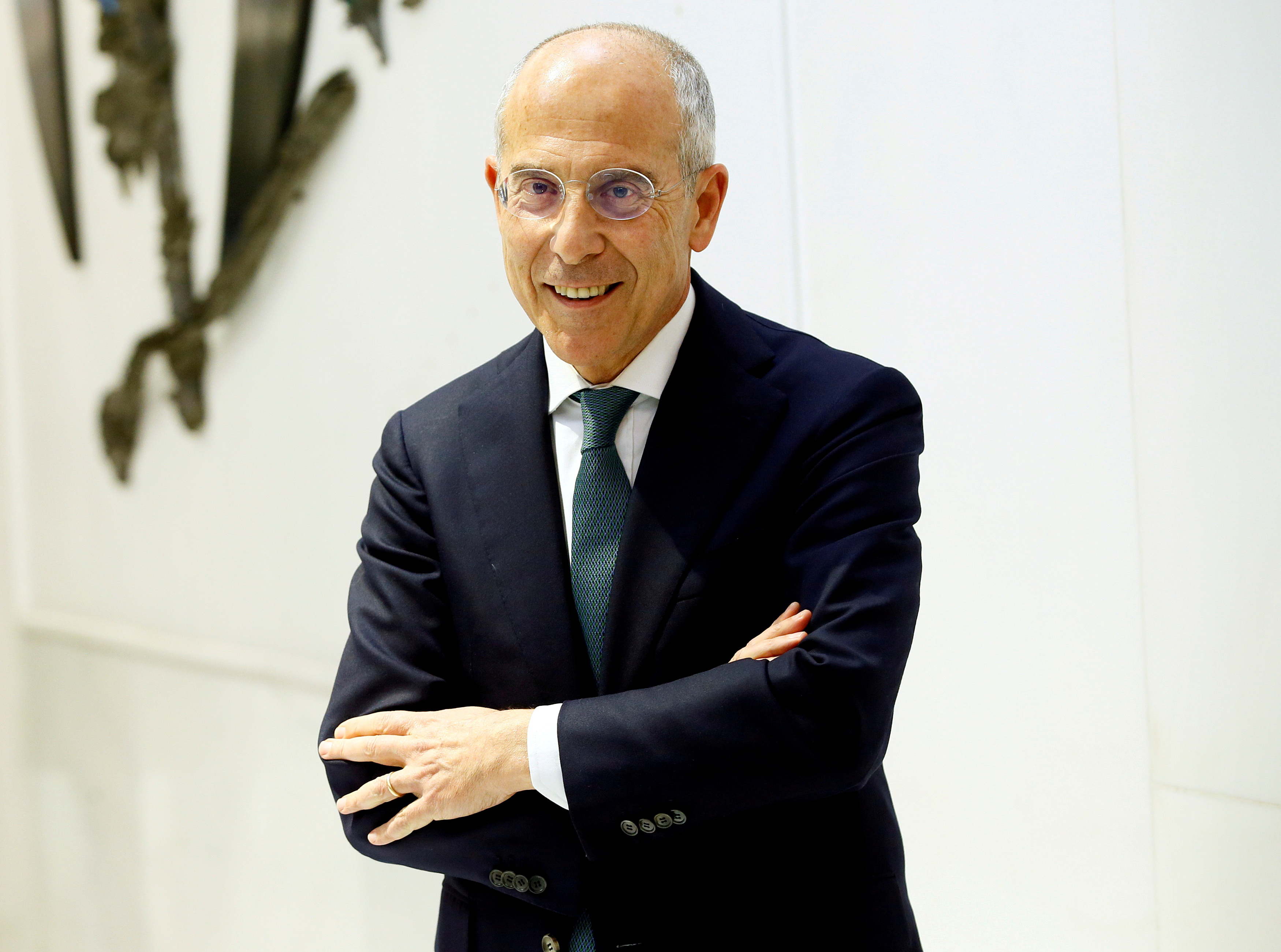 MILAN, June 21 (Reuters) – A shortage of personnel and basic materials are the main constraints to the pace of the energy transition for top power suppliers such as Europe’s largest utility Enel (ENEI.MI), the company’s Chief Executive Francesco Starace told Reuters.

The Italian group is the world’s biggest listed renewable energy company measured by installed capacity and has plans to spend 150 billion euros ($178.76 billion) of its own money to nearly triple its owned capacity to 120 gigawatts and cut carbon emissions by 80% through 2030.

In an interview for the Reuters Global Energy Transition conference, Starace said that while it would be possible to fund a more aggressive transition plan, capacity constraints would make it harder to grow any faster.

“The real limit is people… and shortages of raw materials,” he said. “How many people can you put together and train… to do this properly, motivating and retaining them all?”

Strong growth as the global economy recovers from the pandemic has caused supply bottlenecks for some raw materials as well as for specialist equipment for the renewables industry, he said.

In May the International Energy Agency warned there was a looming mismatch between global net-zero carbon emissions targets and the availability of critical minerals such as lithium, copper and cobalt needed to develop power grids, wind turbines and power storage systems.

Enel typically buys materials two to three years forward and bought in more when COVID first hit to hedge against supply chain disruptions, Starace said, so the company was not impacted for now.

“But if it takes longer (for the supply chain) to adjust then yes it might impact,” he said.

The pandemic provided a window into the future in as much as grids in many countries relied more on renewable power than they had previously, he said. Advocates of coal and gas power have argued that solar and wind energy depend on fickle weather and that fossil fuels are needed to guarantee supplies.

“It was like living three years in one,” he said. “We know that future is safe and we know we can live there pretty well.”

The United States, Europe and Latin America were key focus areas for Enel, Starace said. Southeast Asia and India would be future growth markets, he said.

Asked what governments could do to enable the transition, he said they needed to focus on deploying the technologies at hand rather than wasting time and money on developing what is so far unproven.

“Don’t do science fiction movies all the time,” he said. “Think of what technologies we have right now and push them hard.”

OPEC+ Discusses Output Hike in Preparation for Next Meeting