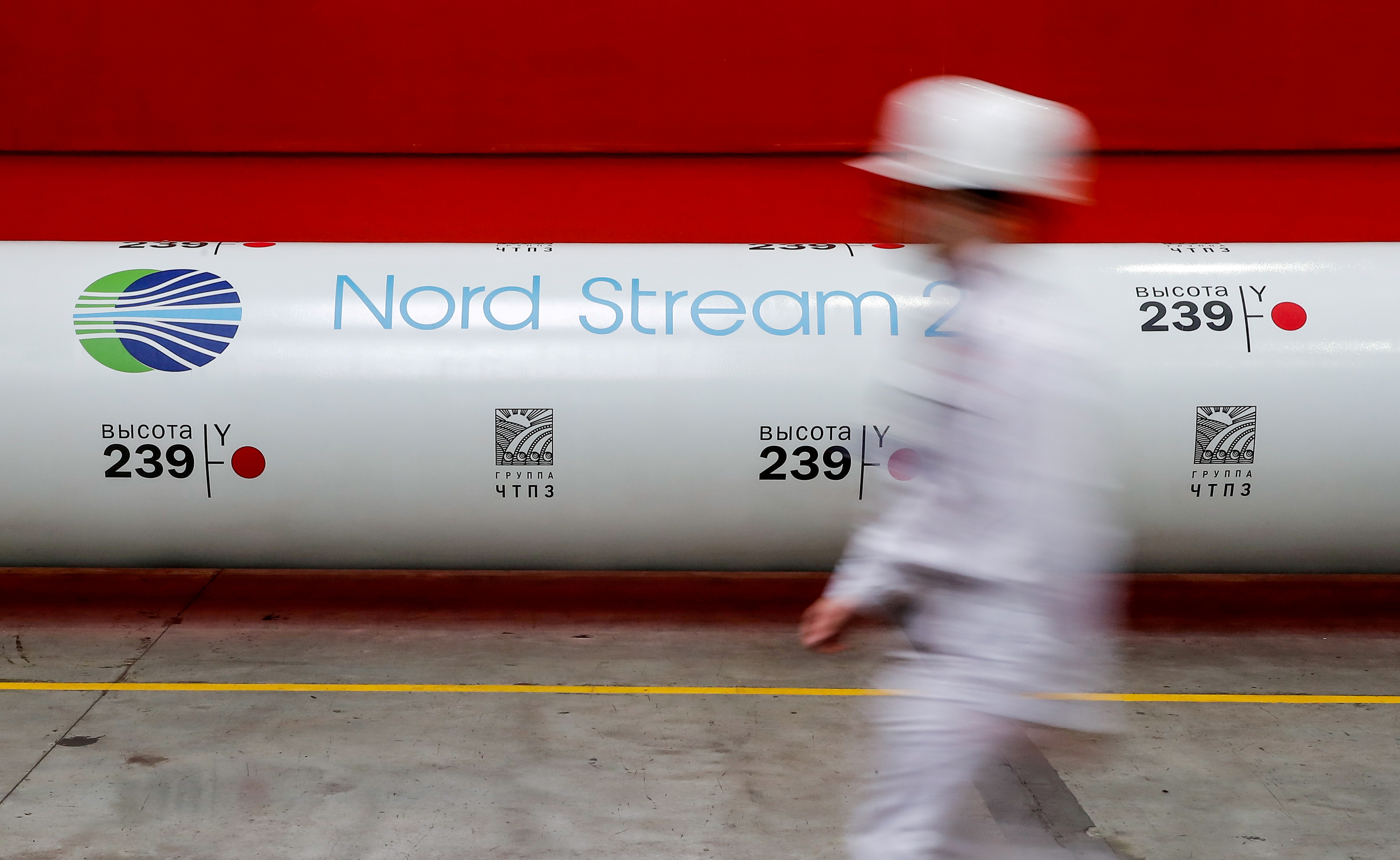 The logo of the Nord Stream 2 gas pipeline project is seen on a pipe at the Chelyabinsk pipe rolling plant in Chelyabinsk, Russia, February 26, 2020. REUTERS/Maxim Shemetov/File Photo

Testing work on Russia’s Nord Stream 2 gas pipeline will start next week, Alexander Drozdenko, governor of the Leningrad region where the pipeline starts, was cited as saying by the TASS news agency on Wednesday.

The United States last month waived sanctions on the company behind the pipeline to Germany and its chief executive, a move decried by critics of the project in the U.S. Congress, but welcomed this week by the Kremlin.