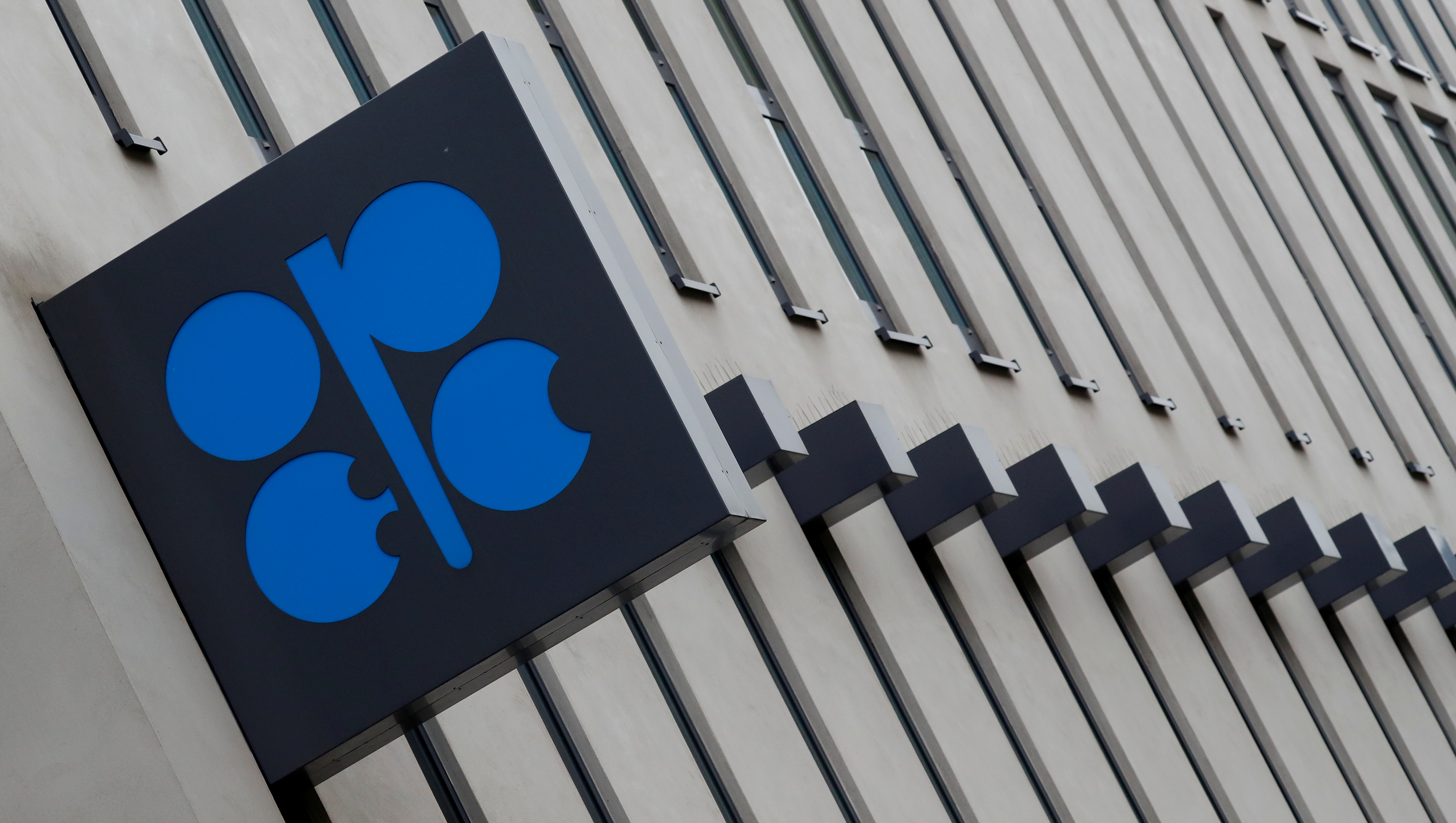 The logo of the Organisation of the Petroleum Exporting Countries (OPEC) sits outside its headquarters ahead of the OPEC and NON-OPEC meeting, Austria December 6, 2019. REUTERS/Leonhard Foeger/File Photo

OPEC+, which on Tuesday rubber stamped an earlier decision to go ahead with production increases over the next two months, now sees the oil market tightening further than previously anticipated.

Under their existing plan, the Organization of the Petroleum Exporting Countries and allies led by Russia, known as OPEC+, will add 700,000 barrels per day (bpd) in June and 840,000 bpd in July.

The oil market, which was largely expecting this outcome, reacted positively, with Brent crude prices closing above $70 a barrel, their highest since March.

The group is due to return the remaining 5.8 million bpd of their cut by April 2022, and will hold monthly meetings until then to set their policy.

OPEC+ data shows the group is now more upbeat about the pace of re-balancing in the oil market that they were a month ago, despite headwinds facing the market from high coronavirus cases in India and elsewhere.

While they’ve kept their 2021 world oil demand growth forecast steady at about 6 million bpd, they revised world supply lower by about 200,000 bpd and now expect the deficit for the year to hit 1.4 million bpd.

This means that OPEC+ expects commercial oil stocks held by the developed world to fall below the 2015-2019 average from July and remain below that average for the rest of the year. While the timeline for this decline is in line with the previous forecast, its extent is deeper.

One wildcard that could shift balances is the return of Iranian barrels to the market if an agreement on lifting sanctions is reached.

The group said it did not discuss the Iranian issue at all at Tuesday’s meetings, as there remained a lot of unknowns surrounding it.

“The return of Iranian barrels does not appear to be an imminent issue for the oil market with the fifth round of nuclear negotiations in Vienna failing to produce a major diplomatic breakthrough,” RBC Capital analysts said.