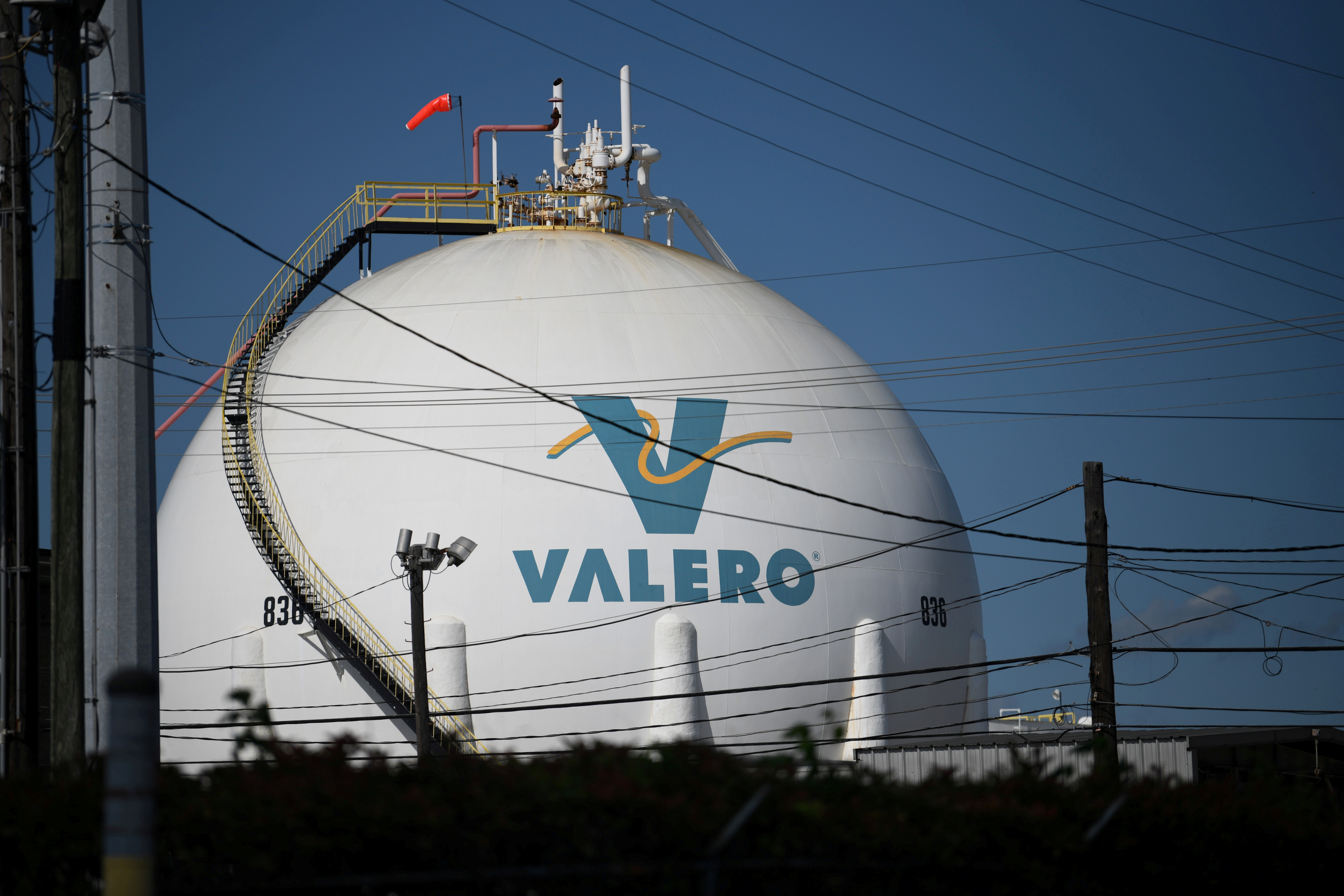 The Valero refinery next to the Houston Ship Channel is seen in Houston, Texas, U.S., May 5, 2019. REUTERS/Loren Elliott

U.S. refiner Valero Energy Corp (VLO.N) posted a larger quarterly loss on Thursday as a winter storm hit its operations in February, but its top boss shrugged off the rare event to focus on rising fuel demand and fatter refining margins.

But the storm-related disruptions also boosted fuel prices and in turn, margins for refiners, with Valero’s first-quarter refining margin surging 33% sequentially to $1.45 billion.

The sector also benefited from rising fuel consumption as an easing of restrictions and the mass rollout of vaccines prompted more people to travel.

“We are encouraged by the substantial increase in products demand and refining margins in the last three months,” Chief Executive Officer Joe Gorder said in a statement.

However, rising coronavirus cases in some countries are threatening the fuel demand recovery.

Net loss attributable to its stockholders was $704 million, or $1.73 per share, for the three months ended March 31, compared with a loss of $359 million, or 88 cents per share, in the prior quarter.

Its results included costs of about $579 million due to the impacts from Winter Storm Uri.

Valero also said it sold on Monday a near 25% membership interest in the Pasadena marine terminal joint venture along the Houston Ship Channel for $270 million. It will retain a 25.01% interest in the project.