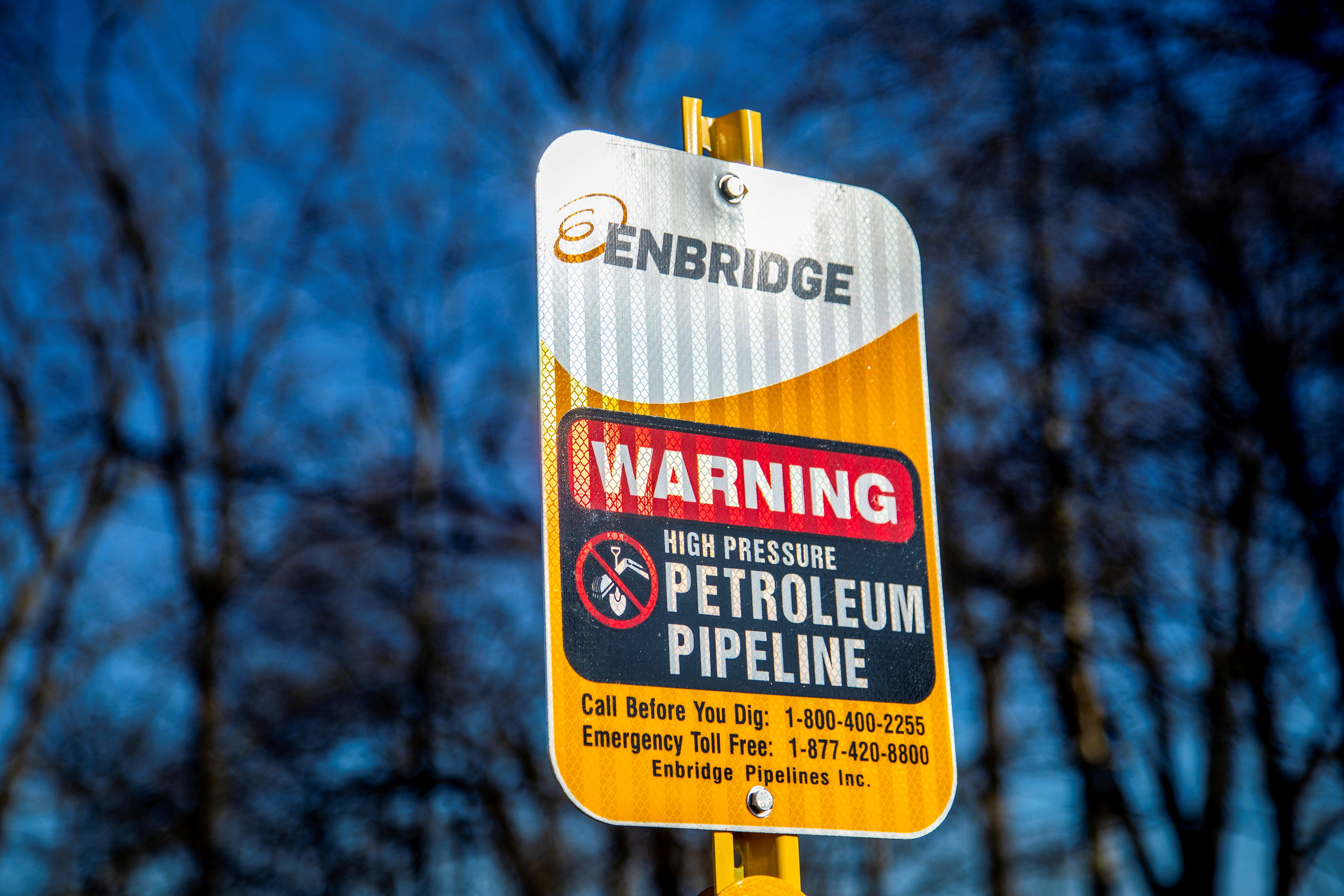 Canada is pushing on several diplomatic fronts against the U.S. state of Michigan’s efforts to close a cross-border oil pipeline, the second such dispute since Joe Biden became U.S. president in January, complicating the governments’ efforts to work together to lower carbon emissions.

The conflict over the aging but key pipeline highlights the disruptions caused by a global shift away from fossil fuels. Both governments are working to accelerate the energy transition, but their oil industries are interdependent, so a policy shift in one country can affect energy supply, and the political balance, in the other.

The United States imports more crude from Canada than any other nation, at about 3.7 million barrels per day, or about 80%of Canada’s crude output.

Ottawa’s strategy, according to four sources familiar with the government’s thinking, is to repeatedly raise the issue of Enbridge Inc’s (ENB.TO) Line 5 with numerous U.S. counterparts – including Biden – to get them to pressure Michigan’s Democratic Governor Gretchen Whitmer to keep the pipeline open.

Last November, Michigan ordered Line 5 to shut by May 13, citing the environmental risk of a possible leak in the four-mile (6-km) stretch of the 540,000-bpd line passing under the Straits of Mackinac in the Great Lakes.

The White House has shown no sign of responding to Canadian entreaties, so Ottawa is considering more drastic options, including a threat to invoke an obscure bilateral treaty to keep Line 5 operating or intervene in the legal dispute currently playing out in U.S. courts.

Line 5, which flows crude oil and refined products from Wisconsin to Sarnia, Ontario, via Michigan, has been in operation for nearly 70 years, but officials in Michigan are increasingly alarmed by its advanced age.

The line has never leaked into the straits but there have been at least eight other spills since 1980, according to U.S. Pipeline and Hazardous Materials Safety Administration data.

The imbroglio over Line 5 comes just three months after Biden angered the Canadian oil and gas industry by cancelling a permit for the long-delayed Keystone XL pipeline project on his first day in office.

Canadian Prime Minister Justin Trudeau’s government reluctantly accepted that decision, even though it killed thousands of construction jobs and further soured Ottawa’s relationship with the main energy-producing province of Alberta.

Ottawa has resolved to fight publicly to keep Line 5 open, which – unlike Keystone – is already operating and a vital link in Enbridge’s export network that ships the vast majority of crude from Canada’s western oil patch to the United States.

Canadian government officials are frustrated by how much time they are spending on the matter, the sources said.

Canada has discussed the pipeline’s fate in dozens of bilateral meetings, including 23 virtual meetings between lawmakers and U.S. members of Congress, according to a spokesman for Canada’s Natural Resources Minister Seamus O’Regan.

“Clearly Line 5 is an important issue for the government of Canada … at the same time we need to be advancing on a cooperative basis the work we’re doing on climate action,” Canada Environment Minister Jonathan Wilkinson told Reuters earlier this month.

Neither Kerry nor the White House responded to a request for comment.

Calgary-based Enbridge has refused to shut the pipeline, arguing the governor’s order needs to be backed by a judge. The case is being heard in U.S. federal court and the two parties started mediation on April 16. read more

Enbridge spokesman Ryan Duffy said a negotiated solution would be in the best interests of all parties.

Trudeau’s administration is mulling whether to take part in the legal challenge by filing an amicus, or “friend of the court” brief, which would explicitly lay out their reasons for backing Enbridge, said a source directly familiar with the matter.

Ottawa is also considering invoking the never-before-used 1977 Transit Pipelines Treaty, designed to stop U.S. or Canadian public officials from impeding the flow of oil in transit.

“The federal government continues to have a role to play, and we appreciate what they’ve done to date,” Enbridge’s Duffy said.

Line 5 is key to fuel supply for the Great Lakes region on both sides of the border, helping supply an area with a population of more than 40 million people.

Environmental campaigners have long been concerned Line 5 could leak into the straits. Whitmer, a Biden ally, made shutting it a key promise in her 2018 gubernatorial campaign.

Wilkinson, after meeting with Kerry, told reporters that “the issue in Michigan is the governor.”

Canada’s Ambassador Kirsten Hillman and Infrastructure Minister Catherine McKenna have both met separately with Whitmer, but she has not changed her stance.

A spokeswoman for Whitmer told Reuters that the governor stands behind her decision to close the pipeline.

Enbridge said shutting Line 5 would cause fuel shortages and gas price spikes, and require 15,000 trucks and 800 rail cars a day to replace deliveries to Ontario. Michigan would also need truck transport to account for lost propane delivery, while refineries in Ohio and Michigan would need to secure supply from other suppliers.

Scott Archer, business agent with Local 663 Pipefitters Union in Sarnia, home to three of Ontario’s refineries, described Line 5 as the “spinal cord of Ontario’s infrastructure” in testimony to Canadian lawmakers.

“Shutting down Line 5 will in effect kill my hometown… and many more places like it in Canada and the U.S.,” he said.

California Governor Seeks End to Oil Drilling in State by 2045