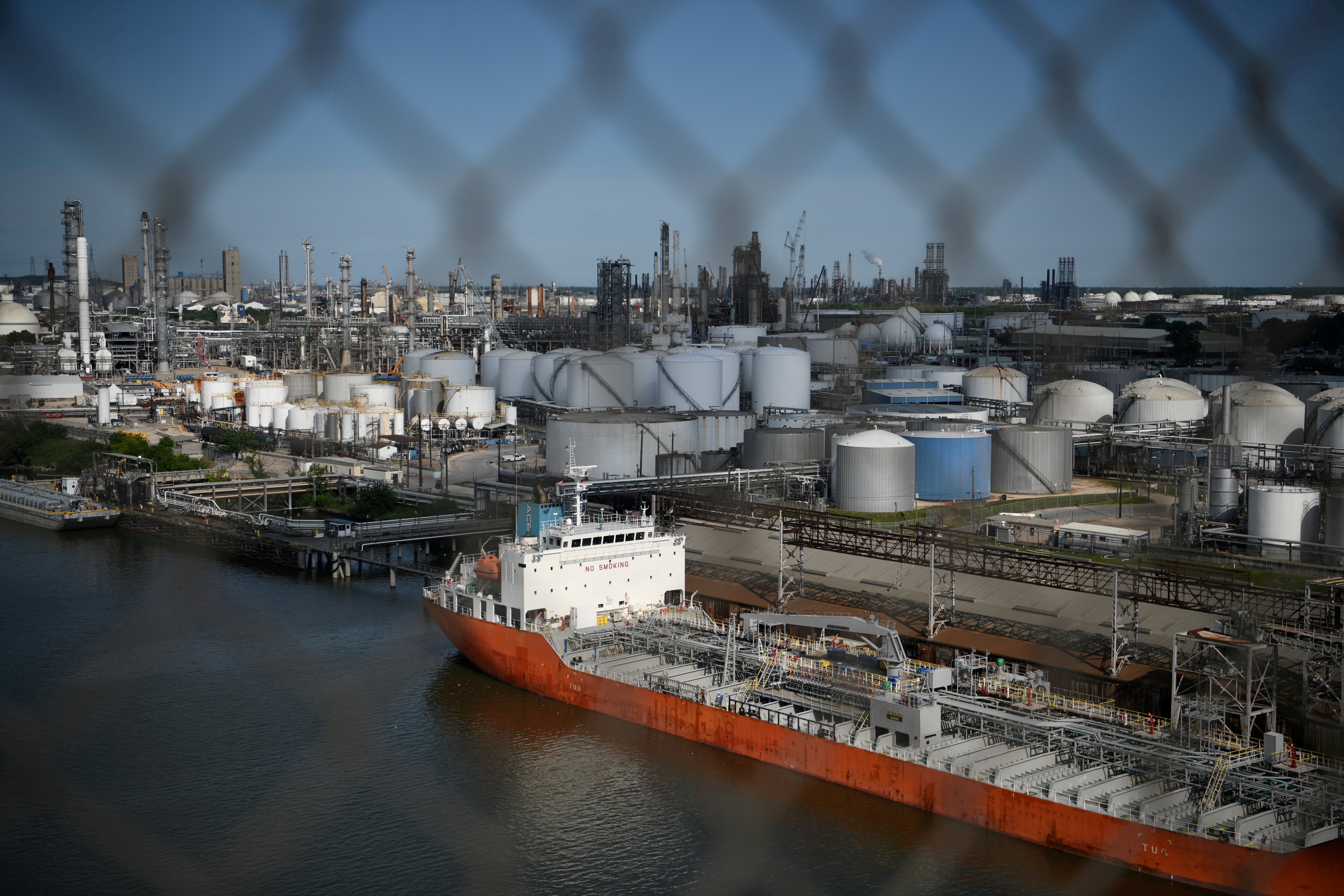 The Houston Ship Channel and adjacent refineries, part of the Port of Houston, are seen in Houston, Texas, U.S., May 5, 2019. REUTERS/Loren Elliott

Exxon Mobil Corp (XOM.N) is advancing a carbon capture and storage project along the U.S. Gulf of Mexico through talks with rivals and government officials, Chief Executive Darren Woods said in an interview on Friday.

The largest U.S. oil producer this month floated a public-private initiative that would collect and sequester planet-warming carbon dioxide emissions from petrochemical plants along the Houston Ship Channel, a 50-mile (80-km) long waterway that is part of the Port of Houston.

Woods declined to identify by name the businesses Exxon hopes to attract to the project, saying he aims to lure the region’s top 50 CO2 emitters, and is lobbying federal, state and local officials for support.

“I’ve been very involved with conversations with the mayor and the local government officials in Houston, with the governor and officials here in Texas, and at the federal level in the administration on this opportunity,” Woods said in an interview.

It would cost at least $100 billion from companies and government agencies to finance a project that could store 50 million tonnes of CO2 by 2030 and double that amount by 2040, Exxon has said.

The project faces enormous hurdles, including financing and support from government agencies for permitting and carbon regulations.

Woods compared the project to “starting a new business, like we did in Papua New Guinea, like we’re doing in Guyana, where you’ve got to bring together a lot of different factors to make those concepts work,” Woods said.

The proposal arose as Exxon faces a proxy fight over its plan to increase fossil fuel production that could greatly expand its carbon emissions. Activist hedge fund Engine No. 1 is battling the company over four board seats and the company’s strategic direction. read more

“We’re basically working and using the channels that we’ve exercised real well over the years in terms of how do you bring together these large scale, complicated project opportunities to move the needle,” Woods said.