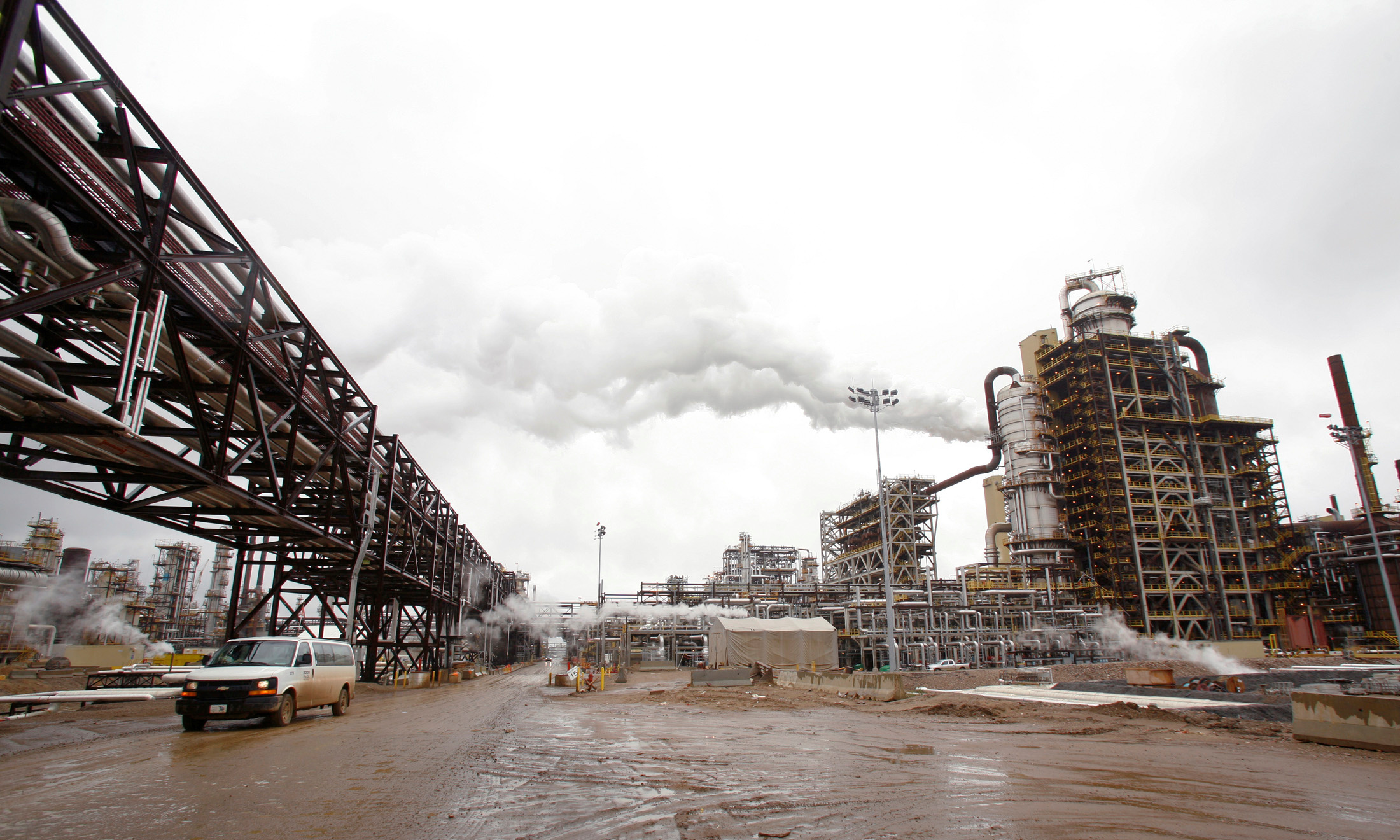 A truck drives down a street at Syncrude’s oil sands operation on May 23, 2006 near Fort McMurray, Alberta. REUTERS/Todd Korol

The oil-rich province of Alberta is battling the highest rate of COVID-19 in Canada as the country grapples with a third wave of the pandemic, and on Thursday hit a record for new daily infections, topping 2,000 a day for the first time. The Regional Municipality of Wood Buffalo, home to the oil sands, has the highest rate of active cases per capita in the province.

Maintenance work is critical for production from Canada’s oil sands, which hold the world’s third-largest crude reserves and produce 3.1 million barrels per day, accounting for roughly three-quarters of the country’s total output.

Twelve oil sands plants including Canadian Natural Resources Ltd’s (CNQ.TO) Horizon and the Suncor Energy’s majority-owned (SU.TO) Syncrude project are tackling outbreaks while in the middle of annual maintenance projects that require flying in extra workers from as far away as Atlantic Canada. read more

In total, there are 822 active cases at oil sands sites, according to Alberta Health. One worker has died.

Suncor has pushed back the maintenance turnaround on the U2 upgrader at its base plant site by at least a month to see if infections subside, said Terry Parker, executive director of the Building Trades of Alberta, representing 18 local unions.

“It’s a very stressful situation right now that they are facing,” Parker said, adding some workers were leaving the oil sands because of fears about becoming infected. “The owners are taking the precautions necessary, and we are still contracting this disease.”

A Suncor spokeswoman said the company is making minor adjustments to pre-work and day-to-day activities, but it remains on track with its planned maintenance.

Syncrude is reducing the size of the maintenance workforce on its site because of the COVID-19 outbreak, said Brad Corson, chief executive of Imperial Oil (IMO.TO), on an earnings call on Friday. Imperial owns 25% of Syncrude.

The mining and upgrading project, which has 254 active cases, is still aiming to finish the turnaround as scheduled in mid-June, Corson added.

CNRL, Suncor and Syncrude said COVID-19 safety protocols are in place. They have implemented rapid testing and isolation camps in a bid to slow the COVID-19 surge.

One contractor at CNRL’s Horizon plant, which has 328 active cases, the highest among the oil sands sites, said workers are tested every four days but that seemed to be having little impact on the outbreak.

“You have 8,000 people on site for four weeks, it’s going to be a thing,” he said, declining to be named because he is not authorised to speak to media.

Indigenous leaders this week called for stricter measures to control the spread of the virus and accused Alberta Premier Jason Kenney of “prioritising profits over lives” by allowing infected workers to come to the region.

Gil McGowan, president of the Alberta Federation of Labour, called on Kenney to shut down work sites with outbreaks across the province, including the oil sands, to get the virus under control.

“This is a recipe for needless infection and needless deaths,” McGowan told Reuters.

Shell Pays Down Debt as Profit Surges by More Than Expected