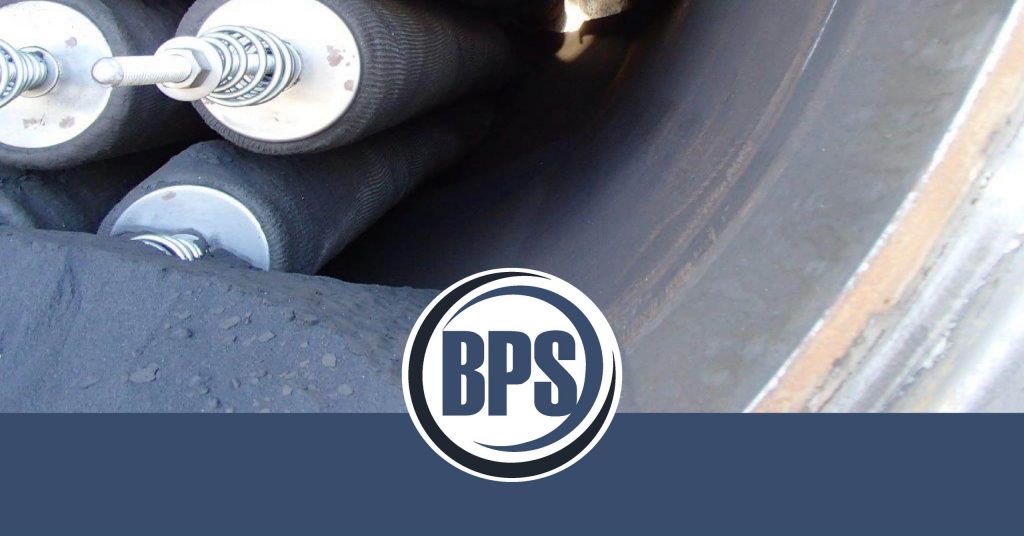 The impact of particulate solids on hydrocarbon liquid pump performance, maintenance and longevity is an extensive topic and the subject of much discussion. So is the subject of effective particulate control in pump applications. Examples of particulate impacts, including black powder contamination impacts, on differing types of pumps abound, but here are a few examples that highlight some common issues:

Surprisingly, there are few methods to control particulates such as black powder (ie. ferrous and non-ferrous contamination) in hydrocarbon streams in pump suction applications, and none of them are fully effective. The common focus is stopping visible contamination above 100 microns with various size mesh screens by using devices such as suction screens, basket strainers, cone strainers, wye-strainers and in some cases, single use filters. The removal of this contamination and the positive impact on pump performance needs to be balanced against the impacts of progressive accumulation of particulates in these filtration devices and the corresponding decrease of net pump suction head (NPSH) at the pump intake. A failure to manage the reduction in NPSH due to increasing pressure differential across the filtration device can lead to pump cavitation and mechanical damage. 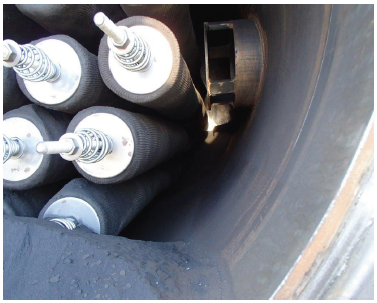 During pipeline and facility commissioning, as well as during maintenance and turnaround activities, various forms of suction screens and strainers can be quite effective at controlling large contamination left in a pipeline or piece of process equipment; this includes welding slag, cutouts, tools and other large visible debris. As commissioning is completed and regular operations commence, screens and strainers are often left in place as the permanent solution (and last line of defense) for contamination control. However, the contamination in these facilities changes from a majority of large, visible particulates to a majority of sub- 100 micron particulates – in particular, sub-40 micron particulates not visible to the naked eye.

Many types of pumps are employed in the movement of hydrocarbon fluids in oil and gas pipeline and facility applications, and each has varying tolerances to particulate size and amount of contamination. There are both pro and con arguments for the use of screens and strainers, with the pro side of the argument generally aligned with preventing 100+ micron contamination from entering pumps and downstream equipment, and the con side of the argument generally aligned around issues created by the screen or strainer itself, as follows:

Due to significant contamination loading from high thresholds for BS&W, most hydrocarbon liquids cannot be effectively filtered with single use conventional filters (ie. elements, cartridges, etc). Many of the above-noted issues are further exaggerated if conventional depth media filters are employed in suction side pump service. 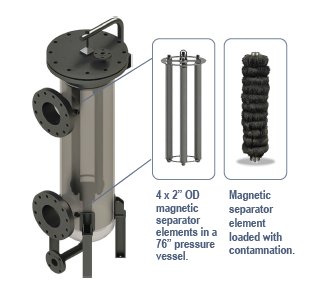 Magnetic separators are a proven alternative to conventional screen and strainer configurations and address most of the shortcomings of those systems. They are easily deployed in hydrocarbon liquid applications including crude oil, refined products, NGLs/ LPGs, condensate (C5), produced water and process fluids like amine and glycol. As a result, they should be considered for both existing and new pump applications as an improved alternative to suction screens and strainers.