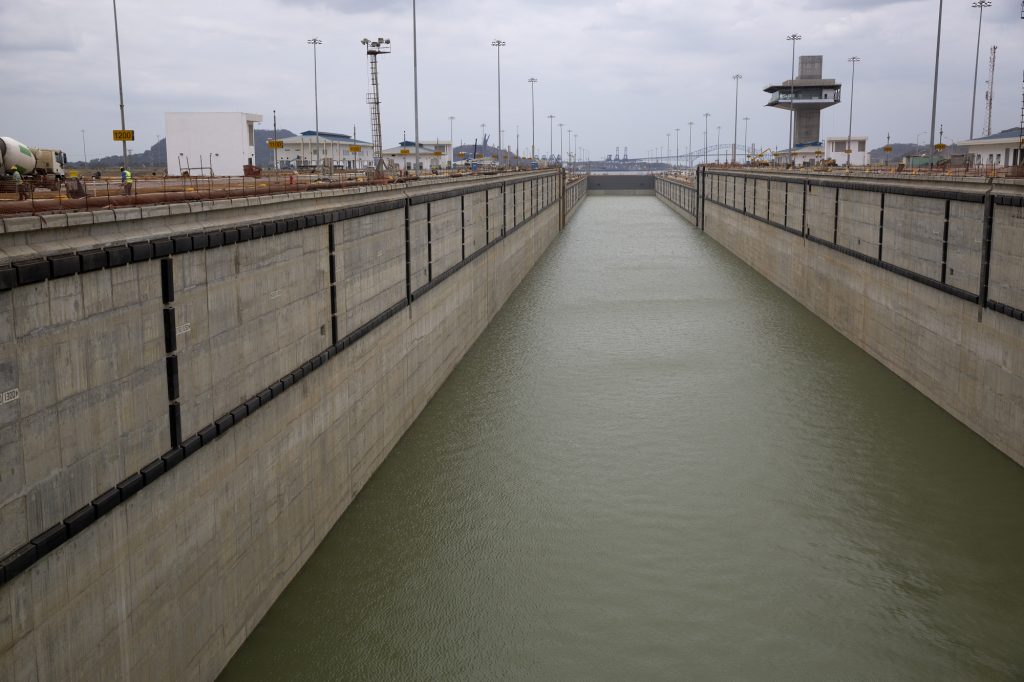 It seemed at the time like a somewhat random, and amazingly fortuitous, coincidence.

Just as the Panama Canal was unveiling a new, fatter set of locks, U.S. shale drillers were readying their very first exports of liquefied natural gas. While the wide-body tankers that transport LNG would’ve had no chance of squeaking through the original steel locks built a century ago, they could easily traverse the bigger channel and shave 11 days off the trip to primary markets in Asia.

But 17 months in, it’s not quite working out as planned. Only a single LNG tanker has a guaranteed passage each day. The natural-gas industry blames the Panama Canal Authority for holdups, and the canal authority blames the industry for being lackadaisical about transit timetables.

Whoever’s at fault, this much is clear: The pressure is on both sides to resolve their problems. For gas exporters, it’s critical to establish credibility as a reliable new source of fuel for clients in Asia. For the canal authority, the stakes are high too, with Mexico and other countries flirting with creating alternative routes as gas demand booms.

“The canal surely has had some issues getting the new set of locks up and running smoothly,” said Peter Sand, an analyst with the shipping association BIMCO. “It has taken longer than the canal and the industry expected.”

The story starts at the opening in June 2016 of the expansion project. It couldn’t have come at a better time for the LNG market, just as Cheniere Energy Inc. was ramping up operations at the first export terminal ever built in the lower 48 states, at Sabine Pass on the Louisiana-Texas border.

The Panama Canal Authority promised a dozen daily slots for ships of all stripes to pass through the new lane — ultimately. So far, the maximum it has been able to handle every 24-hour period is eight; preparations are underway to move that up to 10 or more in 2019.

What rankles LNG companies is that they’ve been awarded just the single reserved slot, with the rest going to container ships that carry consumer goods from sneakers to refrigerators. One position isn’t sufficient now and will be wholly inadequate once all the new export terminals under construction go on line, said Octavio Simoes, president of Sempra LNG & Midstream, at a conference in October. He caused a ruckus when he warned that canal holdups could crimp sales and cost traders serious money.

Jorge Quijano, chief executive officer of the canal authority, fired back, saying there are no plans to boost reservations for LNG tankers — and suggested there won’t be until they prove themselves worthy.

“We can focus on giving them a second slot when they start to behave with a more contract-like pattern with their suppliers and buyers,” Quijano said from his office in Panama City. With container ships, “if they request a transit tomorrow, they’ll be there tomorrow.” LNG tankers, he said, “are a maybe.”

That’s not an accurate representation, according to the natural-gas industry. But canal operators do have to learn to be flexible, because exports from the U.S. will drive more spot trading, said Jason Feer, head of business intelligence at ship-broker Poten & Partners Inc. in Houston.

A decade ago, when the canal authority approved plans for the build-out, the U.S. was developing import terminals. The shale boom changed everything, and now the country is on track to become the world’s third-largest LNG supplier by 2020 — up from zero at the start of 2016. That’s creating a new model for an industry that was once organized mostly around long-term contracts with set destinations.

“Can the canal adapt? Can traders?” Feer said. “I’m not saying it will inhibit the competitiveness of U.S. LNG — but there may be instances where it’s hard or impossible to do a deal because you can’t get it there soon enough because of the canal.”

At Sempra, one of several terminal developers spending tens of billions on new Gulf Coast facilities, Simoes said he and others are working with the canal to find a solution to what he called growing pains. “My intent is not to be upset or disruptive,” he said, but “the Panama Canal needs to work faster to resolve the issues.”

Those include too few tugboats to escort ships through the enhanced waterway, according to tug captains and crew members. They’re not impressed that the authority has budgeted $87 million this year to purchase six tugs with the option to buy four more to expand the current fleet of 46; their estimate is 90 are needed to safely and efficiently handle more than 10 vessels a day.

LNG tankers also require special attention — including tugs with fire-fighting capabilities — because of what they carry.

“You need state-of-the-art equipment and they are short,” said Don Marcus, president of the International Organization of Masters, Mates & Pilots, the union representing many tugboats workers in Panama. He said the canal is risking its own competitive future. “They’re not getting the most out of it because of these flaws, some of which could be fixed, but all of which cost money.”

At the moment, the authority isn’t flush. It has to pay off $2.3 billion in debt it took on to finance the expansion, with payments starting next year. But Quijano said the new lane will record $3 billion in revenue in fiscal 2018, $173 million more than in the previous fiscal year.

“The expansion’s capacity is going to be used much faster than anticipated,” he said. Unmet demand “is a good problem to have.”

Next year, he predicted, LNG volumes will grow by 10 percent. Natural-gas carriers have accounted for 8.6 percent of traffic through the new locks, according to authority data. Container ships represent more than half with vessels including cruise ships and private yachts making up the rest.

“There is a preference for the biggest users of the canal,” said Anders Boenaes, head of network for  Maersk A/S, the world’s largest container-shipping company. “And I think that may be one of the reasons why there is noise among LNG carriers.”

The LNG industry and the canal authority “are both following a learning curve to manage additional volumes from the U.S.,” said Vincent Demoury, general delegate of the International Group of Liquefied Natural Gas Importers. He said he’s confident solutions will be worked out.

Feer of Poten & Partners said that could happen. “The canal will change their processes, if it makes them more money.”

Why It’s So Hard to Find Bargains in America’s Pipelines: Gadfly

World Business: Five Things You Need to Know to Start Your Day