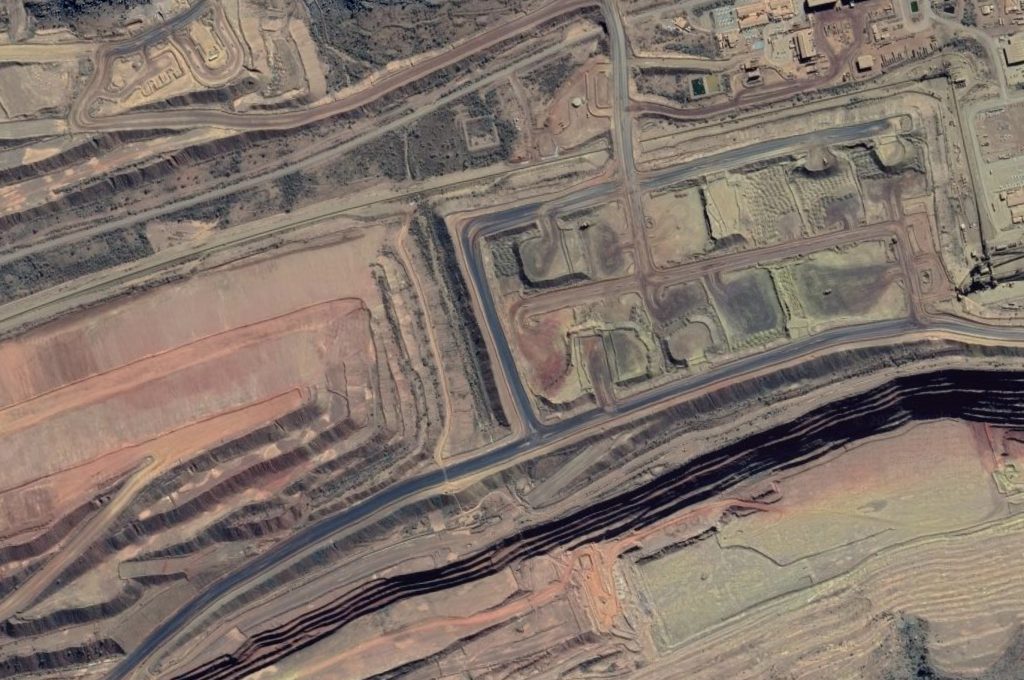 As the world moves to electrify its transportation services, it will slightly turn away from oil, and dramatically towards an alternate range of commodities, leading to new and different supply risks and opportunities.

This article is co-authored with David Smethurst, an energy industry entrepreneur.

The world is all agog about the highly anticipated terminal decline of fossil fuels for transportation.

Consider vehicles. In the US, Tesla vehicle sales have outpaced many other luxury marques, including BMW, Lexus, Mercedes, Cadillac, Audi and Porsche. Ford has finally released an electric F150. The big 6 automakers, who combined account for fully 50% of all vehicle sales (Toyota, Volkswagen, Daimler, Ford, Honda, and GM), have all committed to shift to hybrid, hydrogen, or fully electric drive trains over the next 10-15 years. A few markets have even enacted bans on the sale of new gasoline vehicles in the next 10 years.

The full transition to consumer electric transportation will take a long time. Global automakers have the capacity to make ~80m vehicles per year, ~45m are for growth (ie, first time car buyers), and the balance are replacement (upgrades and accidents). Compare this to the total global installed base of over 1 billion vehicles and it will take almost 3 decades to replace all the existing gasoline cars at a pace of ~35m per year.

Consider heavy haulers (or prime movers as they’re called in Australia). There are at least 300m plying the roads today, and the major manufacturers are designing new battery electric versions, including Tesla. Global manufacturing capacity is around 4.3m units. They turn over regularly as operators chase the latest and lowest operating cost versions. But full replacement will take ages.

Consider aircraft, with an installed base of ~38,000. Trials for small short-haul electric airplanes are continuing, but the long haul market looks like it will continue to use jet fuel for the long term. Hence the interest by airlines to shift to sustainable products like bio jet.

Tidal shipping is similar, although there are more fuel options such as hydrogen, liquefied natural gas, and bio diesel. All look plausible to take a bite out of fuel demand. Similarly replacing all the merchant ships of the world (35,000) will take a long time.

Now, courtesy a global short fall in refining capacity (a couple of refineries in North America closed permanently, Russian refineries are idle because of sanctions, and pandemic effects have slowed down Chinese refining), along with the sudden rise in economic activity as the pandemic recedes, pump prices have shocked all markets. Dramatically higher fuel prices are encouraging consumers to seriously consider electric vehicles as their next purchases. Rising carbon taxes help motivate industrial transportation (trucking, shipping, and air travel) to accelerate their own fuel shift.

But enthusiasts for fuel transition often overlook the hidden rising demand for the other commodities that accompany the shift to electric transportation. Are we adequately prepared?

Electric power plants, motors and generators are well proven technologies, and the techniques for manufacturing electric systems are well understood. Not much novelty there. R&D in batteries continues apace. The problem is that the raw materials for a wholesale shift to battery electric transportation may not be in sufficient supply to meet the potential demand. And it’s not just lithium that may be a problem.

The easiest commodity shift to understand is copper because of its familiarity.

All vehicles contain some copper for non-electric components, and much more if they feature an abundance of electronic consumer conveniences such as power doors, power windows, heated seats, and electrical outlets to power all of our devices such as phones and tablets.

For example, the typical US gasoline vehicle today includes between 15 and 50 pounds of copper by weight, 80% of which is for the electronics.

It stands to reason that as electric motors replace some or all of the gasoline drive train, the copper content of vehicles will rise. And sure enough, hybrid vehicles have 85 pounds of copper, and plug-in hybrids have 132 pounds. A pure battery electric vehicle contains 183 pounds of copper. A battery bus has almost a ton of the stuff. All the new charge points required will need copper. One of the world’s newest copper mines, Quellaveco, has taken over a decade to come on line.

The current battery technology of choice for electric cars is based on lithium, the lightest of metals. This source estimates that a a lithium-ion battery for an electric vehicle requires about 0.85 kg of lithium carbonate per kWh, or 0.16kg of Lithium metal/kWh.

Lithium is plentiful on Earth, but rarely in high concentrations, leading to higher costs to extract and process. Volume production is concentrated in a handful of countries in South America, with more mines coming on line over the next 3 years.

Nickel also features in some battery designs. Fortunately, the world has many other uses for nickel, and the metal is mined in a few countries. Nickel does occasionally suffer from dramatic price volatility, which suggests that the supply is roughly in balance with the demand. Miners have added nickel capacity to help meet the looming demand over the next 3 years.

Cobalt is similar to lithium in that it is widely found on Earth, but in relatively few locations in enough concentration for profitable extraction. Historically, the bulk of the world’s minable cobalt was found in the Democratic Republic of Congo (DRC), a country with a troubled history of corruption and child labour. Reliance on DRC for cobalt supply is a recipe for brand damage.

Electric vehicles incorporate an abundance of computer circuit boards for services like the dashboard computer, camera data interpretation, and network connectivity. Circuit boards often have tiny amounts of gold and silver, two metals that are revered as stores of value. Yet another risk of brand damage should industry find itself inflating the demand for gold.

Electric motors, depending on their design, can contain rare earth elements such as neodymium. Rare earth elements are exactly that, rare, in generally short supply, and mined in few locations. They are important components in military gear and the topic of national security.

A number of rare earth elements are used in catalytic converters (such as palladium and platinum), and of course, the demand for these elements will moderate as we abandon fossil fuels for transportation.

The two most valuable resources by global trade value are crude oil and natural gas. An enormous global industry is directed at proving up reserves, developing potential resources, and producing these commodities. The abundance of energy commodities (oil, gas, and coal) has steered us to conclude that we will always find the resources we need in the quantities we require at the prices we can afford from reputable suppliers when we need them. For global energy companies, shifting to the commodities needed for electrification is not attractive when the balance sheet is already loaded with oil and gas resources to target at today’s elevated prices.

If we don’t get this right, we may face a series of helium moments.

We all think of helium as a key feature at certain kinds of parties. If you inhale the helium in a party balloon, it alters your voice by raising the pitch to cartoon levels.

Helium helps isolate silicon wafers from the air during manufacturing (and electrification of transportation will depend on semiconductors based on silicon).

Today, the helium market is in some distress.

Helium, like the key elements we need for electrification, isn’t something we can simply make through a clever chemical process. It is finite on Earth. Today it is most often found in economic quantities in traditional natural gas reservoirs, in places like Algeria, Qatar and Russia.

Otherwise, helium is now rare on Earth, and hard to find. The easy, low cost sources are petering out, and tomorrow’s helium will be difficult and costly to extract.

There’s no helium exchange to provide pricing transparency, but suffice to say, helium is in high demand, and becoming an issue of national security.

Another element suddenly on the radar is neon, an equally useful gas in the manufacture of computer chips. Neon was a by product of the enormous metal works in Mariupol, now effectively destroyed by the war. Russia has announced a ban on the export of both helium and neon from Russia.

Energy diversification is still very much an evolving concept. It is not well understood what the implications are for a wide range of inputs into the energy industry and into energy-consuming sectors such as transportation. As this article sets out, an eventual shift to battery electric transportation, as just one element of diversification, presents both opportunities and risks from the underlying minerals and metals required. Countries and economies that concentrate on attracting the next auto plant or giga factory while ignoring the underlying commodity play are shortchanging themselves. Governments that fail to put in place appropriate transition plans are setting their economies up for a rough ride.

Here’s what we need to do:

Pay more attention to the underlying risks presented by an outdated assumption that the commodities we consume today are abundant for the future. They may not be. Businesses that are dependent on a plentiful supply of a low cost commodity that might suddenly be in high demand are at serious risk.

Stimulate a national conversation on the imperative to find new domestic supplies of the minerals and metals of the future. This conversation must include not only the resource companies with the skills, but capital markets who finance the industry, institutions that train up the expertise, and communities whose land is needed.

Develop national minerals, metals, and materials policies for the effective management of energy related inputs. In the same way that western jurisdictions have proven themselves capable of managing hydrocarbon resource extraction, these jurisdictions need to embrace a much wider but equally valuable and more strategic resource mix.

Accelerate the approvals for mine and resource development. The multi year timelines we have tolerated in the past for resource projects (Teck’s Frontier oil sands mine took a decade just to get to approvals to proceed) are out of step with the accelerating electrification wave, the pressures on the planet, and the demand opportunity now in front of us.

Resource producing countries face unique opportunities to capture the high value commodities of the future. Or they can face a series of helium moments. It’s not too late to chose.