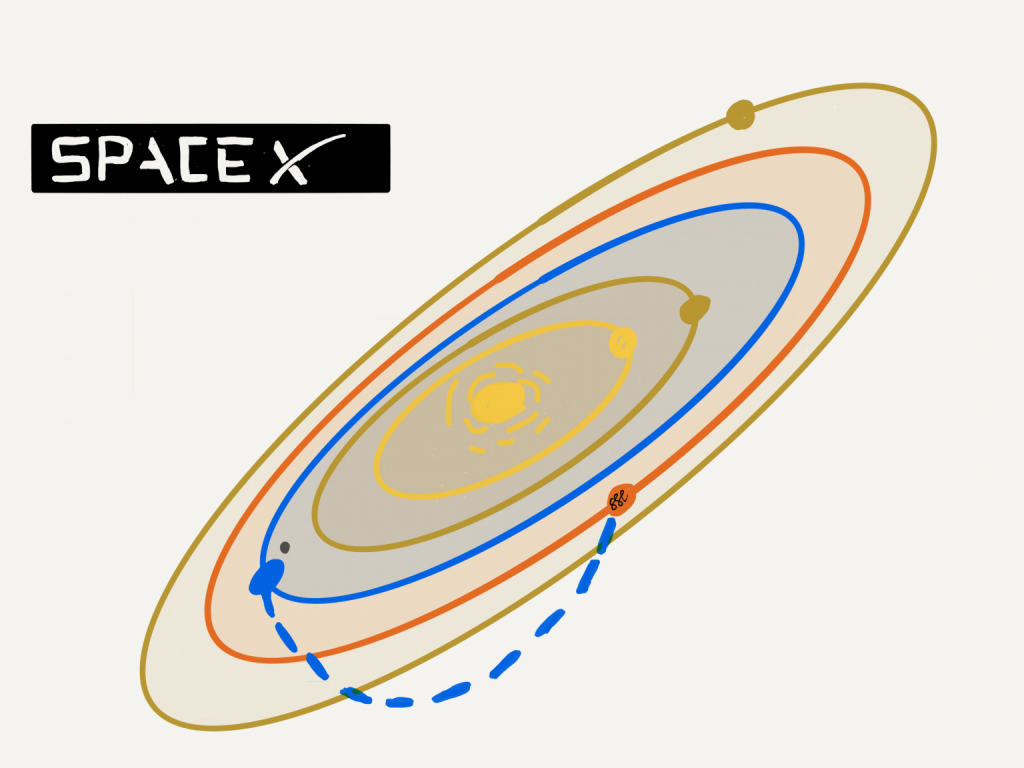 A few years ago, the annual general meeting of the Deloitte Canada partners was held in Quebec City, and the featured speaker was Sir Richard Branson of Virgin fame. The conversation on stage revolved around Virgin’s penchant for targeting industries that were slow to change, and one fearless soul asked if Virgin was targeting the auditing and tax professional services sector. Branson cheerfully replied, ‘no, not at this time, but you should pray that we don’t’, or words to that effect. The implication was that his team of analysts continuously scoured the world for opportunities to bring Virgin’s disruption ethos to new markets, and fortunately for auditors everywhere, auditing was not on the menu.

But the message was clear. ‘We looked at you, but the timing wasn’t right’. Many industries discover too late that they’re in someone’s cross hairs.

Digitally capable companies have been interested in energy for some time, such as solar power and wind farms, but not fossil fuels. Obscured in all the news coming out of Europe recently was a brief story about the SpaceX organization (owned by Elon Musk of Tesla fame) and its interest in whatever hydrocarbons might lie beneath its rocket launch facility in Boca Chica, Texas.

SpaceX subsidiary Lone Star Mineral Development company believes it successfully purchased the mineral rights to the La Pita lease (an exploration block) which is very close to the launchpad. Apparently the site has been inactive since 2015 (which is not a surprise given the global price collapse at the time).

As is usual in America, litigation rules. The former operator of the site, Dallas Petroleum Group, has embarked in a court challenge to dispute Lone Star’s evolving interest in the site.

Mr Musk has been quoted as both aiming to put the oil and gas industry into the history books, and hoping to not demonize the industry until his plans come to fruition. So it comes as a surprise that SpaceX is interested in hydrocarbon production.

Is this a Virgin moment for the gas industry, where it is suddenly targeted by a digital transformation specialist?

SpaceX and other similar businesses like Virgin Galactic and Amazon Blue Origin have been making tremendous progress in the past several years. By bringing the iterative development model (or agile) to the rocket business, these companies have permanently upset the traditional approach to rocket design and space travel. Their success is hard to dispute. SpaceX, for example, suffered 6 consecutive launch failures when they first began, but then launched 111 successfully in a row. Launches are no longer even newsworthy events.

SpaceX’s rockets are gigantic, and can lift extraordinary loads, relative to the loads from 50 years ago. Traditional rockets required all payloads (satellites, equipment, tools, vehicles, instruments) to be shrunk by weight and volume so that each launch maximised its load and fit into a small payload space. SpaceX doesn’t face that constraint to the same degree, which means much less time and money is spent retrofitting gear for space travel.

SpaceX also reuses its fuel tanks and launch rockets, not by dropping them empty into the ocean for recovery but by flying them back and landing them where they can be quickly reused. Some components require a month of time to inspect, replace consumed fittings, and refuel for the next lift. Other components turn around in a day or so.

These design concepts (large scale, return to base, high reusability, fast turn around, iterative improvements) mean that the frequency of launches is rising fast and the cost is falling quickly.

Launching a rocket is not without its risks, of course, and 111 successes do not yet constitute a sufficient track record of flawless performance to conclude that the risk is eliminated. Nevertheless, the progress is very encouraging.

It goes without saying that the traditional rocket businesses have been quite thoroughly disrupted.

To Mars and Back

The challenge faced by all rocketeers is the amount and type of fuel required to free a projectile from whatever gravitational force is holding that rocket to its terrestrial resting place.

Agencies (and to date it’s largely been government funded rocketry) have used a variety of fuels for their needs, and in most cases, the fuels are of the fossil variety.

Despite decades of research on energy sources, we’re still a long ways off from an alternative portable, low cost, safe, and reliable fuel suitable for space travel.

SpaceX’s ambition is to fly regularly to Mars which then creates the need for fuel to make the return trip. One fuel source that Mars has in uncertain measure is methane, a fuel that the gas industry is quite accustomed to exploiting. We know how to extract it, handle it, chill it, store it, clean it, and consume it.

One option for SpaceX is to carry the fuel all the way to Mars for the return journey. That would require a lot of flights to build up the supply of fuel. A second option is to use Mars’ store of methane. Other fuels such as hydrogen might be preferable because methane is encumbered with a low-value but weighty carbon molecule, which on combustion coats equipment with soot. Offsetting the disadvantage is the absence of regulations on Mars about resource extraction and green house gas emissions.

The technical problems that SpaceX now needs to solve are how to extract a fuel such as methane on Mars, purify the raw material of any undesirable compounds, chill it to a liquid state, and load it into a rocket tank. In theory, SpaceX could turn to the natural gas industry for technical assistance. But one of the secrets of Tesla’s success has been to eschew the incumbent industrial players in the auto sector in favor of owning the supply chain problems end to end.

There are many reasons for this. Here are three:

The incumbents in any industry often think they know better, making them close-minded to alternatives. The auto industry repeated a ‘we know better’ narrative to itself until it was too late. Now Tesla is worth as much as the next 6 auto companies combined.

Incumbents are often misdirected by the value attributed to their legacy solutions, and fail to recognise the value at stake from a disruption. Toyota has 70 years of experience and hundreds of millions of vehicles manufactured, but now feels that Tesla has a 6 year lead in vehicle electronics. Tesla is only 13 years old as a company.

Incumbents often capture regulatory processes and have perfected practices which lock them into decisions from the past or scale economies that they can’t easily unwind. Newcomers can then devise creative new solutions that incumbents can’t easily replicate or adopt. Tesla built its business from the ground up using robots, whereas other auto companies are saddled with high labour cost models, unions, and pensions.

It is good news for humanity that a digital company is now about to invest in figuring out the fossil fuel extraction business, but it might not be good news for resource companies and their supply chains.

SpaceX is likely to bring the Silicon Valley model of agile decision making, iterative development, and digital smarts to bear. Lone Star is a start up and unencumbered by the industry’s legacy business model, supply chain, and solutions design. Their focus will be to source fuel for their rockets and to solve the technical problems of a fully autonomous off planet gas business model. They can further benefit from the drilling knowhow of The Boring Company and the telecoms knowhow from the Starlink satellite telecoms network. By locating to Texas (and not environmentally restrictive and high cost California) the company can source some gas knowhow.

Where other gas players build their business around a high labour, technically skilled model, SpaceX will use robots. Where gas companies today restrict their designs around constraints like telecoms networks, Lone Star will crack through these challenges with edge devices not dependent on persistent telecoms. Where incumbents today start with the rules and standards they helped write and processes they perfected, Lone Star will throw away the rule book because they’re solving for Mars’ challenges where the rules and processes don’t apply.

And along the way, Lone Star is almost certain to discover dramatically better ways of working that will equally apply to the gas industry on earth. These could put Lone Star years ahead of gas companies, as Tesla is now ahead of Toyota.

Incumbents are almost certain to fall into the automaker’s folly of the dismissive narrative, the misguided conclusions about Lone Star’s inevitable early failures, and the failure to spot both the short term implications for their earthly business and the longer term opportunity to be part of space colonization.

The smart money in gas is on notice to swallow its pride, discount its business value and throw away its rule book for the chance to work with Lone Star and learn how to do gas at the speed of digital.

This article is co-authored with Quinn Goretzky, CEO of Rogue7, the preferred optimizer of network asset performance for pipelines everywhere.