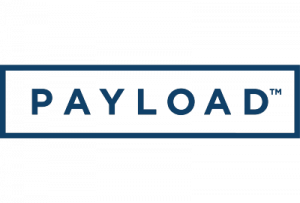 Following up on our previous post where we discussed how Payload can help a business transform their business from being solely paper based to a digital business that can be driven by data, we wanted to build upon this.

The solutions provided by Payload enable businesses to introduce new business models and workflows, allow business to identify value-producing opportunities, and can lead to lower costs and money saved; money which can be put back into your business.

So, how does all of this happen?  How is all of this made possible?  In short, the answer is “data”.  In this  post, we will dive further into data.

What does the data tell us?

We analyzed data from AER manifests created in 2021 to derive our numbers. The dataset consists of nearly 4,000 manifests covering movement of 36 hazardous waste products across 8 areas of operation within Alberta. Key amongst the data for this analysis are the manifest status change data points, which allow the user to see the timestamp of when each step has been completed and by whom.

For reference, the statuses being used are:

By calculating the time difference between the status updates we arrive at an average time of 81 hours from the Generator shipping a load to having completed reconciliation, with a median of 39 hours. In contrast, data gathered from client interviews, the existing paper process takes at minimum 30-45 days (720-1080 hours). This represents an average time saved of 89-92% and median time saved of 95-96%. Experience tells us these numbers will improve as industry continues to familiarize themselves with digital processes, most notably at Receiver facilities, and as the technology becomes more robust.

Clients who implement PL Manifest see immediate improvements to the lifecycle timeline of their manifests. The drastically faster reconciliation process unlocks a host of benefits for both Generators and Receivers, one of which is well illustrated by this anecdote from an Admin user working for a global Oil and Gas producer:

“Receiver A had a manifest appear in their PAYLOAD system, but the load never showed up. They contacted the Generator about the missing load. An admin was able to go into PL Manifest, quickly identify who created the form, and contact the field operator. After some discussion it came the reason for the missing load was uncovered: the truck had taken on little volume so they decided in the moment to not ship to the Receiver A with the current manifest, instead they would fill the truck the next day with more volume. They had created a fresh manifest for this new load sending it to Receiver B instead. They had forgotten the original manifest for Receiver A from the day before had already been made. The issue was resolved within 24 hours of it being brought to the Generator’s attention, where in the past they would not have even realized there was an issue until 30+ days after the event; the likelihood of people remembering the details of that specific shipment after that long are quite low. If they hadn’t had complete visibility into forms being created there would have been a gap in the manifest sequence that would have caused problems had the AER performed an audit. Instead, now they have the completed form and a voided form, maintaining sequence and a digital record of what transpired.”

Without the 89-96% time reduction in manifest lifecycle that anecdote and many others like it would not be possible.

Beyond the ability to quickly diagnose and solve issues there are a other benefits to highlight. One of our clients gave us insight into the effort involved auditing the paper process. It took one Full-time Employee (FTE) two full weeks to gather, organize, and reconcile manifests for submission to the AER. This included needing to recreate manifests from truck tickets as they realized there were a significant amount that had been misplaced. Digitizing the process means manifests are 100% complete every time and there is an easily accessible digital repository containing every manifest, eliminating the need to recreate missing manifests as well as nearly all the manual effort involved in the audit process. The effort shrinks from 80+ hours to less than 8, a minimum 90% decrease, making audits significantly less impactful to operations and the bottom line and removing the need for physical storage, resulting in considerable cost savings.

For more information on how our team can help your organization, contact our team at [email protected] for a demo, today.