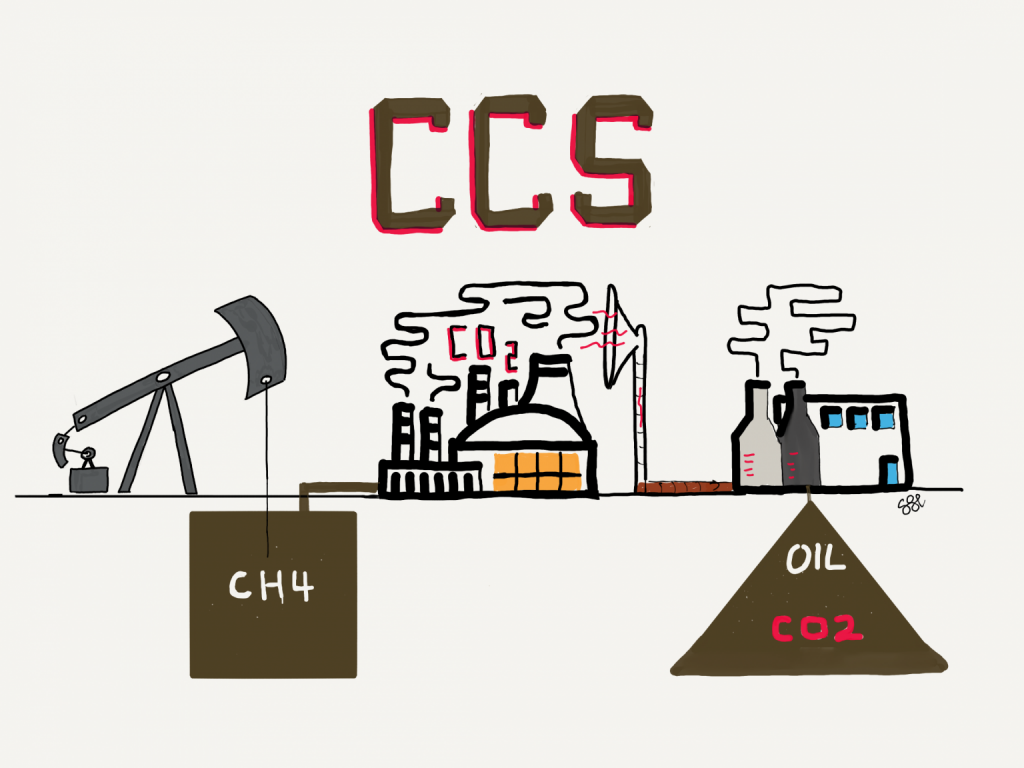 CCS Is The Mirror Image of LNG

In the drive to decarbonize their economies, few nations have the capital and borrowing capacity to completely replace their existing energy supply chains. Indeed, to keep energy supply secure during diversification or transition to renewables, national economies will continue to rely on their existing hydrocarbon fuels and their energy delivery systems, despite the fact that those fuels are adding to the carbon problem.

That’s why carbon capture and storage continues to get a hearing among energy analysts and governments. It’s a thing because there are numerous large scale sources of carbon dioxide wherever there is a large industrial heat source based on combusting a hydrocarbon fuel (ie, a gas or coal power plant that generates electricity, or a cement plant, or district heating), and there are plausible places to store CO2 back underground. CO2 is also handy as a mechanism to improve oil reservoir recoveries (CO2 doesn’t mix with the oil and can push the oil into place for recovery).

In a perfect world, we could sort out how to extract carbon dioxide straight from the air, at scale, like a forest, but we don’t know how to do that yet. Capturing CO2 from car tail pipes is impractical given the 1.2 billion cars out there and the need to retrofit them all for what would individually be too little gas to make a difference. Same for adding CO2 recovery to all those little burner tips in the typical household, such as the hot water heater or the cook top.

Carbon capture and storage is actually misnamed. It should actually be carbon dioxide capture, liquefaction, and storage, because that’s what these projects entail:

This is the reverse of a traditional methane LNG project:

Regardless of whether methane is being extracted, or CO2 is being injected, financing these large scale industrial projects depends on long off-take contracts that provide the guaranteed cash flow to the debt markets, proving the ability to service the debt. In the case of LNG, it’s the contracts with the gas utility that buys the methane for 20 years. In the case of CO2, it’s the carbon tax avoidance that allows an existing scale emitter to avoid replacing their entire energy supply.

The key operating difference looks like getting the geology right. Liquid CO2 can’t be transported long distance by pipeline (as it warms up it will want to become a gas), so the liquefaction facility needs to be very close to the reservoir. A gigantic, and nearly depleted oil field, would work nicely.

Lessons from Down Under

I moved to Australia in 2012 to work on the east coast LNG projects because I was certain Canada would sanction more than one of its proposed 21 projects, and I’d get to work on one. Got that wrong. Meanwhile, I had a front row seat to the reality of building these large scale projects, seeing what works and what doesn’t.

The Australian government, through its R&D arm called CSIRO, commissioned a study looking back at its LNG projects to ask what would need to be done differently to reduce their expansion costs. I had the great fortune to work on this assessment. We concluded that if a standard LNG project (in-country gas wells, gas compression assets, transmission pipeline, and LNG manufacturing trains) were delivered 12 months faster, the project would reduce its 20 year break even cost by $1/gigajoule produced. A nine million ton per year plant produces 455.97 million gigajoules annually. Over 20 years, that’s a $9b saving.

While Australia struggled to build its projects on time and on budget, Exxon built a new facility in Papua New Guinea (a developing country, unlike Australia, which is fully developed) ahead of schedule and under budget. The facility produced several months of LNG cargos before the debt repayment kicked in, giving the project huge cash flow benefits (in the billions).

Australia learned a lot of lessons from its experience in building three large LNG projects cheek-by-jowl in Queensland, including:

Australia’s gas developments predated the digital era. The projects were designed as if the internet did not exist, cloud computing was mythical, mobile computing was not a thing, and big data was beyond reach. Imagine designing a project, let alone a business, today with those assumptions.

Here are some of the digital design parameters that I would be building into any CCS project that might be coming forward:

A lot of community money is going to be spent on these CCS projects. Smart operators will insist that these projects be designed with an eye not just to their day one operating requirement, but their operating needs five years from now.

How it Works: A Step-by-Step Guide to Managing Your Assets with DeReader.