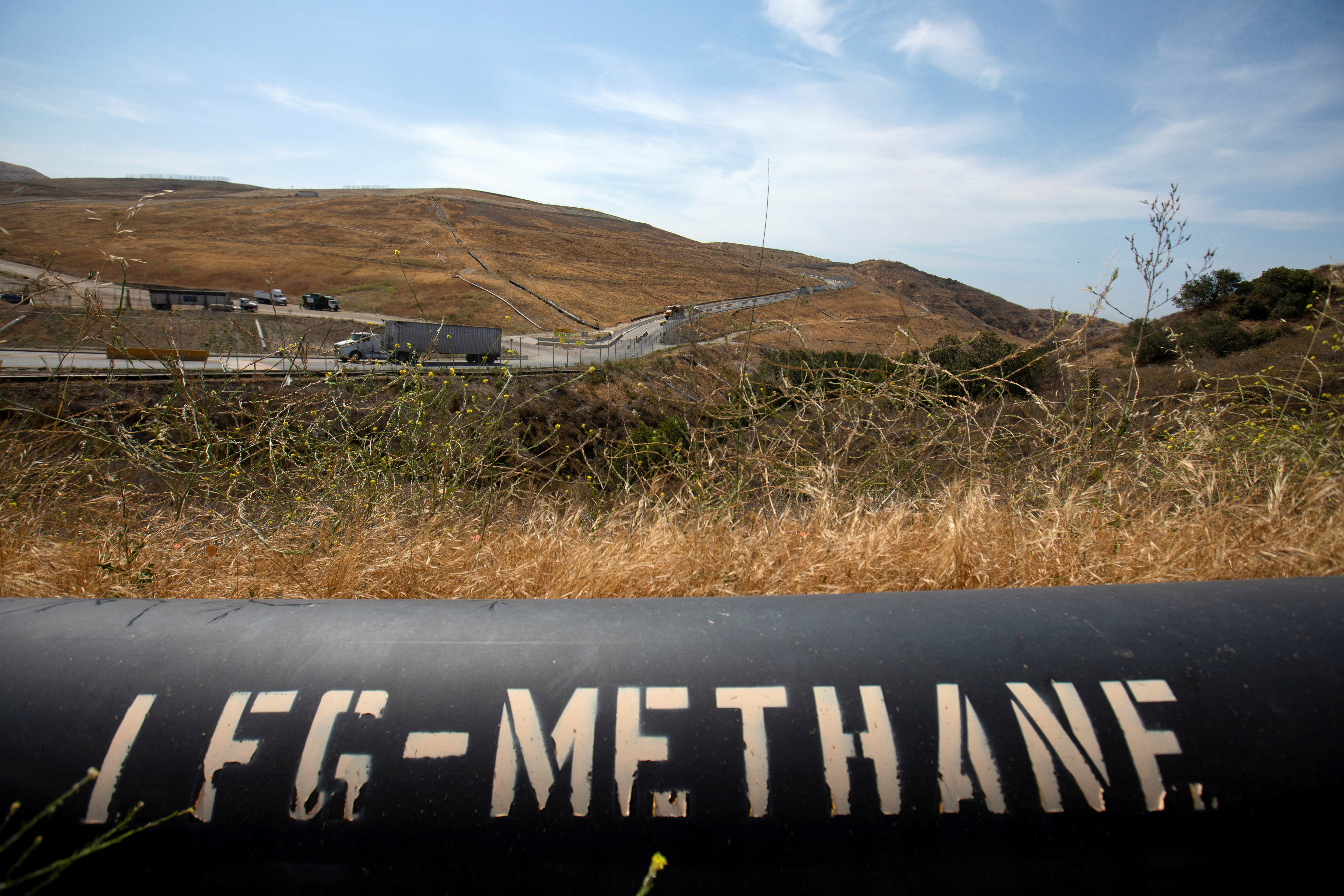 Nov 2 (Reuters) – The Biden administration on Tuesday unveiled a plan to slash emissions of the greenhouse gas methane across the country, starting with oil and gas wells, pipelines and other infrastructure as part of its broader strategy to crack down on climate change.

The announcement of the U.S. Methane Emissions Reduction Plan coincides with the United Nations climate conference in Glasgow, Scotland, where the United States, the world’s second-largest greenhouse gas emitter, is seeking to reclaim leadership on the world stage by demonstrating tangible steps to curb emissions at home.

President Joe Biden has set a target to slash greenhouse gas emissions by more than 50% by 2030 but is struggling to pass major pieces of climate legislation through a deeply divided Congress, making policies by federal agencies more crucial. His administration and the European Union are also seeking to lead a new international pact to reduce methane by 30% by 2030, drawing participation from some 90 countries.

“The timing of this is critical. As we speak, world leaders are gathering right now in Glasgow and they are looking to the United States for true leadership,” U.S. EPA Administrator Michael Regan told Reuters in an interview about the plan. “This proposal is absolutely bold, aggressive and comprehensive.”

Methane is the second-biggest cause of climate change after carbon dioxide and has become a focal point at the Glasgow summit. Its high heat-trapping potential and relatively short lifespan in the atmosphere means cutting its emissions can have an outsized impact on the trajectory of the climate.

The EPA proposal will require oil and gas companies to routinely monitor 300,000 of their biggest well sites and other infrastructure for methane leaks and repair them quickly when found, according to a summary seen by Reuters.

The EPA proposal would also require oil drillers that produce natural gas as a byproduct to sell it or flare it instead of venting it into the atmosphere, and require upgrades to equipment such as storage tanks, compressors, and pneumatic pumps to reduce leaks.

The rules would most likely take effect in 2023 and would be aimed at slashing methane from oil and gas operations by 74% from 2005 levels by 2035, an amount equivalent to the emissions created by all U.S. passenger cars and planes in 2019, according to the summary.

The EPA’s proposals require companies with well sites emitting an estimated three tons of methane per year or more to monitor for leaks quarterly, a threshold the agency said would capture sites responsible for 86% of leaks but which is likely to upset environmental groups that want all sites monitored routinely.

Oil and gas industry groups have pressed the EPA to exclude smaller wells from the regulations, citing the sheer number of such wells and the costs of the monitoring and repairs.

The administration’s methane strategy will also include a new proposal by the U.S. Pipeline and Hazardous Materials Safety Administration requiring companies to monitor and repair methane leaks on about 400,000 miles of previously unregulated gathering lines.

The administration’s plan also proposes new voluntary measures from the Agriculture and Interior departments to tackle methane emissions from other major sources, including landfills, agriculture and abandoned wells and coal mines.

The EPA said it will release a supplemental proposal next year to flesh out the proposal and possibly expand it to include additional methane sources, including abandoned oil and gas wells, flares and tank truck loading.