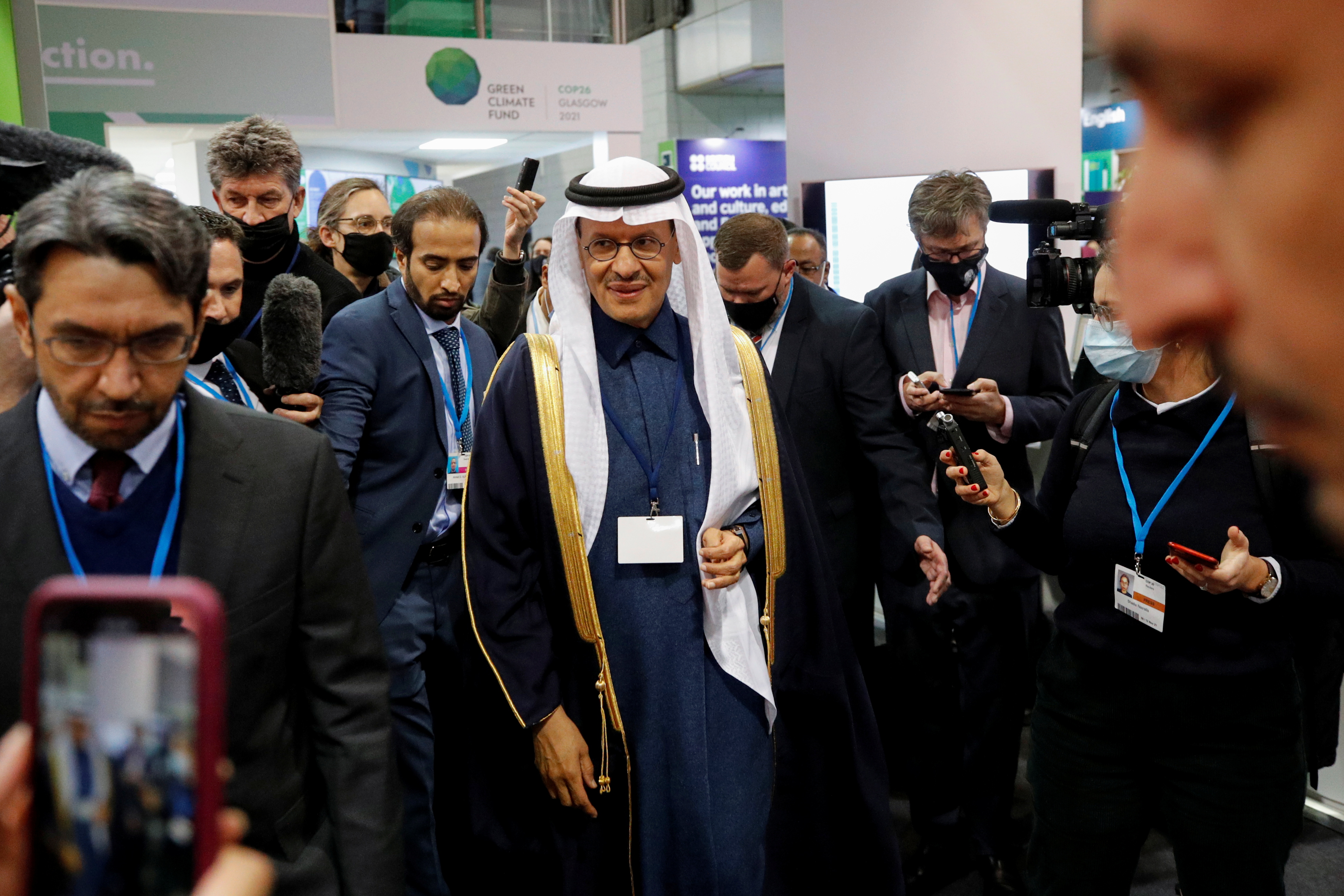 GLASGOW, Nov 10 (Reuters) – Saudi Arabia’s top energy official said on Wednesday that efforts to combat climate change should not undermine global energy security or shun any particular energy source, and denied the kingdom was hampering international talks on the issue.

The comments from the top producer nation in the Organization of the Petroleum Exporting Countries come as the UK hosts of the UN climate summit underway in Scotland push to secure ambitious pledges from world leaders to slash greenhouse gas emissions, mainly from oil, coal and gas.

“It is imperative that we recognise the diversity of climate solutions, and the importance of emissions reduction as stipulated in the Paris Agreement, without any bias towards or against any particular source of energy,” Energy Minister Prince Abdulaziz bin Salman Al-Saud said at the summit.

He added that negotiators should be “conscious of the special circumstances of the Less Developed Countries”, some of which have been resisting calls for aggressive moves away from fossil fuels because of the economic costs.

“We should work together to help these countries mitigate the impact of climate change policies, without compromising their sustainable development,” he said.

Several officials involved in the Glasgow talks told Reuters Saudi Arabia has been obstructing the progress of negotiations toward a strong deal, including by using procedural delay tactics.

“What you’ve been hearing is a false allegation, and a cheat and a lie,” Prince Abdulaziz said.

When asked by Reuters whether he agrees fossil fuels are main driver of climate change Prince Abdulaziz said: “No, I think there will be a good way forward. We should use all resources as long as we congregate around mitigating.”

Show Us the Money: India Holds Back on Climate Pledge Until Rich Nations Pay $1 Trillion

The COP26 Endgame: What to Watch If You’re Just Tuning In