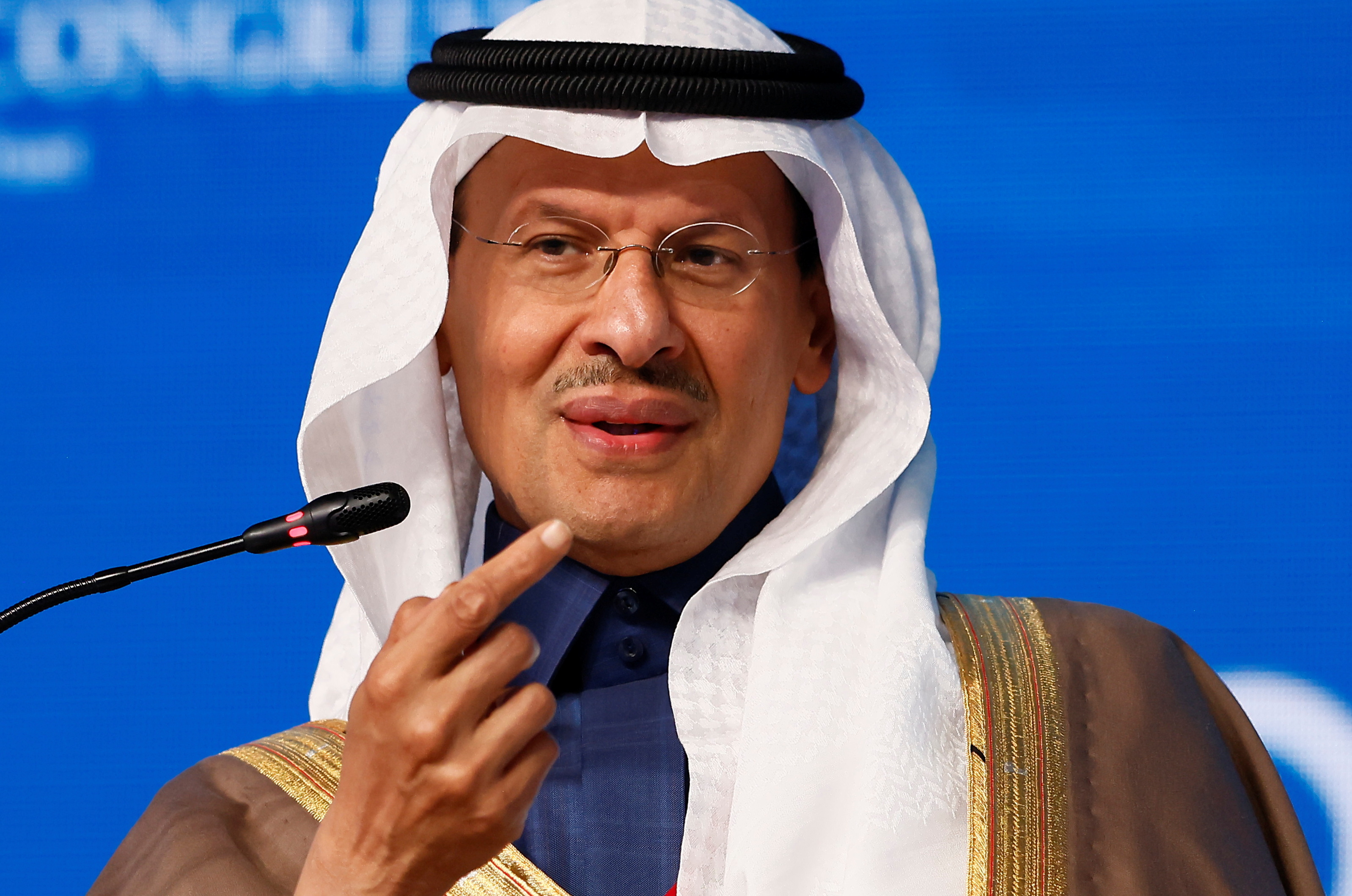 LONDON, Oct 20 (Reuters) – Saudi Arabia’s Minister of Energy Prince Abdulaziz bin Salman said users switching from gas to oil could account for demand of 500,000-600,000 barrels per day (bpd), adding that the world was now waking up to shortages in the energy sector.

Prince Abdulaziz said the potential switch depended on how severe winter weather would be and how expensive alternative energy prices would be.

He outlined a wide range of factors that have led to a recent spike in energy prices, including limited investment in hydrocarbons and infrastructure, low inventories, the lifting of pandemic lockdowns and COVID-19 vaccine uptake rates.

“People all of a sudden woke up to the reality that they are running out of everything: they are ran out of investments, they ran out of stocks and they ran out of … creativity in trying to be attending to real solution that address real issues,” Prince Abdulaziz told the CERA Week India Energy Forum.

Prices have also risen due to hurricanes which have impacted oil production and refining and “a perception that we will have a severe cold (winter) which may or may not happen,” he added.

He said there was a lack of anticipation that the world economy would grow as fast as it is doing now.

The International Energy Agency last week adjusted its world oil demand growth forecast higher for 2021 and 2022, partly due to an anticipated boost by 500,000 bpd as power generation and heavy industry sectors switch to fuel oil and gasoil from more expensive natural gas and coal.

The IEA said that the energy crunch could stoke inflation and slow the world’s recovery from the COVID-19 pandemic.

Prince Abdulaziz said the world must pay attention to energy supply security, which should not be compromised in the fight against climate change.

He said Saudi Arabia hoped to cooperate with the European Union and Britain on green hydrogen, adding that uncertain demand for the fuel was the biggest challenge for the kingdom.