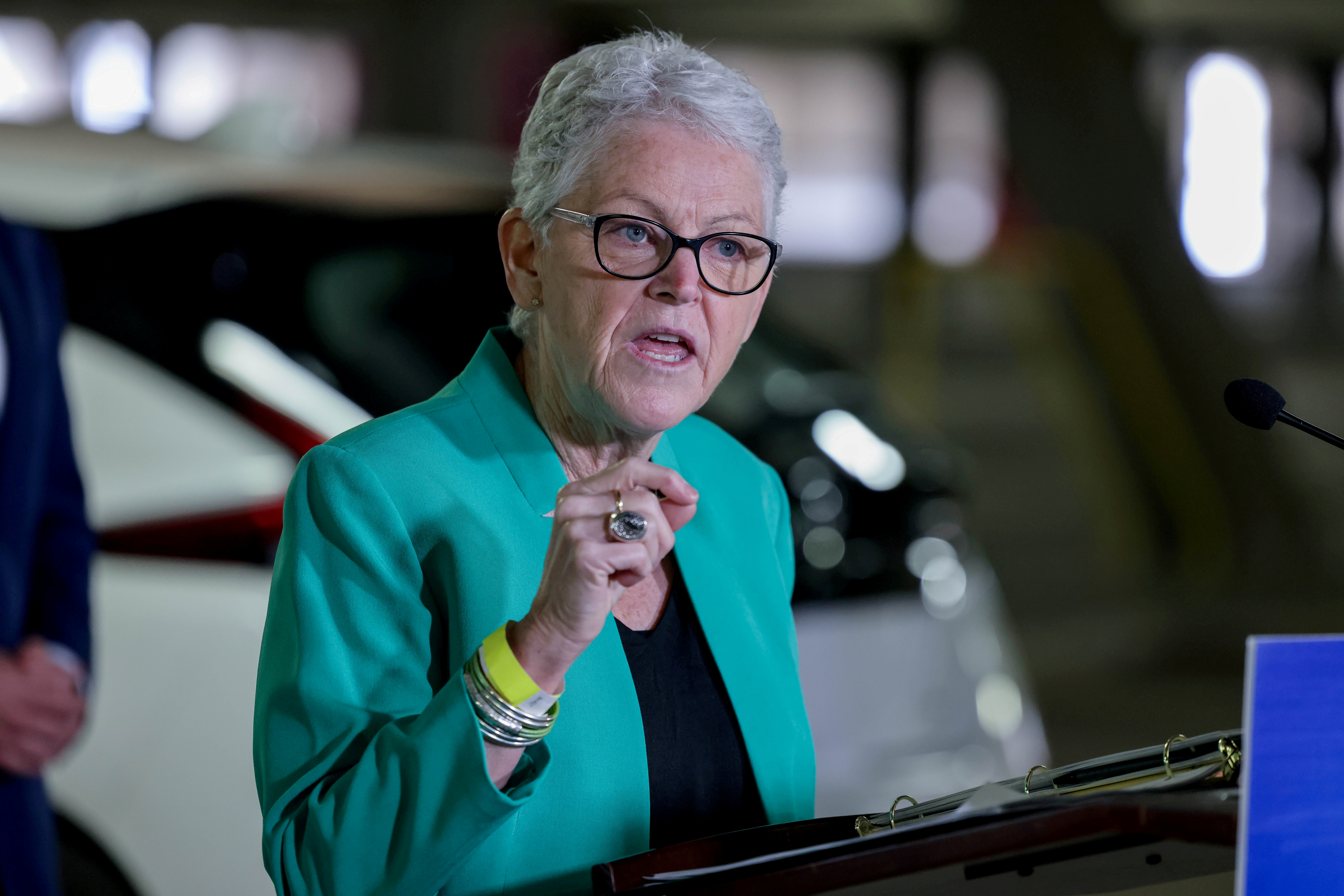 “There’s a lot of things in the mix now that people are thinking about … climate fees are one of them, whether it’s a sector based or it’s a broad based fee, none of those issues are off the table,” White House national climate adviser Gina McCarthy told a meeting of President Joe Biden’s council of advisers on science and technology.

“Congress is debating and hopefully we will see the end of that debate soon,” McCarthy said. She did not say whether the White House is pushing lawmakers to support a carbon fee policy.

Under a carbon tax, the government sets a price for each ton of greenhouse gas that polluters emit that gradually rises, incentivizing industries to move to cleaner energy sources.

Focus has turned to the mechanism as Biden and his fellow Democrats may drop a major component of the spending bill known as the Clean Electricity Performance Plan that would reward power utilities for investing in renewable power and fine those who do not.

Manchin has opposed that plan, saying utilities are already investing in renewable power, and should not get taxpayer money for doing so. read more

Manchin, from West Virginia, a big coal and natural gas producer, has elevated power in the 50-50 Senate, because his vote can block the spending bill. Democrats are trying to pass the $3.5 trillion spending bill in a process that requires only a simple majority. Manchin and another Democratic centrist Senator Kyrsten Sinema have said they want the bill’s price tag to be far lower.

Biden told reporters said he was urgently focused on winning Manchin’s support on the bills. “We’re doing that right now,” he said as he returned to the Oval Office after a ceremony honoring U.S. teachers.

Manchin’s office did not immediately respond to a request for comment.

White House spokesperson Jen Psaki said climate aspects would remain in the bills that form the core part of Biden’s domestic agenda. Psaki said the bills include incentives on electric vehicles, phase-outs of super pollutants like hydrofluorocarbons to reduce emissions, and investments in offshore wind and solar that will slash emissions.

“So, it is absolutely pivotal that these pieces of legislation have climate components — and they will — to address the climate crisis,” Psaki said.

Some lawmakers, including Democratic Senator Ron Wyden, who is chairman of the Senate finance committee, have been advocating for a carbon fee and dividend program. That program could raise revenues to help pay for the reconciliation bill but would also have to abide by Biden’s pledge not to raise taxes on families earning less than $400,000 annually. A carbon fee could also be crafted to avoid higher gasoline and fuel costs.

But carbon fees have long been unpopular among industry advocates and could face opposition from moderate Democrats in the House from states that depend on revenues from fossil fuel production. Time is running short for Congress to act before the annual climate talks that begin on Oct. 31 in Glasgow, Scotland, where Biden is hoping to show the world that the United States is again committed to tackle climate change.

McCarthy said that beyond congressional action, the executive branch can also act on climate.

“Despite what happens on the Hill there are many ways in which we can continue to work through our authorities in the federal government and using our partnerships with states and local communities,” she said.