Good for more than just filling party balloons, helium is used in industries like medical technology, cleantech, space exploration, and cooling. Its noble gas properties are ideal for creating non-reactive, non-toxic environments for industrial use.

However, despite increased demand for helium from cleantech and other emerging industries, supply has been deflating faster than day-old birthday balloons. 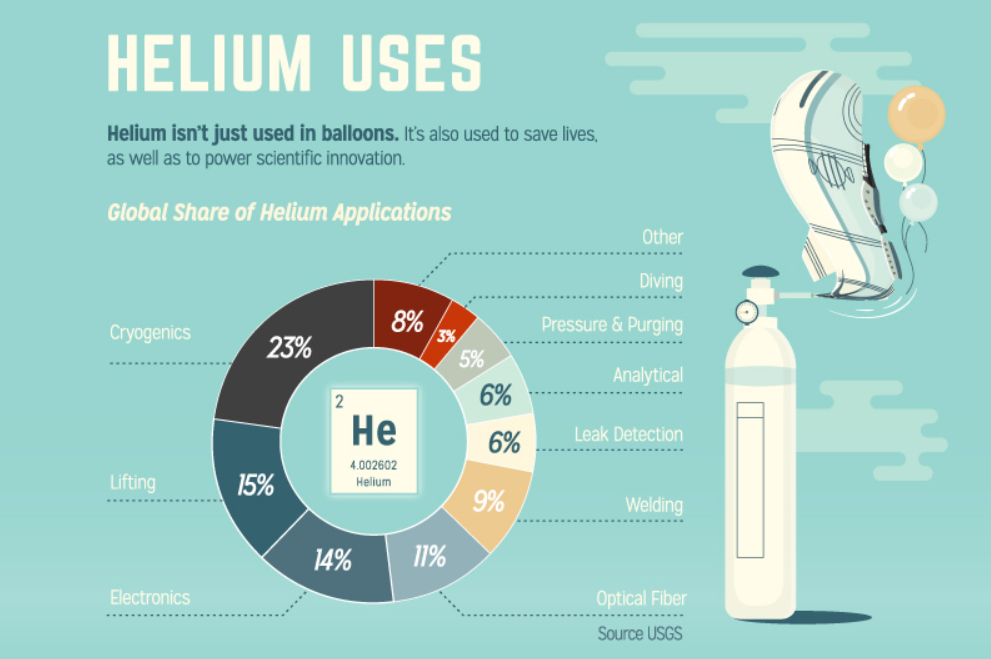 Industry background: The U.S. has been a leading supplier of helium for over a century and historically controlled the market. At the end of this month, the US Government will remove itself from the management of its helium sector, allowing private companies to meet the $18 billion market expected by 2025.

This privatization has opened the door for North American companies to get a piece of the helium market, including stepping into the production arena to meet demand.

Critical resource: Helium was recently deemed a critical mineral by the Government of Canada. As it happens, Canada is sitting on some of the largest reserves of helium globally, much of which can be extracted from natural gas.

Helium produced from natural gas has been a largely untapped resource in Canada, until now.

Recently, Canada-based Imperial Helium successfully completed its second well in southeast Alberta, with further activities planned for the near future.

International partnership: Earlier this year, Canada and the EU partnered to secure supply chains for critical minerals – including helium – which are important for clean technologies.

Zoom out: Despite supply fluctuations, the demand for helium appears to be strengthening for the foreseeable future. With clean technologies on the rise which need helium to operate, tapping into this industry could just be the lift the natural gas sector has been looking for.

U.S. crude output to decline more than expected after Ida