Aramco pipeline is net win for BlackRock and Saudi

Halliburton says the world is entering a period of oil scarcity 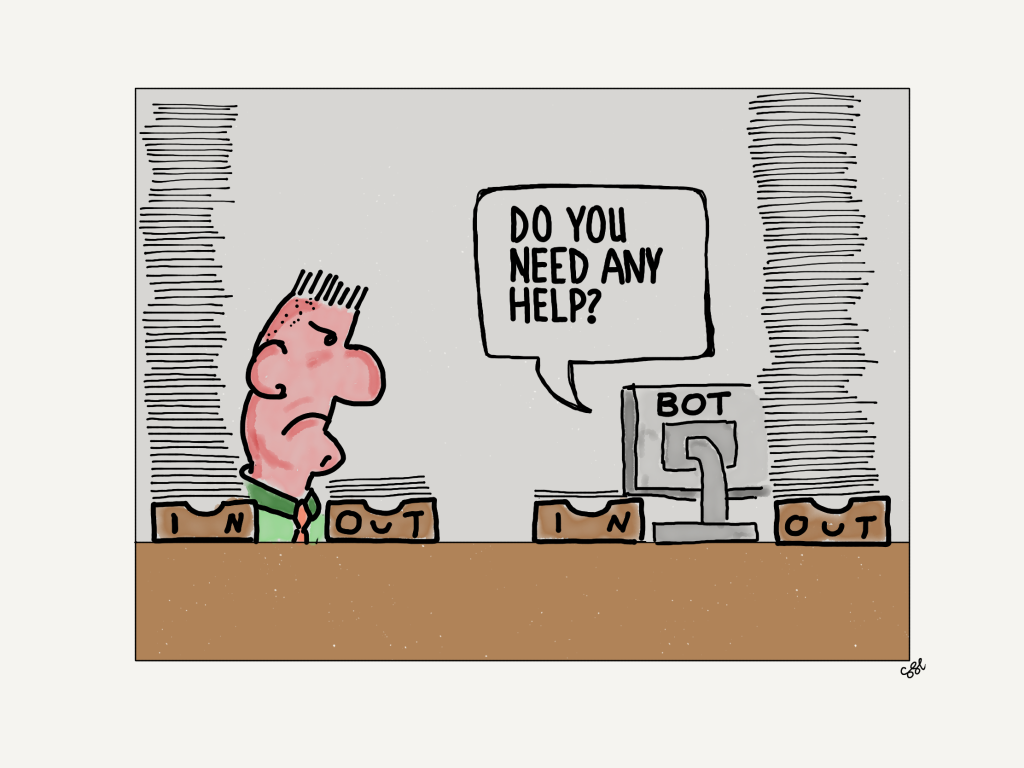 Are you wondering what a bot is and whether the bots are gunning for your job? Stop worrying, they’re already here.

A category of digital technology called robotic process automation (or RPA) has arrived with considerable impact in oil and gas. This is a mature technology—these kinds of tools evolved in the late 1990’s. But of course, there hasn’t been the cost pressure in oil and gas to confront some of its more deeply embedded office practices, spurred on by the combined impacts of carbon pressures and the pandemic.

RPA first appeared in a serious way in the world of online computer video games, as far back as 2001. There’s even a term for them—a computer controlled player. Colloquially, they’re called bots, short for robots. In the gaming world, bots record user-inputs (basically, when a gamer has to navigate across lots of menus selecting various options and switches) and play them back at much higher speeds than a human can. For example, in World of Warcraft, a popular on line game with 5 million players, bots were originally created to expedite boring tasks like collecting weapons and armour and selling them to other players. In fact, bots were so good at that job that they were banned for giving unfair advantage to the human players who built them.

Imagine a technology so efficient at reducing non-value-added work that it is banned on social media. Today, the same kinds of outrageous performance gains are reported in businesses that use bots. Productivity improvements on the order of 80-90% (versus a planned gain of 60%) are common. The London School of Economics took a look at RPA case studies and concluded that ROI ranges from 30% to 200%. It turns out that as much as three quarters of what we think of as high value work is actually quite routine and mundane, something that a bot can do quickly and easily.

A simple, but incorrect, comparison would be to think of bots in a business context as akin to the Excel macro. Bots are much more sophisticated. A bot executes by copying keystrokes, mouse-clicks and window-navigation, performing tasks, optimising itself, and repeating the task while making efficiency improvements each time. A bot can self-write code, execute that code, and finally, optimize the code over time.

In business, bots are used by hundreds of companies around the world to automate tasks that involve repetitive computer-based deskwork, including copying data from one system to another, maintaining Excel spreadsheets, handling repetitive email, and processing forms-based data. The best bots work across desktop software systems and have universal compatibility to work with just about any application out there (SAP, Oracle, Outlook, Salesforce, Workday, Citrix, Excel).

BOTS UNDER THE HOOD

Under the hood, bots are built from two digital technologies—a machine learning platform called congnitive automated process (or CAP) and a Unified Test Management Solution (or UTMS). The CAP is fed data from some source (text, video images, forms, screenshots, whatever) restructures the data and inputs into the UTMS which applies an algorithm to it. Setting up a bot is quicker than implementing other systems because configuration is much faster, by as much as 60%.

BOTS IN OIL AND GAS

A large oil and gas company would have many potential candidate work processes for bots. To make the economics work (that is, to pay for the bot software and the cost to implement) processes should have some combination of volume (lots of transactions) time pressures (deadlines) and cost (measured by number of seats involved in the process, or the cost of those seats). Processes with high error rates could be a consideration.

One way to find candidate processes is to install a keystroke listener on the network to record and then analyse for patterns. A second approach is to go through the org charts to identify job roles that appear driven by the volume of work to be done. A third way is just ask the employees to identify that part of their job that a computer should be doing. Trust me, they know. Managers should also be able to identify those parts of the business that involve many separate systems that need to be kept in sync. And if all else fails, look for filing cabinets, a reasonably reliable sign of administrative burden.

Here’s a few areas where RPA should be able to make an impact.

Financial management in some oil and gas companies consumes as much as 10% of headcount. Invoice processing in accounts payable, tax calculations, capturing field tickets, processing royalties and payments, production accounting, financial close processes, and report preparation would benefit from RPA. Some sites have reported that RPA has reduced the time it takes to process an invoice from 20 mins to 45 seconds.

Oil and gas companies are not like banks with thousands of employees, but larger producers will have enough employees to require volume-driven administrative roles in HR. Processing leave requests, handling inbound job applications, updating payroll records, and general HR reporting would be candidates. The shared services centers used by big international oil companies all rely on bots.

Depending on the company, there will be volumes of repetitive work moving data between operational systems like SCADA, Excel spreadsheets and corporate systems recording volumetric data about products, waste outputs, emissions, water handling, energy consumption, and related. As Operations adds more sensors (see Internet of Things) the additional burden from processing all the data will drive more data capture and analysis, which could benefit from RPA. Other candidate areas are exploration analytics, drilling optimisation, compliance reporting and operational reporting.

Contracting and Procurement functions are still very much in control of oil and gas spending to help keep costs from rising, but at the price of introducing more processes. RPA could help with purchase order generation and processing, spend approvals, vendor management, catalogue management, inventory record keeping and reporting.

IT and Call Centres

INSIGHTS FROM THE FRONT LINE

If you want a successful bot program, take some tips from the early adopters.

Have a clear game plan

Bot technology has lots of promise, but without a clear game plan, companies can end up creating yet more problems to solve. Functional departments and operations could all purchase bot engines independently and leave a big piecemeal mess to clean up. Sustainment dollars needs to be set aside to support the bot technology. Bots are not that responsive to changes in their environment, so it becomes someone’s job to keep the bots current. It’s not unusual that companies find themselves with hundreds of bots, which could create very inconsistent outcomes, and duplicative bots. Clearly there’s an enterprise angle to consider.

Bots are a layer of technology that sit above, but plug into, other critical company computer systems. In fact, a bot that interacts with an ERP system is best treated like another human user with its own powerful desktop computer, logon IDs, access permissions and so forth. Bots can create security risks if they’re not managed. Someone who looks after a bot (configuring it, testing it) will have access rights that are much greater than the rights of typical users. Integrating into a complex IT environment will demand the support of the IT and most likely operations technology (or OT) leadership. They should be involved early.

It would be easy for employees to conclude that bots are going to take over their jobs. In my view, there are no doubt bots will eliminate some jobs in oil and gas. Fifty joint venture accountants shrinks down to 5. But the 45 who are surplus to need could be put to work on other tasks. Early adopters frequently report that bots become more like smart personal assistants or pets that leave their human colleagues to take on more demanding, complex, creative problem solving, and not the job-destroying soulless machines of science fiction. Some humans will even become bot wranglers, taking on the care and feeding of the bots. Getting the impacted workforce involved will help ease transition.

Yes, your next co-worker is likely to be a bot. They might not be much for coffee catchups but they’ll be killer at their job.

Controlling Costs of Maintenance Activity and Materials: A CMMS Will Help Ensure Your Facility’s Survival