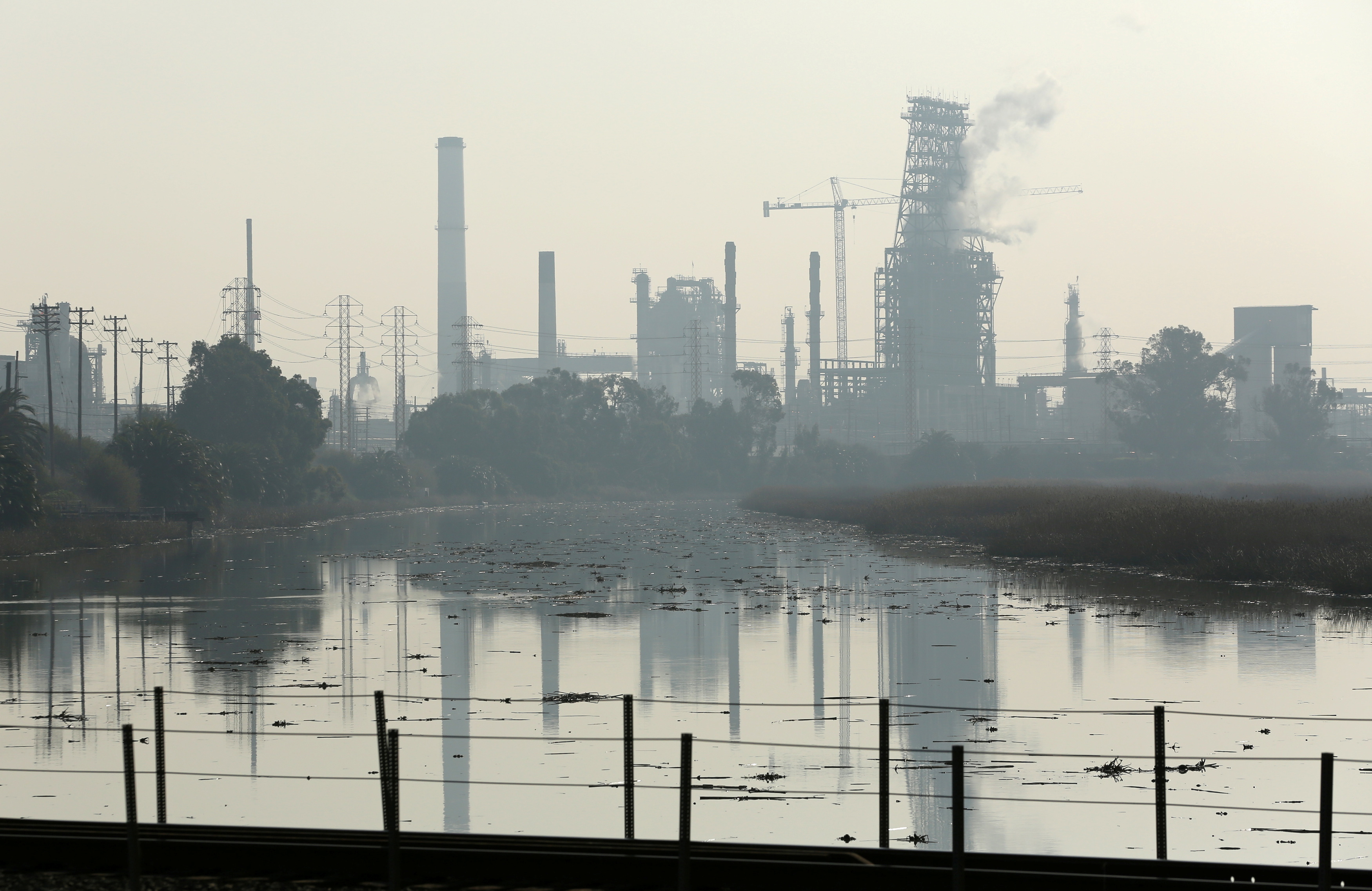 A view of the Tesoro refinery in Martinez, California, February 2, 2015. Marathon later acquired the facility and closed it in 2020. REUTERS/Robert Galbraith (UNITED STATES)/File Photo

It was the first annual decline since 2018, when capacity fell by 18,530 bpd and the largest since 2012, according to Energy Information Administration (EIA) data. That year capacity shrank 414,192 bpd following the Great Recession.

Five refineries, with a combined capacity of 801,146 bpd, permanently shut following the 1.3 million-bpd drop in gasoline consumption as businesses closed and consumers stayed home. The closings drove capacity down to a level below 2016’s 18.3 million bpd.

“The global lockdowns and associated demand destruction led to the shutdown of refineries that were probably going to shut down eventually,” Auers said.

The fire-ravaged Philadelphia Energy Systems refinery was sold last year to a developer who plans to demolish it.

In May, the 200,000-bpd Limetree Bay refinery in St. Croix, U.S. Virgin Islands, shut under orders from the U.S. Environmental Protection Agency. On Monday, owner Limetree Bay Energy said the plant would not restart. read more The EIA does not count Limetree Bay in U.S. refining capacity.