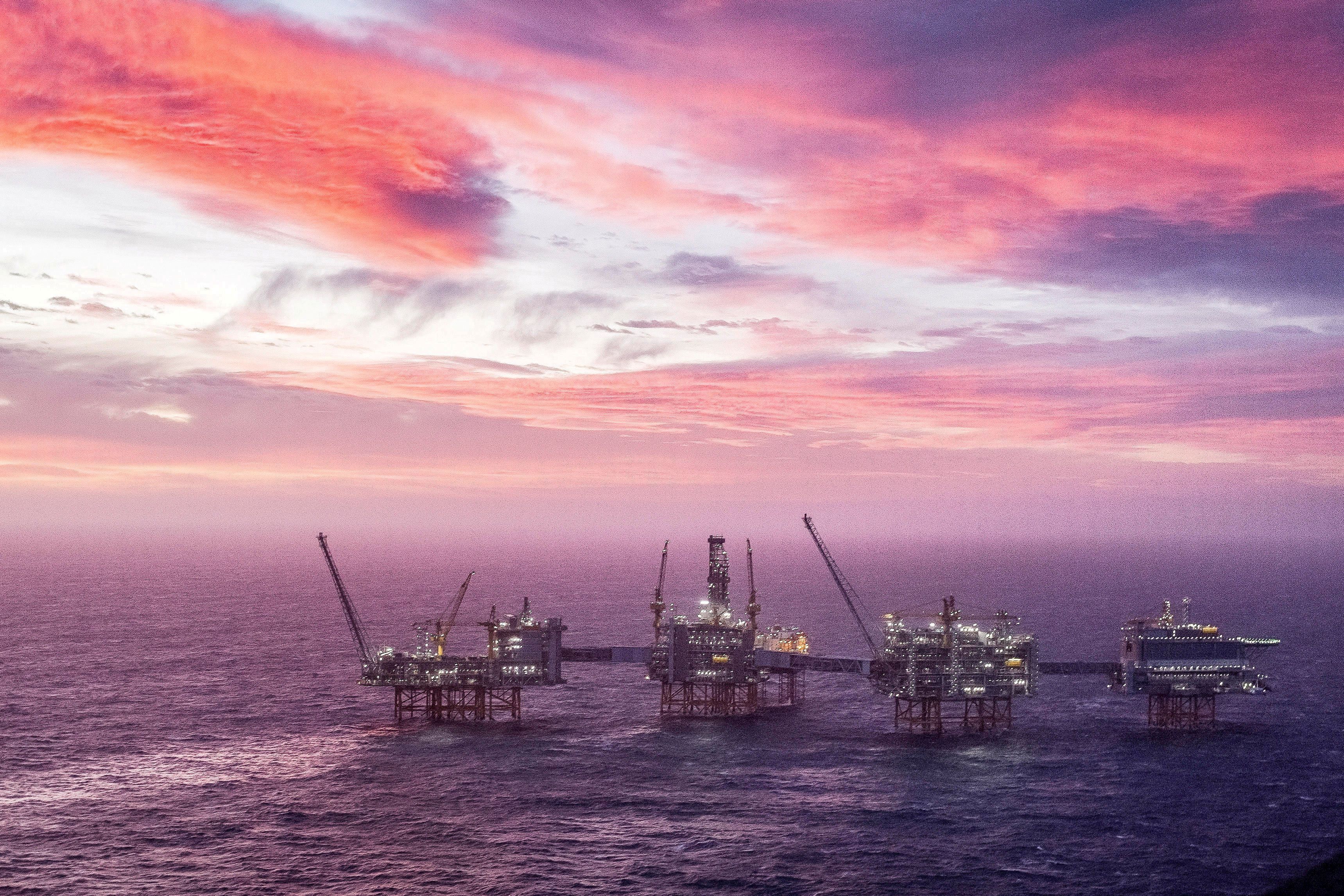 OSLO, June 23 (Reuters) – Norway’s oil and gas industry is counting on renewable power from hydro plants to cut emissions from its offshore platforms but rival demand from the green economy is putting a spanner in the works.

The decision to keep investing in new oil and gas projects flies in the face of growing global pressure to shift away from fossil fuels and Norway’s own reputation as a pro-green economy with more electric cars per capita than any other country and a reliance on renewable hydropower for virtually all of its electricity.

But Oslo is loath to relinquish Norway’s lucrative position as one of the world’s top oil and gas producers, accounting for over 40% of its exports, and instead wants to make the industry greener.

“The Norwegian parliament has set a target of 50% reduction in emissions on the Norwegian continental shelf by 2030. Power from shore is the only technology that can deliver cost-efficient cuts that can get the industry close to this target,” Deputy Oil and Energy Minister Tony C. Tiller told Reuters.

There’s a practical problem with the plan. Norway’s electricity grid is constrained at some junctures and the needs of other industries, particularly green economy players such as battery factories and hydrogen plants, have to be factored in.

Statnett’s recommendation was a rude awakening for the oil industry, which has made Norway one of the richest countries in the world. Without access to cheap, renewable energy some of its oil fields might have to be shut prematurely due to rising emissions costs, analysts say.

Environmentalists say that is what should happen, and that renewable energy should not be used to extend the life of the fossil fuel industry.

The measure would only address a fraction of total oil and gas emissions, while sucking power from shore that is essential to develop new, green industries, he added.

Norway’s oil and energy ministry told Reuters it “categorically” rejected accusations of “greenwashing”, because electrification would address a significant part of the country’s total emissions.

The industry’s greenhouse gas emissions stood at 13.3 million tonnes of CO2 equivalent in 2020, or 27% of the country’s total, according to the statistics office.

Electrification could potentially reduce the industry’s emissions to around 11.5 million tonnes in 2025, and just under 9 million tonnes by 2030, the government has said.

Norway’s largest oilfield, Johan Sverdrup, produces oil with 0.45 kg of CO2 per barrel, 40 times less than the global average, thanks to electrification, Sweden’s Lundin Energy (LUNE.ST), one of the partners, has said. read more

Tapping renewable sources of energy to make heavy-polluting industries greener is one of the more controversial aspects of the transition to a lower-carbon world.

Norway, along with many other oil-producing nations, shrugged off an appeal by the International Energy Agency this year to stop investing in new fossil fuel projects.

Oslo has pledged to reduce its national emissions by 50-55% by 2030, in line with European Union targets but not as ambitious as the UK, which is second to Norway as the largest oil and gas producer in western Europe.

Like other oil-producing countries, Norway’s targets do not take account of emissions from the oil and gas that it sells to other nations.

The government anticipates oil and gas extraction will naturally decline by 65% by 2050.

In the meantime, producing petroleum with the lowest possible carbon footprint could help the country market its products as cleaner than competitors and cut the industry’s exposure to expected sharp increases in carbon taxes in coming years.

On Norway’s west coast, Equinor and its partner Aker BP are waiting to hear whether the power regulator NVE will back their proposal to connect drilling platforms at the so-called NOAKA area, the largest oil and gas project in the North Sea after Sverdrup. A decision is not expected before the end of 2022.

“We still believe that is the best and most cost-efficient solution,” Aker BP’s Hersvik told Reuters.

If it doesn’t go their way, and the companies need to choose another connection further inland, they might still be able to start the production by 2026, but the costs will rise, he added.

NVE is a government agency subject to the ministry of oil and energy. Its licensing decisions can be appealed with the ministry having the final say.

Statnett says to connect NOAKA at the preferred grid point would take 8-10 years because a new transmission line would have to be built.

Renewable power demand in Norway is set to increase from an average 135 terrawatt-hours (TWh) during the last five years to between 170 and 190 TWh by 2030, a recent report by Norwegian industry lobby group NHO and the country’s biggest labour union LO showed. The country had a surplus of around 20.5 TWh in 2020.

The government is currently looking for ways to speed up much-needed grid fortifications, but for the time being, the conundrum of conflicting interests remains a headache.

“The electrification of the shelf provides major cuts in greenhouse gas emissions, but it is important that it does not come at the expense of restructuring and business development on land,” BKK, Statnett’s regional partner on the west coast, said in a statement.