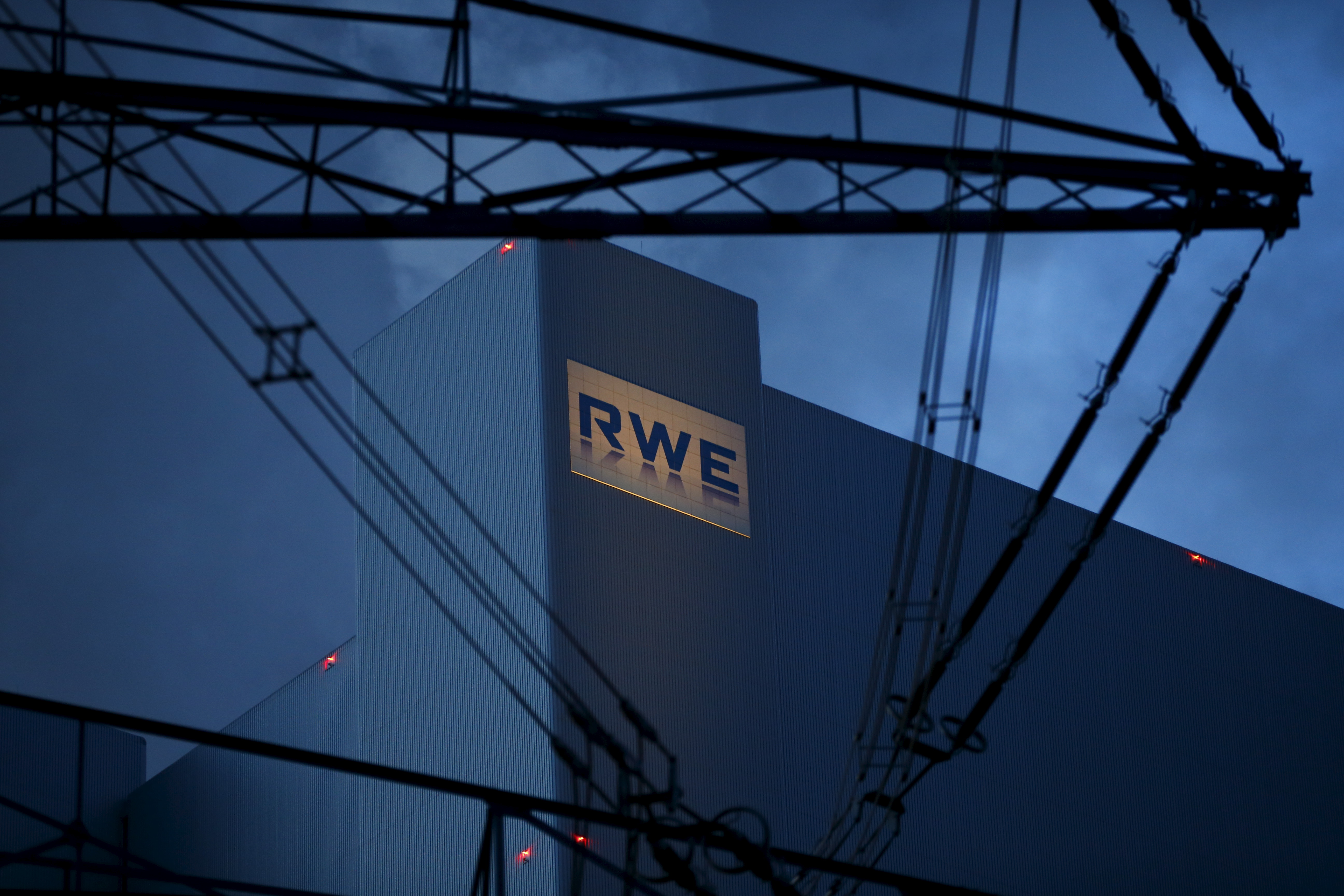 The logo of RWE, one of Europe’s biggest electricity and gas companies is seen at block F/G of RWE’s new coal power plant in Neurath, north-west of Cologne, Germany in this picture taken March 3, 2016. REUTERS/Wolfgang Rattay

BASF will own 49% of the wind park, RWE CEO Markus Krebber said, adding that while 80% of the farm’s output would go to Ludwigshafen, the remaining fifth will be used to power a 300 megawatt electrolyser to produce so-called green hydrogen.

“Without the availability of sufficient volumes of electricity from renewable sources at competitive prices, our future transformation will not be possible,” BASF Chief Executive Martin Brudermueller said.

The project’s fate hinges on a number of regulatory factors, including faster tenders for potential sites in the North Sea as well as renewable energy being made exempt from hefty green power levies in Germany.

Electricity demand at Ludwigshafen is expected to triple by 2035, Brudermueller told a news conference held jointly with RWE, adding that the wind park would satisfy about a quarter of the power needs of his company’s chemicals production hub.