LONDON (Reuters) – Trading in oil futures is now as heavy as it was in the first months of the COVID-19 crisis, according to market data and analysts, with oil bulls and bears rushing to hedge against jolts in the steady rise of prices.

Oil futures have already recovered to pre-pandemic levels, with Brent crude futures spiking $55 in less than a year to $70 a barrel this week while actual fuel demand remains weak.

But speculation over when and if people will begin to travel and commute as they once did is driving dueling bets in the market and historic volumes of trade.

“What makes the current situation so pronounced is … the duration of uncertainty around how the resolution will pan out,” said Marc Rowell, senior energy broker at Britannia Global Markets.

Total monthly contracts for U.S. WTI crude held by producers and merchants increased to more than 1 million in February for the first time since May, according to the U.S. Commodity Futures Trading Commission. 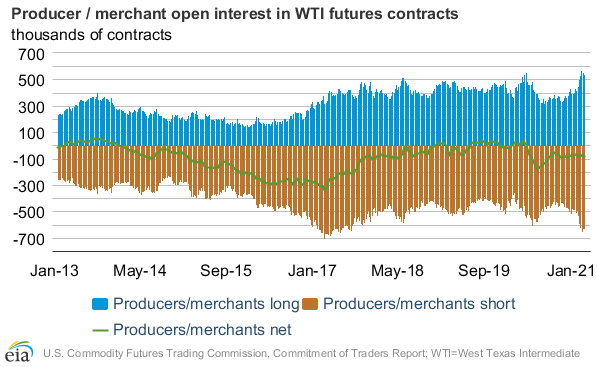 Open interest refers to a trader’s position in the market, long or short, and reflects their sentiment over future value.

Oil market participants engage in futures trading to mitigate risks by price changes to their business – producers generally use short positions to protect themselves from price plunges while consumers use longs to hedge against increases.

The recent surge in oil prices encouraged both producers and consumers to wade into the market with their competing bets, the U.S. Energy Information Administration (EIA) said.

“The current prices provide an incentive for crude oil producers to secure a contract rate based on present highs,” the EIA wrote this week.

“The potential for continued crude oil price increases is an incentive for physical market buyers to secure a contract rate at present levels in case prices continue to rise.”

Underscoring the instability is a disconnect between the four-month surge in the futures price and slow physical crude sales – with global demand expected to match supply only later in 2021.

“A key contributor to the ongoing volatility is speculative non-physical trading in the futures market,” Rowell added.

“Until there is a change in momentum and price stability in line with the physical market, volatility is here to stay.”

A solid return for global demand may be the only exit from the market’s bumpiest-ever periods. Price volatility from the close of one trading day to the next last March hit highs last seen in the Gulf War, and the current highs are the highest since November.

“This time, what is different is the dramatic decrease in consumer and commercial demand”, said Gianna Bern, finance professor at the University of Notre Dame in Indiana.

“Price volatility remains so long as the impact of the pandemic is being felt.” 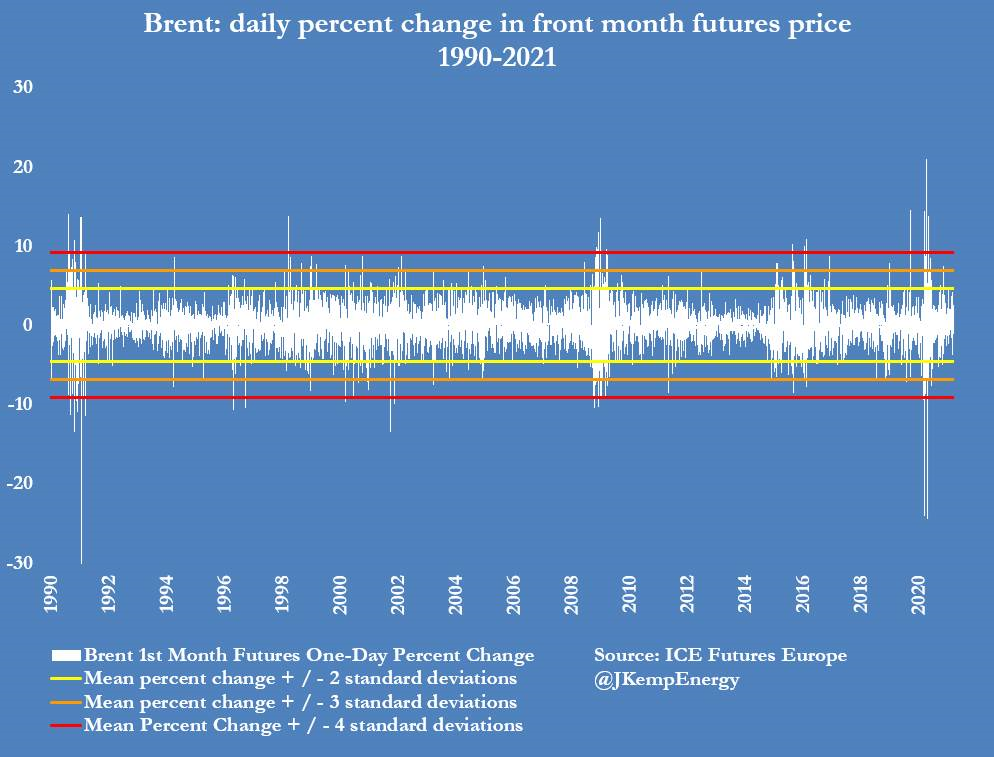