LONDON (Reuters) – The transition towards green energy imperils oil-producing states that have lagged in diversifying their economies, United Kingdom-based risk consultancy Verisk Maplecroft warned in a report on Thursday.

“Algeria, Iraq and Nigeria will be among the first casualties of a slow-motion wave of political instability that will engulf an array of oil producing countries over the next 3-20 years as the energy transition takes hold,” it said.

Other states facing the greatest risk include Angola, Gabon and Kazakhstan, it added.

“With the move away from fossil fuels accelerating, and COVID-19 levelling out any gains oil made over recent years … time is running out for a number of countries that have failed to diversify their economies away from exporting fossil fuels.” 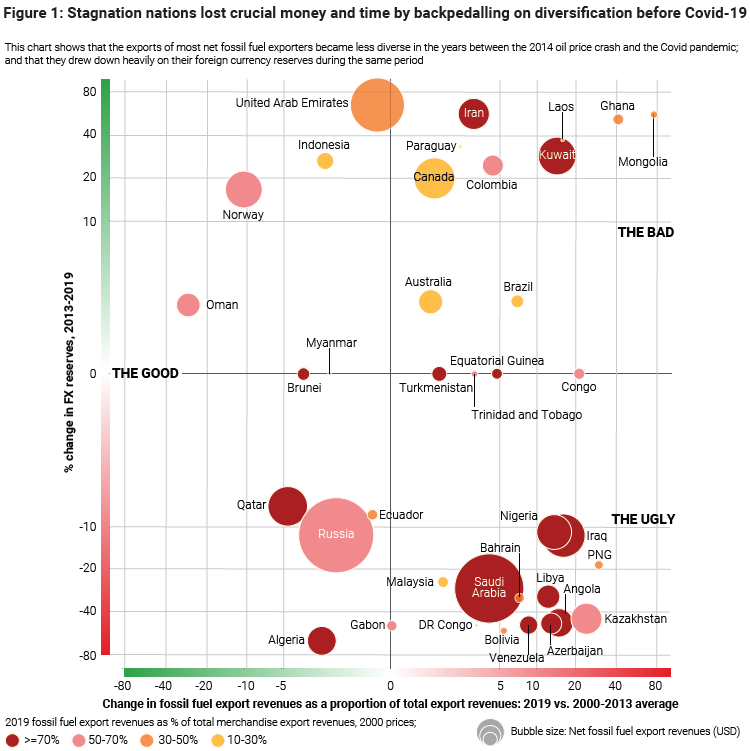 The outlook for the oil price by mid-century is deeply uncertain, Verisk Maplecroft said, and could lie within a broad range of anywhere between around $48 to $95 a barrel. Brent crude is currently trading around $63 a barrel.

The U.S. Energy Information Administration offers an even wider spread, predicting in its annual energy outlook last month a 2050 oil price of anywhere between $48 and $173 a barrel.

Though low-cost Gulf Arab oil producers are best placed to capture market share, they will not be immune from future shocks: a prolonged downturn in prices could eat into foreign exchange reserves and domestic spending, undermining stability, the report said. 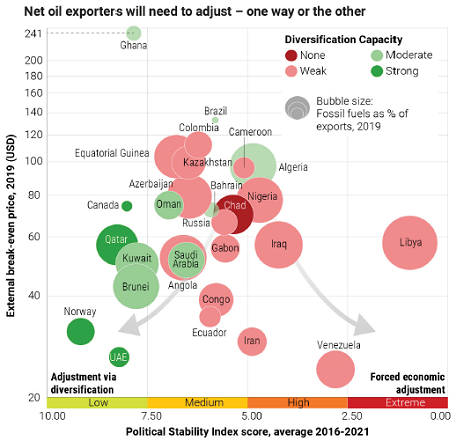 “Even diversification could come with its own political risks by challenging traditional petro-state social contracts: legitimacy to rule in return for hydrocarbon largesse,” said James Lockhart Smith, Verisk Maplecroft’s head of market risk.

Most oil-producing countries have failed to diversify away from oil and some have even become more dependent since an oil price crash in 2014, the report added, with Norway and Qatar among the modest success stories.

The Oil Industry’s Biggest Spending Driller Is Now in China