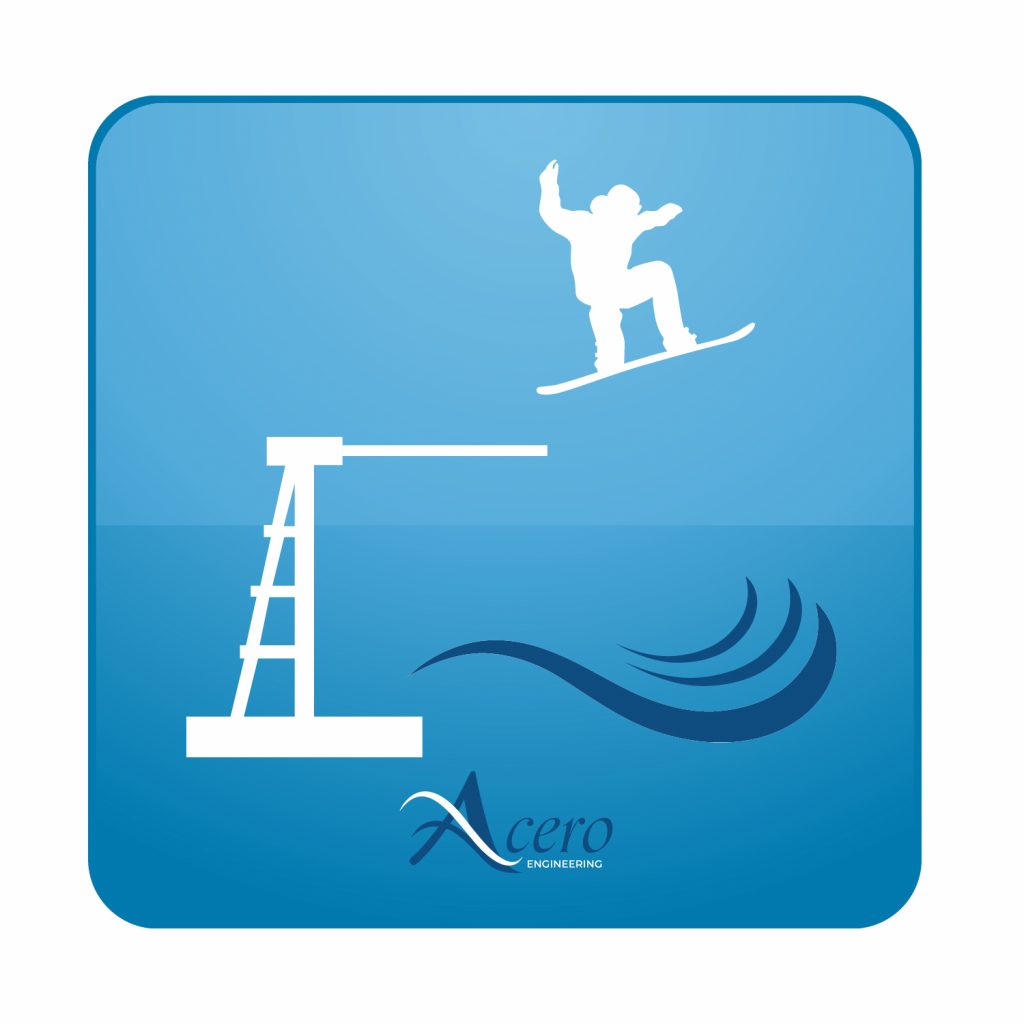 Having dusted off the ol snowboard and headed to the hills like the rest of human-kind over the holidays, this author is looking forward to getting back to work; real work.  Just one caught edge on the Banff Ave Ski-out and it all came crashing back: ‘yes, this is why I’d rather spring-board for success at work than snow board for pain in the mountains’.  Ouch!

Anyone involved in the Western Canadian Oil Patch will know that getting back to work isn’t going to be as easy for us as it is for others around the globe because for various reasons, the energy climate in Canada has become toxic.  Not only is the energy sector continuing to face commodity price headwinds, in Canada, we have lost battle after battle in the realm of ‘social acceptance’ – I didn’t even know that this was a law (it isn’t) – and we face regular public and special-interest backlash…. even outright hostility from various branches of government within our own country. Whether lightly veiled “carbon” tax grabs from the Feds, blockades from Quebec or BC provincial governments, shipping and pipeline bans from JT and the gang in Ottawa… Western Canadian energy stakeholders are under siege.

It’s hard to understand the hypocritical stance taken by so many jurisdictions and indeed, sectors of the populace – while gladly embracing the standard of living and way of life afforded by Canada’s exceptional natural resources: coal, oil and gas – and at the same time denouncing Canada’s fossil fuels as unnecessary or ‘dirty’!? Nonetheless, this is the hand this has been dealt us.

Perusing the news on any given day, one would think that we’re all going to simply ‘say no’ to conventional energy and embrace the simplistic naiveté offered by wind, solar, and now, hydrogen… while we all very cleanly, conscience-freely, walk into the sunset… perhaps with an earth-friendly latte in a biodegradable cup (and cap) with light piano music (like the beginning of Lunatic Fringe, before it gets crazy)…

While wind, solar and hydrogen do have a role to play, whether Canadians like to hear this or not, that role is a small one – at least for the foreseeable future.

Most of the world understands this and one need only look at the planning going on at world energy hubs to see what the future holds.

Let’s suffice it to say that energy survival in what should be one of the best energy regimes on the planet, is all but easy.

Through the despair that has gripped our industry comes a ray of hope for those willing or still able to reach for it. Acero, like many other energy companies in Western Canada, has been forced increasingly over the past decade, to find ways to survive and while this venue does not have the room to delve into all of our learnings, we will share with you our view on how to react to this latest ray of hope that is being emitted from the aforementioned REALITY CHECK.

Starting with the reality: our world needs energy and the best form of energy remains fossil fuels. There is nothing that the opponents of fossil fuels can do to prevent the light of this reality from shining through.

Immediately prior to the Covid lockdowns, the globe was consuming approximately 100 million barrels of oil per day (bpd). This dropped to as low as approximately 75 million bpd during the darkest Covid days, but has recently edged back into the 90’s.  It is expected that by 2050, we will be consuming approximately 120 million bpd give or take – source.  Some sources will predict more, some will predict slightly less, but suffice it to say, these traditional energy sources will be with us for quite a while yet.

Most energy rich nations recognize this reality and to them, this isn’t a problem, but rather, an opportunity – an opportunity to continue to improve the standard of living for the people within their jurisdiction.  One example: the United Arab Emirates produces around 2.5 million barrels of oil daily. The government of the UAE just recently unveiled its plan to double this production by 2030. Just for comparison, Canada in the meantime has targeted $170/tonne carbon penalties by 2030 (from $30/tonne today) plus on top of that, a so-called clean fuel tax (another carbon tax); roughly equivalent to around $340/tonne all-in by 2030 (“CERI sees the CFS meaning a carbon price of $163-170 a tonne” – per the Canadian Energy Resource Institute).

Leave? For those that can, this is certainly a viable option and many from the energy industry are doing just that. For others, whose cultural roots, families, philosophies and business ties, etc. compel them to stay, there is really no option but to find a way to try and make it work.

Finally, at last…….. “spring-boarding” explained.  For some of the local “boarders”, this means grabbing the snow board (in spring) and heading to the hills.  For others it means using a set of skills developed in one context and repurposing them for use in another context. How does this help you?

First, a word from our sponsor: Acero Engineering Inc. has been active in providing cost-effective, world class pipeline and facility engineering services to its clients for the past fifteen (15) years, from Canada to India, to Kurdistan to Colombia. The company provides all engineering disciplines in-house and we are ready, willing and able to develop your fossil fuels today!!!

So, how does Spring-boarding help you?  Firstly, here are some of the “spring-boarding” techniques that Acero has employed to stay in the game:

Rather than try to guess where the next barrage will come from, Acero, very early on, decided to spread risk by remaining open to all opportunities in the energy sector, regardless of where they originate. While seemingly somewhat “willy nilly” – and in fact for fun, I had called this the “willy nilly” approach for a while (until I was reminded that the term lacked a certain professional panache) – the willy is not nearly as nilly as the name may suggest.  Using a (typically five minute) screening process, Acero will look at any and all opportunities and break them down into opportunity pros and cons.  Within the criteria is the seemingly innocuous question: “Does this line up well with Acero’s in-house capabilities”?  – in Acero’s case, the core capabilities are EPCM for facilities and pipelines – typically in Western Canada.

For you as an individual or stakeholder of a company, if you haven’t already, you should take a moment and identify your core competencies in a root-cause frame of mind.  What is meant by “root-cause” frame of mind? For Acero, where we early on had completed over a thousand wellsite tie-ins (today in the vicinity of 3,000), one might erroneously suggest that ‘we are a wellsite facilities company’ and our competency is wellsite tie-ins… but wait.  Let’s break down what DNA we already had in order to execute those projects: Project managers and engineers, process, electrical, civil / structural, mechanical, planners/schedulers, procurement, regulatory, designers, etc. and within the wellsite projects that we completed, what precise services (and areas of knowledge) did we provide? We provided on-site power and UPS, performed stress analysis, wrote specs and operating procedures, had to rejig old compressors to handle new production and and and… so from a “root-cause” frame of mind our competencies were extensive and once quantified by us and then communicated to clients, we could quite naturally branch into compression projects, gas plants, batteries, gathering systems then large bore pipelines, etc. in a very natural manner, but always spring-boarding from our core competencies… and while doing this, continuing to grow core competencies.

Along these same lines, we extrapolated even further… most of Acero’s senior management for example, has worked overseas for many years…. So what!  Well, this means that they understand different contract styles (like typical “lumpsum” contracts, as is the norm in most EPCM work in the Middle East) and they understand the different methods of progess-tracking and and and… so then why limit ourselves to working only in Western Canada… and with that, we expanded our universe of opportunity significantly.

You might be telling yourself at this point: ‘well that’s great for those guys but I haven’t worked overseas or I haven’t done this or that’… everyone will have their own list of core competencies. Take 15 minutes (or an hour) and write yours down so that you can practically begin to consider areas to spring-board to.

Caution: Don’t be so naively reckless as to say something like too many politicians say: we just need to retool for other opportunities, like tech or AI or…. The reality is that most people focus their careers on an area of expertise and run with that for the approximate forty years of a typical career. The further down that path you travel, the harder it will be to change course (especially as drastic as “energy” to “IT” or similar).  Not saying it can’t be done, but it isn’t practical for the average person.  I personally recommend to people in Oil and Gas, ‘if you’ve gone to school for a tech diploma or a degree and then on top of that, you’ve spent five years in this industry, unless you have no alternative or hate the work, don’t leave the sector.” The cost to start over again will likely never be recouped. Within the energy sector however, there are numerous opportunities for any given set of competencies… and again, unless you’re bound to a certain locale, don’t rule out simply leaving the jurisdiction.  It pains this author to write this because the brain drain hurts us all, but again, this is the soup we’ve been dumped into.

The Ray of Hope – Part II

In case you missed it – as I have a tendency to drift – Part I was the quantification of your core competencies achieved by performing a root-cause type of inventory, and then spring-boarding into expanded opportunities offered by this discovery into ‘self’.

Part II is what you get after you’ve put a few years of blood, sweat and tears into Part I.  For Acero, the company has taken a tortuous path of development from wellsites in Western Canada to mid-sized facility work, to larger projects in Africa, then India and Northern Iraq, then back to Africa; lastly South America; then lo and behold, using the expanded knowledge to unlock larger scope projects in Western Canada.

“We shall not cease from exploration
And the end of all our exploring
Will be to arrive where we started
And know the place for the first time…” – T.S. Eliot

I think T.S. Eliot must have worked in Oil and Gas, cause he gets it!

The more that we’ve pushed this comfort zone, the more we’ve learned.  It hasn’t been painless, but it has been, for the most part, fruitful.

Hope this offers you another tool to your strategy chest in these tough times. 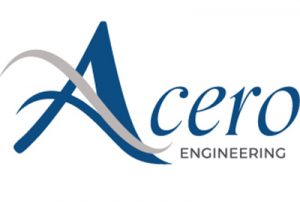