The survey of 50 participants forecast Brent crude would average $54.47 per barrel this year, a jump from last month’s $50.67 forecast. Brent has averaged around $54 so far in January. 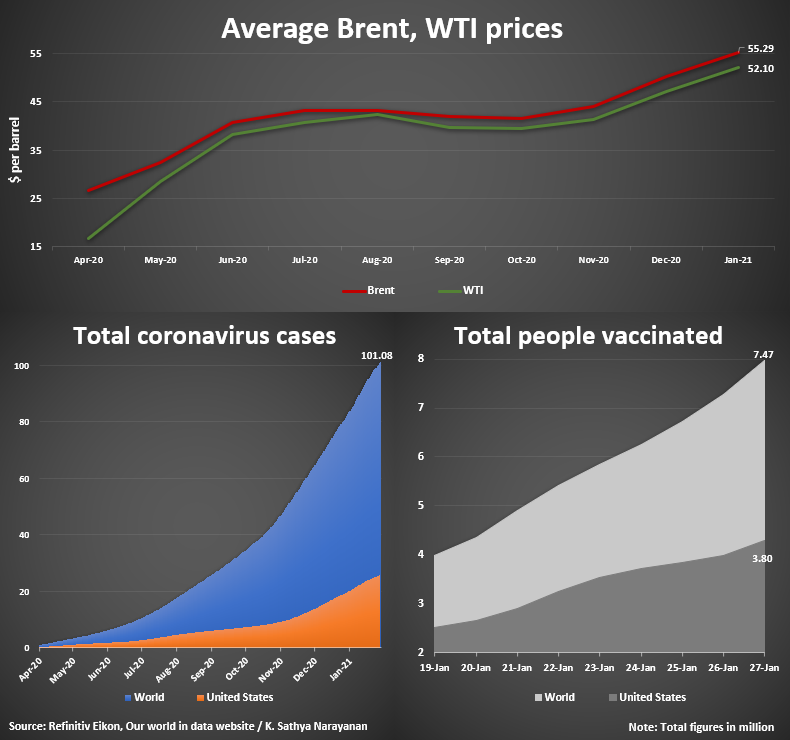 Of the 32 respondents who participated in both the January and December polls, 28 raised their forecasts, painting a slightly more optimistic picture.

An uptick in economic and travel activity fueled by COVID-19 vaccines could accelerate in the second half, analysts said, but the recovery will take time.

“It’s time to take a breather now, as demand will stay low in the near future because of the ongoing lockdowns,” LBBW analyst Frank Schallenberger said.

In response to the demand threat, Saudi Arabia has pledged additional output cuts of one million barrels per day in February and March, while most OPEC+ producers will hold production steady during new lockdowns.

“We expect OPEC+ to gradually lift production in April-May in line with rising demand, but to keep the overall quota system in place until early 2022,” Economist Intelligence Unit analyst Cailin Birch said, adding demand should recover to 2019 levels in 2023.

“In the near term, we expect U.S. shale producers to maintain a prudent approach and only more strongly react to higher prices once the vaccine uptake supports higher and sustained demand,” said UBS analyst Giovanni Staunovo. [RIG/U]

Supply could rise further if the new Joe Biden-led administration in Washington decides to lift or ease sanctions on Iran, analysts added. 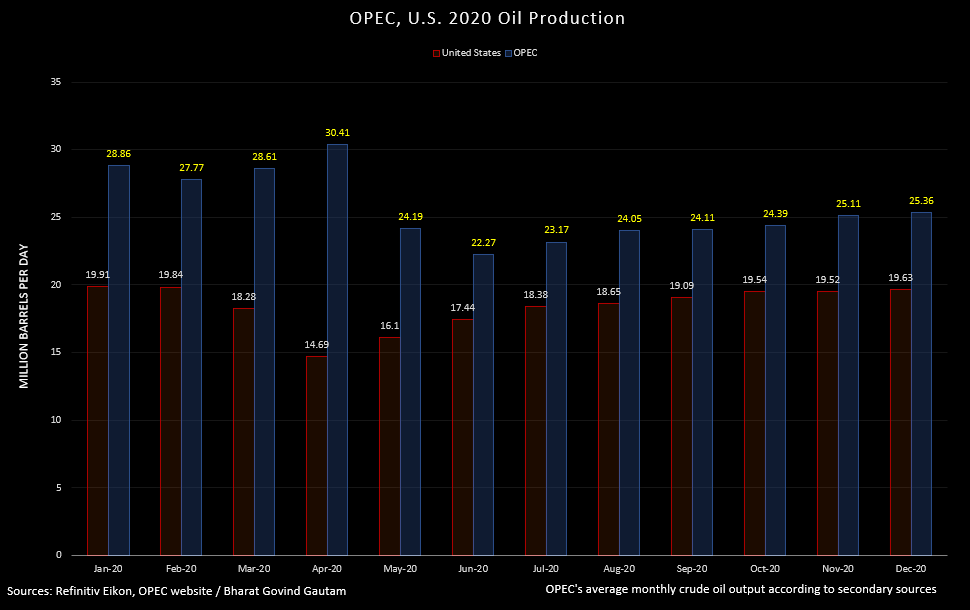 The Problem: Biden’s Buy-America Dream Relies on Buying EVs That No One Makes