(Reuters) – Investors are rushing to invest in alternative energy funds this year on hopes of more green reforms, with President-elect Joe Biden set to take office next week.

According to Lipper data, alternative energy funds that primarily invest in solar, wind, and water firms around the world saw an inflow of $4 billion in the week ended January 13. 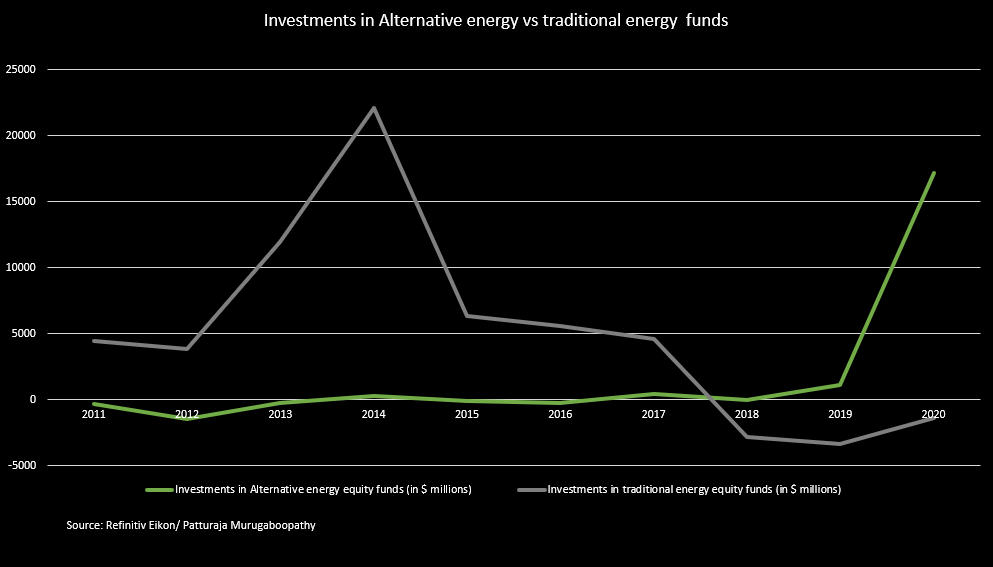 On the other hand, traditional energy funds which invest in companies that deal with fossil fuels, have seen an outflow of $113 million in the last week, their sixth consecutive outflow.

For a graphic on Top performing alternative energy funds: 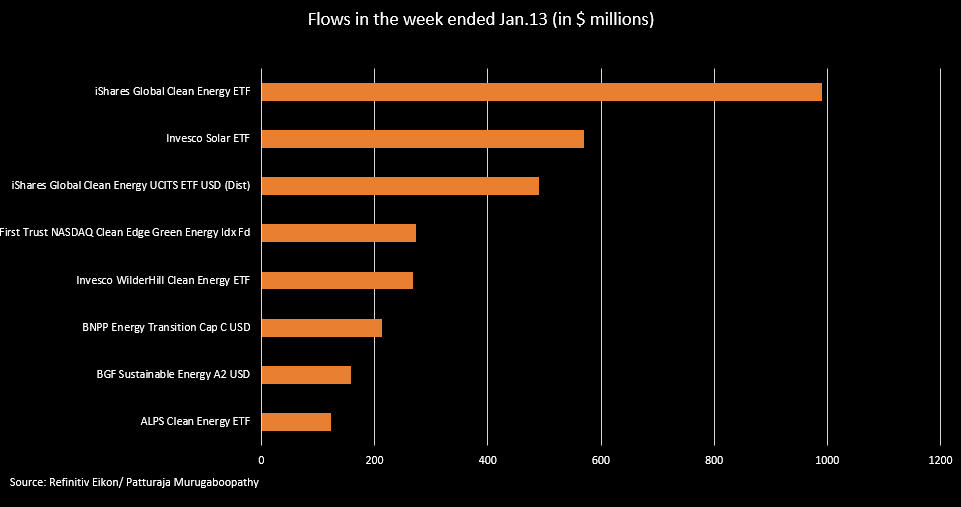 Biden has pledged to tie the U.S. economic recovery to tackling climate change in a significant policy shift from Trump’s easing of regulations on fossil fuel. He has also vowed to rejoin the international Paris climate accord that Trump exited.

The alternative energy sector has also become more popular among investors in recent years due to increasing awareness about climate change and a fall in solar production costs due to technological advances.

“The transition to a green economy will offer tremendous opportunities for investors as investment builds and adoption rates surprise on the upside,” Schroders said in a report this month.

Refinitiv’s Global Renewable Energy equipment & Services index has gained 17.7% this year, after a gain of over 200% in 2020.

Oil Near $52 With Virus Still Surging and Dollar Strengthening