LONDON (Reuters) – The roll-out of vaccines this month to combat the coronavirus pandemic will not quickly reverse the destruction wrought on global oil demand, International Energy Agency (IEA) warned on Tuesday.

“The understandable euphoria around the start of vaccination programmes partly explains higher prices but it will be several months before we reach a critical mass of vaccinated, economically active people and thus see an impact on oil demand,” the IEA said in its monthly report.

“In the meantime, the end of year holiday season will soon be upon us with the risk of another surge in COVID-19 cases and the possibility of yet more confinement measures.” (Graphic: Demand/supply balance, ) 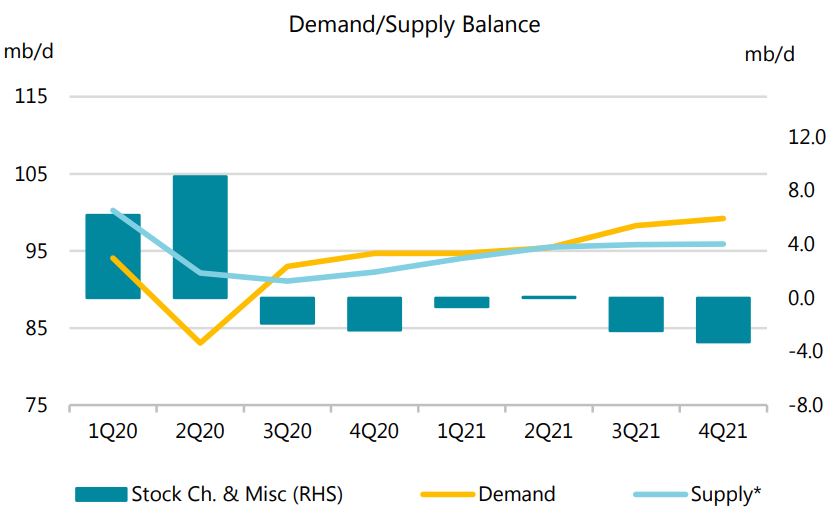 The Paris-based watchdog revised down its estimates for oil demand this year by 50,000 barrels per day (bpd) and for next year by 170,000 bpd, citing scarce jet fuel use as fewer people travel by air. (Graphic: World jet/kerosene demand, ) 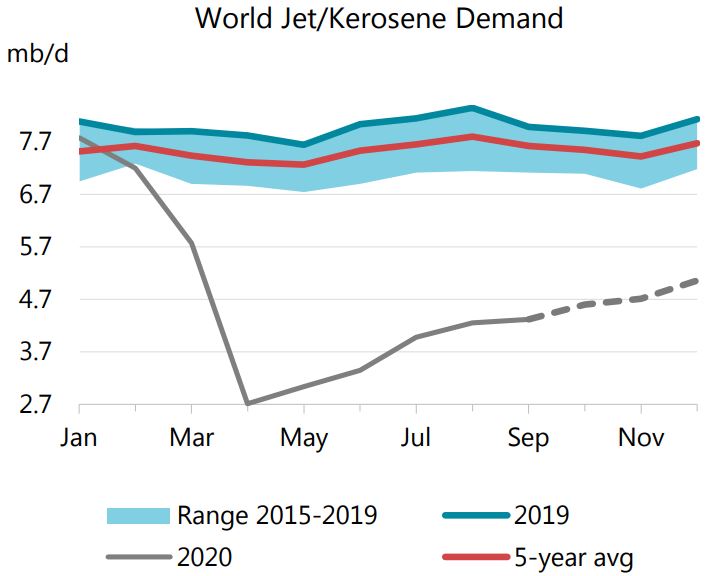 Europe accounts for much of the backslide, with demand set to be lower in the fourth quarter compared with the third due to renewed lockdown measures.

The IEA praised “effective” supply management efforts by major producers in the Organization of the Petroleum Exporting Countries and allies including Russia, a grouping known as OPEC+, for a deal this month to largely keep supply reined in.

Along with relatively robust Asian demand, the deal helped push oil prices back above $50 a barrel, according to the IEA.

“Demand is clearly going to be lower for longer than expected when the supply agreement was concluded in April and there is rising production from Libya to accommodate,” the agency said.

“The market remains fragile and is in need of careful adjustment”.

Global oil stocks, which have mounted as consumption faltered during the pandemic, will finally reach a deficit compared to pre-crisis levels at the end of 2019 by July, the IEA added. 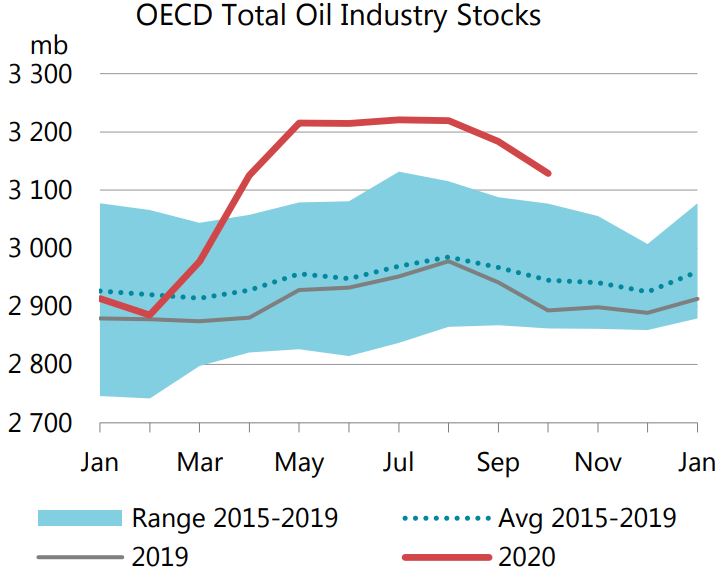