DUBAI/LONDON/MOSCOW (Reuters) – OPEC and allies led by Russia postponed talks on oil output policy for 2021 to Thursday, three sources said on Monday as key players still disagreed on how much oil they should pump amid weak demand due to the coronavirus pandemic.

OPEC+, which includes the Organization of the Petroleum Exporting Countries, Russia and other allies, had been scheduled to hold its meeting on Tuesday at 1300 GMT.

The group had been due to ease existing production cuts by 2 million barrels per day (bpd) from January. But with demand still under pressure amid the coronavirus pandemic, OPEC+ has been considering extending existing cuts of 7.7 million bpd, about 8% of global demand, into the first months of 2021, a position backed by Saudi Arabia, sources said.

After consultations on Sunday failed to reach agreement, sources said Russia suggested a possibility for OPEC+ to start increasing output by 0.5 million bpd each month from January.

Further complicating the picture, OPEC member the United Arab Emirates was also signalling it would be willing to support a rollover only if members improved compliance with cuts.

Saudi Energy Minister Prince Abdulaziz bin Salman told the OPEC meeting on Monday he would step down as a co-chair of a ministerial monitoring committee, three OPEC sources said. It was not clear why he was planning to do it.

Kremlin spokesman Dmitry Peskov said differences between Russia and OPEC were not as severe as in early 2020, when disagreements led to a collapse in talks and a surge in output.

But Peskov said Russian President Vladimir Putin had no plans to call Saudi Arabia’s leadership before the OPEC+ meeting, a move that in the past has helped smooth over any dispute.

OPEC+ has to strike a delicate balance of pushing up prices enough to help their budgets but not so much that rival U.S. output surges. U.S. shale production tends to climb as prices rise above $50 a barrel. Adding to the challenge within OPEC+, Moscow’s finances can tolerate lower oil prices than Riyadh’s.

Global benchmark Brent crude , which settled down 1.2% at $47.59 a barrel on Monday, could fall as much as 10% if OPEC failed to roll over cuts, Deutsche Bank said in a note.

Oil had a bull run last week, triggered by hopes for a COVID-19 virus vaccine and expectations of a rollover in OPEC+ cuts. Graphic: OPEC+ Scenarios and Impact on Oil Inventories 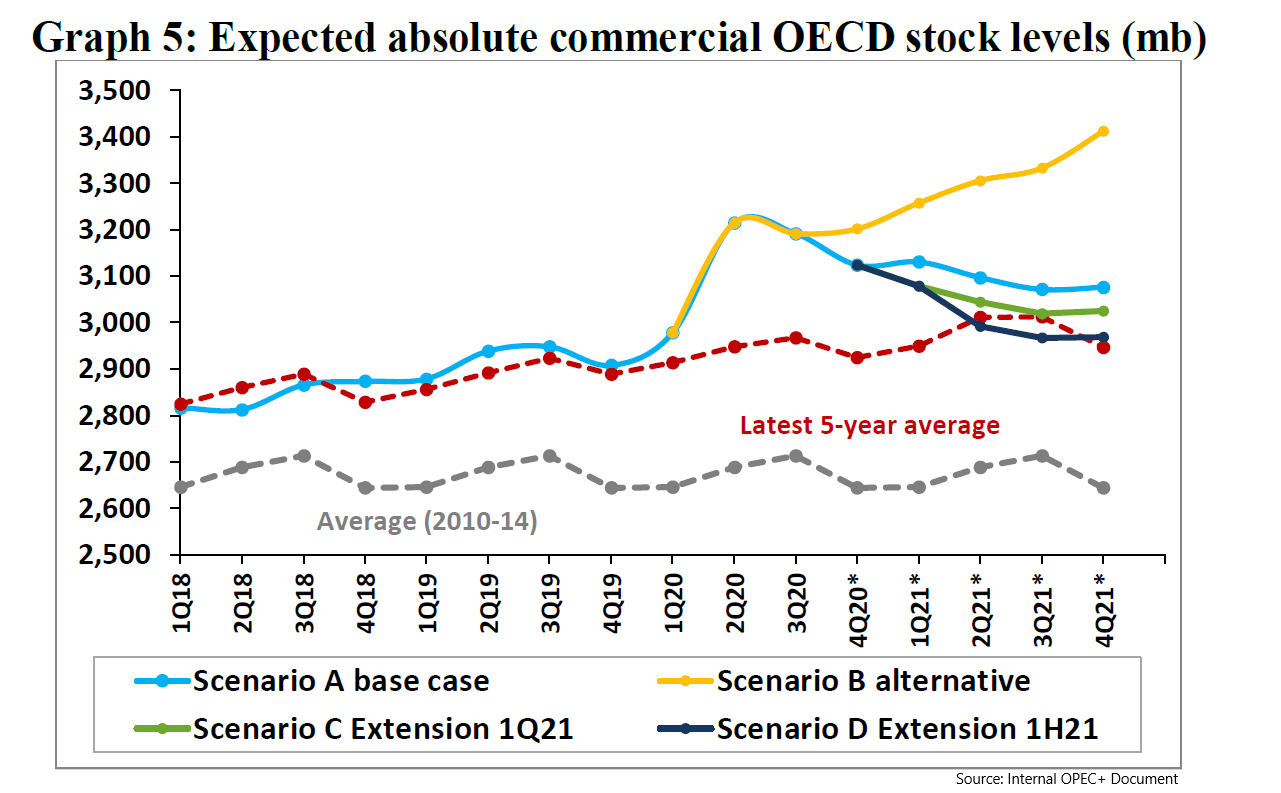 Joe Biden Rolls Out Economy Team, Says ‘Help Is On the Way’