LONDON (Reuters) – Global oil stocks which rose during the height of the pandemic are being steadily reduced, the International Energy Agency (IEA) said on Wednesday, but a second wave is slowing demand and will complicate efforts by producers to balance the market

OPEC+ producers – OPEC members and others including Russia – plan to boost supply by 2 million barrels per day (bpd) from January and the IEA predicts a ceasefire in Libya will raise output there to 700,000 bpd in December from 300,000 bpd currently.

“There is only limited headroom for the market to absorb extra supply in the next few months,” the IEA said in its monthly report. “Those wishing to bring about a tighter oil market are looking at a moving target.” 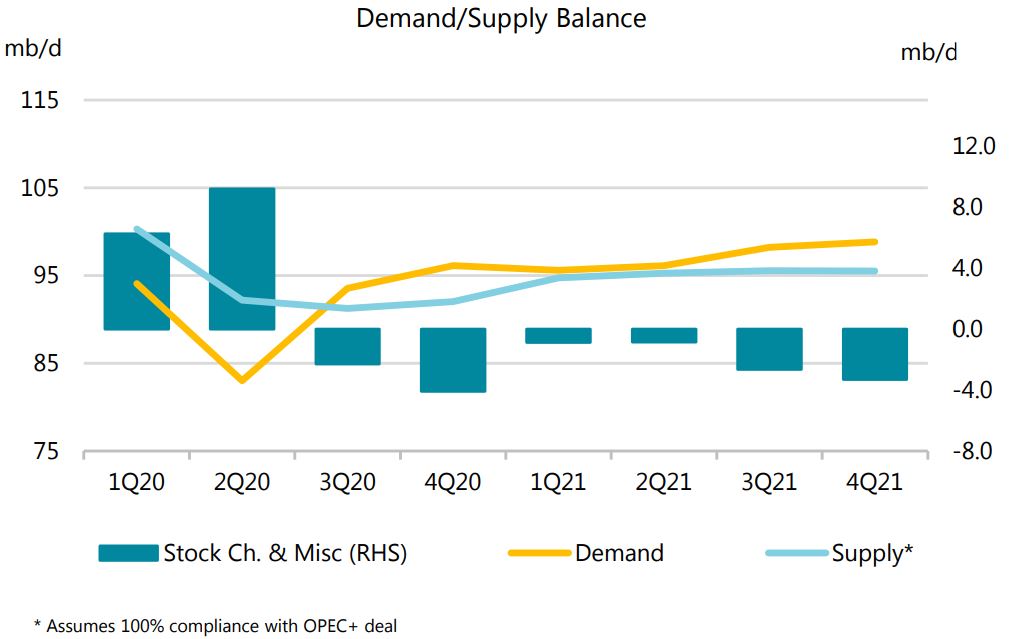 The IEA said “the efforts of the producers have shown some success”, noting relatively stable oil prices and a strong draw on storage, with implied global stocks falling by 2.3 million bpd in the third quarter and by a predicted 4.1 million bpd in the fourth.

However, the agency added that a demand rebound over the summer was now slowing due to a second wave of coronavirus cases and new movement restrictions.

“This surely raises doubts about the robustness of the anticipated economic recovery and thus the prospects for oil demand growth,” the IEA said.

Global oil supply fell in September, the IEA said, as OPEC+ countries improved their compliance with output cuts and aided by maintenance and outages which reduced flows from Brazil, Canada and the North Sea.

But the draw-downs were not uniform, with stock in the U.S. and Japan down by 6.5 million and 1.8 million barrels respectively, but European storage up by 3.3 million barrels.

Oil Falls Back Below $41 With Dollar’s Gain, Weaker Stock Market