Located in the South Gobi Desert in Mongolia, immediately next to the Chinese border, Elixir’s Nomgon IX CBM PSC covers an area of around 30,000km2 (over 7 million acres). This is a region that is exceptional in its combination of massive potential gas resources, minimal competing land uses, and a location right in the heart of Asia.

China is experiencing a rapid rise in gas demand driven by air quality concerns in its major cities and legislative changes resulting in a largescale switch from coal to gas, along with an increase in renewable energy. Yet China is unable to produce enough gas, forcing it to import to meet domestic demand. This shortfall is being met by pipeline imports from Central Asia and Myanmar, as well as more pricey LNG imports along the coast.

The company is led by a management team and board with a history of CBM success, including former Santos (ASX: STO) executives Neil Young and Stephen Kelemen, while the Chairman is Richard Cottee, the “godfather of Queensland coal seam gas”, who famously took Queensland Gas Company (QGC) from a $20 million capped junior into a $5.8 billion takeover play.

Cottee says the major de-risking task he faced in 2002 at QGC is similar to that facing Elixir now, “Elixir’s Mongolia coal seam gas (CSG/CBM) acreage appears to contain a large portion of gas-prone coal with acreage roughly equivalent to what QGC held in 2002, when QGC had a similar market capitalisation”.

The current drilling program will see Elixir drill two fully tested core-holes and it has the option for a third.

The primary aim of the exploration program is the drilling of fully tested core-holes to determine the presence and thickness of coal, gas content and composition, permeability, the results of which will feed into a contingent resource assessment in the new year. These core-holes are targeting Elixir’s developed CSG leads, which were defined by surface outcrop, gravity and 2D seismic mapping.

In an update on its current drilling program, Elixir report that it spud its key well, the Ugtaal-1 core-hole, last Monday, November 11 2019. As reported by Finfeed.com, this is the first well drilled into its independently assessed 40 trillion cubic feet best estimate, unrisked, recoverable gas resource on the doorstep of China.

As of Sunday 17 November it had reached a depth of 122 metres and has so far intersected lithologies include conglomerates, carbonaceous mudstones and thin coal stringers.

Two rigs are being used and both have been winterized and the desorption lab now set up at Ugtaal-1. 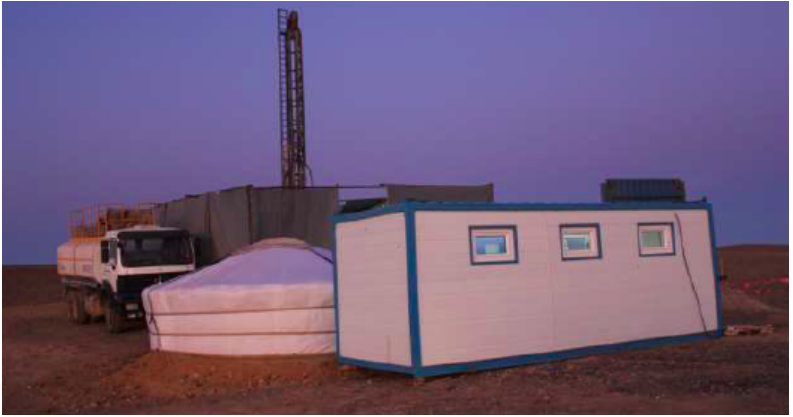 The current program is fully funded, while all wells are being drilled under a turn-key contract such that Elixir is paying on a per metre not per day basis.

Prior to the spud of the first core hole, Elixir’s drilling program started with low cost chip-holes with multiple calibration and exploration aims.

Analysis has now commenced on the encouraging findings from the BO-CH-1 chip-hole, which reached a total depth of 738 metres. The chip hole demonstrated gas in the system, coal seams of a thickness which are productive in Australia and natural fracturing which may support good permeability.

The second chip-hole, BO-CH-2, had reached 408 metres as at Sunday morning 18 November.

Elixir’s Managing Director, Mr Neil Young said, “With the spudding of the Ugtaal-1 core-hole we have now commenced our key well for 2019. We anticipate the well reaching the Permian section later this week after which we will start testing coal cores for their gas content.”

Electric Future Forces Reckoning for Nations All In on Cars