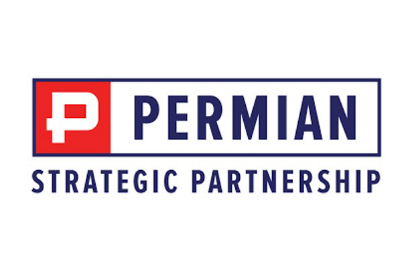 “The terrible reality is that our region is averaging almost one fatality per day on Permian region roads. This investment will save lives on roads that have been overwhelmed by the growth in traffic our region is experiencing as we work to deliver Permian energy to the world,” said Chairman Evans.   “We thank Governor Abbott, Chairman Bruce Bugg and his fellow Commissioners and staff, and our state and local officials for recognizing and acting on this critical public safety need.”

Today’s vote on the 2020 Unified Transportation Program was the culmination of more than a year of work by the PSP and our many partners to highlight the urgent need for improved roads in the Permian.  A recent TXDOT study revealed that while the Permian represents only two percent of the state’s population, the region had a disproportionate eleven percent of all traffic fatalities in Texas in 2017.   PSP leaders have hosted federal and state transportation officials in the Permian to show them the problems first-hand.

PSP and its member companies identified the need for road improvements as one of the most critical infrastructure challenges facing the region and made improving transportation one of its five priorities, which also include better schools, quality health care, affordable housing and improved workforce development.

“We are delighted that the Texas Transportation Commission has stepped up to act on this priority need, and we are hopeful that federal transportation officials will also take notice and action, because in addition to saving lives, improving roads in the Permian is an investment in economic and energy security for America,” said PSP CEO Tracee Bentley.

Severance taxes generated by the energy industry are bringing record resources to the State of Texas to support Texas schools, roads and other priority needs. The Texas Comptroller estimated severance tax revenue of $10.7 billion during the fiscal 2020-2021 biennium, revenue which benefits the entire state.  One in every six jobs in Texas is directly or indirectly supported by the energy industry, according to an analysis by the Perryman Group, a Waco-based economic research firm.

The Texas Department of Transportation funds approved today will deliver long-term road safety solutions including grade separations, widening roads to four-lane divided highways, adding acceleration and deceleration lanes and providing wider shoulders for safe enforcement activities. Permian Basin groups actively worked together, and PSP is proud to partner with a wide range of local organizations, elected officials and community leaders on this team effort to clearly explain the critical need for road improvements in the Permian.

About The Permian Strategic Partnership:

The Permian Strategic Partnership is a coalition of 19 energy companies that have come together to address current and future challenges surrounding the responsible development of the vast oil and natural gas resources of the Permian Basin, which is projected to be the world’s fourth largest energy producer by 2025.

Recognizing that industry’s relationship with the Permian communities is a symbiotic one, PSP was formed to improve the quality of place for Permian Basin families by partnering with local leaders to develop and implement strategic plans to foster superior education, accessible housing, a supportive healthcare system, workforce development, and safer roads.