Commentary: Refuting the Myth That Just a Small Area of Solar Panels Plus Storage Can Power the World – Alex Epstein

What’s a Car and What’s a SUV? – Pricey SUVs Emerge as Hot Point in Debate Over EV Tax Credits

Europe Needs a Climate Tech Plan to Compete With the US or Europe is Doomed, an Early Tesla Investor Says

House GOP seeks new restrictions on use of US oil stockpile 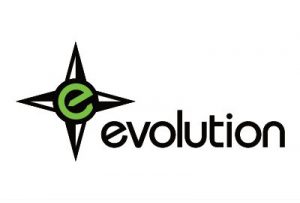 With the addition of EM Downlink, users can now rapidly communicate downhole with EvoOne to optimize performance and minimize non-productive time (NPT). These benefits will enhance EvoOne’s already industry-leading reliability. With this real-time communication, EvoOne can stay downhole for an extended period facilitating longer runs during the drilling process.

“The addition of EM Downlink functionality to EvoOne is significant. With this feature, our customers are now able to take full advantage of our Unified telemetry platform to maximize rate of penetration and minimize non-productive time without impacting drilling operations. The advantages of Electromagnetic Telemetry are well known and are of particular importance to improving drilling times in regions like the Permian, Mid-Continent, and Duvernay where formations are problematic to EM communications,” stated Paul Crilly, CEO and President of Evolution.